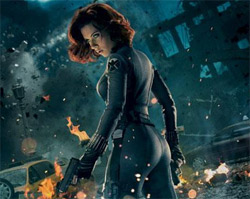 It's a perfectly serviceable ass, sure, but we need franchise caliber ass.We here at Marvel Studios have carefully planned out several years of super hero films, gradually expanding the Marvel universe and bringing you the characters you know and love like the guy with two machine guns, that robot, and the guy who talks fast. These are human dramas that connect with new audiences that maybe have not followed the comics.

2015 is all planned out with Avengers 2, then 2016 with Captain America 3, then we're going Guardians 2. But at some point, we want to slip a succulent couple of pants hams in there somewhere. 2018 maybe? We need the juiciest, nastiest ass you have ever seen, bouncing around in tights. We want this ass to blow people away. And we have to find the right ass before Marvel Studios can commit to making a female super hero film.

Strong female characters are what Marvel is all about. We have Black Widow and that SHIELD lady who was in a couple movies. And there is Iron Man's secretary. We got Gwyneth Paltrow for that. 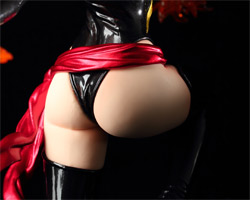 The ass from a Marvel toy is a step in the right direction. We are not above using a stunt ass or spending millions on computer generated ass.All decent asses, sure, but if we are going to have summer box office rest on one ass, it has to be a phenomenal shelf. A real rowdy tail pipe. It's got to look good in 3D. That butt has to put other butts in seats and then also make dicks rock hard. We're talking Catherine Zeta Jones Entrapment slide ass times two.

Of course it's not all about the ass. Not at all. We want to tell a story about a woman who is intelligent, determined, overcomes adversity, and also has amazing tits. Just head to toe the complete package of what you think of when you want a strong woman protagonist. I'm talking Jane Eyre meets Lisbeth Salander with Kate Upton's rack and a bodysuit where you can see nipples and camel toe and everything.

Marvel is committed to satisfying our fans with a perfect combination of female strength, wit, and sex ass. It'll be a teenage boy's wet dream by way of multiple major corporations run by old men demanding bathing suit body shots from Hollywood's most talented actresses. Timing and ass. 2018. I think it's finally in the cards.