Dungeons & Dragons Module B3: "Palace of the Silver Princess" (Part 1) 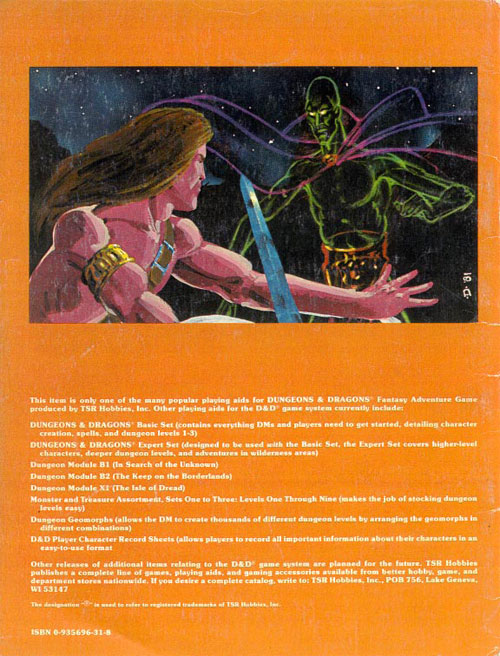 A statue of a small dragon readying for flight is leaning against the northeastern corner of this partly carved out room. A set of stairs going up is in the north wall. The whole room appears to have been cut from the living rock, instead of built from rocks brought in from mountain quarries. This area does not appear to be made from marble.

Steve: I salute the might of the dragon and conceive of a lyric about a dragon flying over a legion of skeletons and blasting fire into the midst of a rank of wizards.

Zack: The statue does not react.

Steve: I guess it's time to head upstairs.

Zack: The adventure continues on the second floor, but that is all for this installment of WTF, D&D!?

Steve: What an intense cliffhanger! Will he climb the steps? Won't he? Will one of Cathy's pits waylay the brave bard?

Steve: The worst part is I didn't even get to see the promised Illusion of the Decapus. What is this ripoff crap?

Zack: It's not my fault you didn't run a perfect course through the dungeon and rush straight for the Decapus. You had a copy of the map too.

Steve: Uh, clearly that was DM's material. What sort of gamer are you that you don't respect DM's material. The game world descends into anarchy if players read the wrong boxes.

Zack: See you next week, folks, with the exciting conclusion (hopefully) of Palace of the Silver Princess.