"Gerald the Demon of Nothing is Impossible" 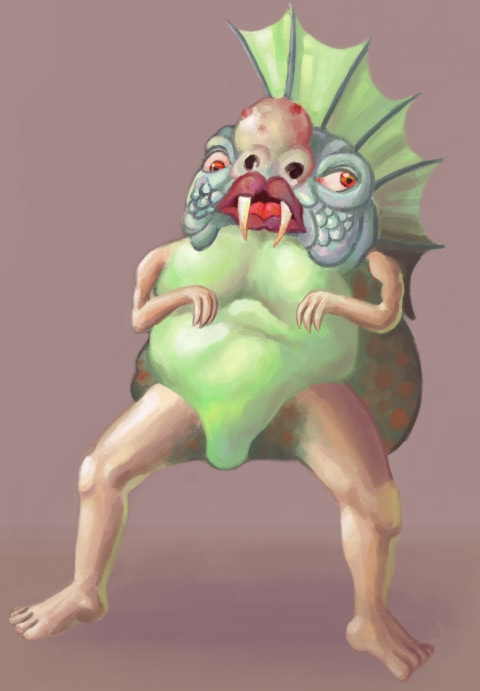 Description: Gerald has spent most of his demon life overcoming the hardships of being born with squirrel arms. Despite ridicule from other demons during his childhood, Gerald has gone on to accomplish a number of seemingly impossible feats. He is classically trained in both guitar and piano, has climbed mount everest, swum the English channel, and won the 2004 olympic gold medal in discus throwing. He has graced the pages of the Washington Post, Time, and Newsweek. Today Gerald tours the country as a motivational speaker, bringing his story to thousands of schoolchildren a year. In his freetime, Gerald enjoys destroying villages and devouring the innocent.

Zack: I can imagine this guy scuttling around some ruins trying to avoid the giant skull robots and skull jets and skull troopers of the Coalition.

Steve: His nose looks sort of like an octopus head, which is freakin' me out a lil bit.

Zack: Oh, wow, now that you point that out his hold head is messed up. It's like two fish from the side kissing each other and in between them is the octopus.