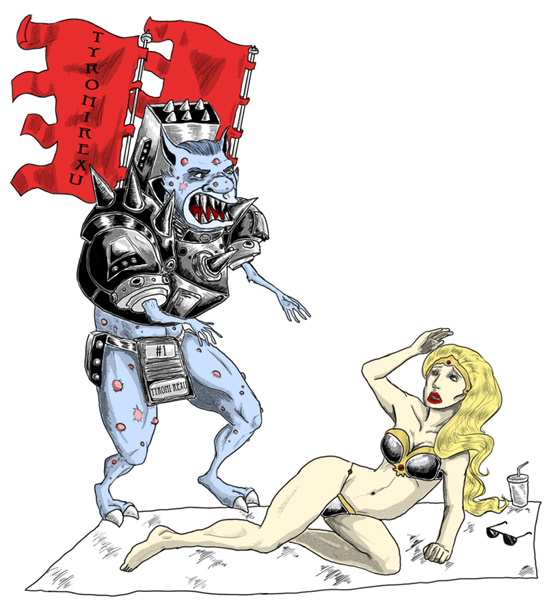 Description: Tyroni Rexu is the epitome of overcompensation. Born with strong, muscular legs, a mouth full of fangs, and dinky little arms incapable of reaching past his knees, Tyroni Rexu dedicated his life to improving his self image and trying to score with women way out of his league. Tyroni Rexu can most often be found trolling the beaches, hitting on beautiful women adventurers and asking them if they're impressed by his guns.

The missiles are actually non-functional and just for show, which is a good thing for Tyroni Rexu, since he's situated the majority of them around vital areas of his boil-ridden body.

Steve: This is the worst summer ever!

Zack: Thanks to the Charles Atlas Power Suit this 98 pound rotten hog man weakling was able to kick sand all over the beautiful woman on the beach and there was nothing her buff beau could do!