Sunday, Mar 30, 2003 by Josh "Livestock" Boruff (@Livestock)
If there is one thing that's universally inspiring, it's seeing disadvantaged people overcome adversity to find the companionship and strength needed to make it in today's uncaring world. The Farkers truly exemplify this. While many would dismiss Internet Pioneer Drew Curtis' bastard children as pathetic fools meandering through the Internet one meaningless hyperlink at a time, they wouldn't be doing these savvy kids proper justice. A couple times a day, every day, the Farkers demonstrate their desire to be normal and understood by crudely communicating their innermost thoughts using Photoshop and any number of random photos lifted from the Associated Press. They take these pictures, and using nothing but love and a small handful of clichés, craft hilarious images for people of all shapes and sizes to laugh at. Unfortunately Fark's labyrinthian interface prevents sane people from using it, thus locking away the precious laughs from common, non-mentally handicapped people. Fark Fotoshop Friday aims to fix this by bringing you some of these hidden nuggets of primal comedy. In this very first and possibly only edition, we look at a recent Fark Fotoshop assignment where the Farkers applied their skills to a picture of some lazy cops. In the end, hilarity did indeed ensue.

Here is the original photograph before the Farkers touched it with their magic fingers! 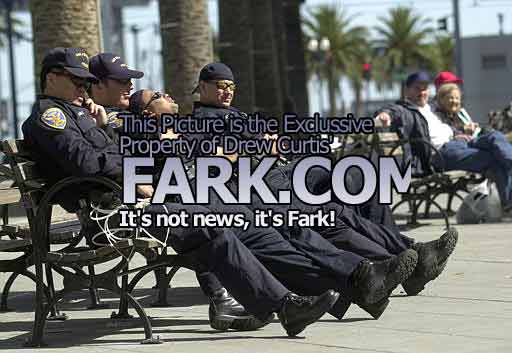 Farker "CD" projects his violent homoerotic fantasies onto some napping cops. I assume the blurriness can be attributed to "CD" wanting this to seem more like his rape fantasies. 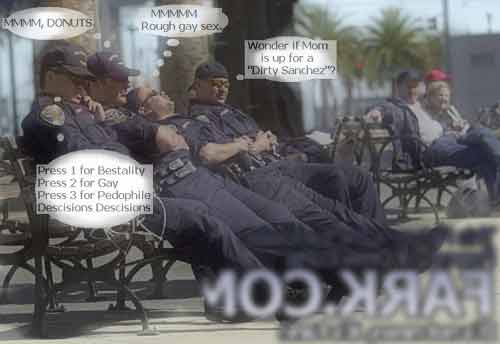 "Gasphalt" almost makes them look like they're standing up. After that I assume he just gave up and quit trying, which is to be expected. 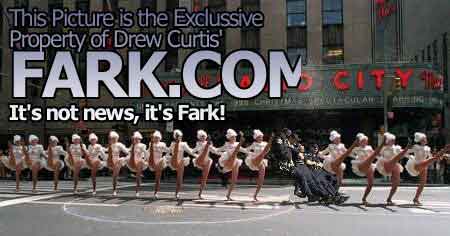 If you can't figure out what's happening in this "Yessim Evil" picture, then don't worry, because no one can. I guess maybe those are virtual reality goggles, but who the fuck knows. 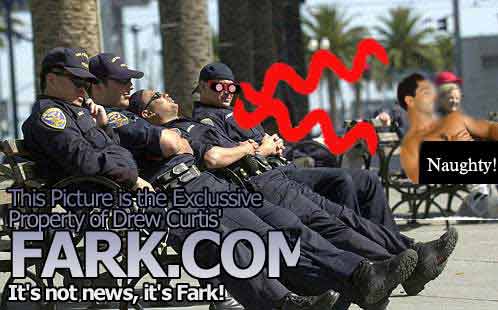 Some lousy simpleton named "Sample" made this. Way to completely lose sight of everything, captain cool. 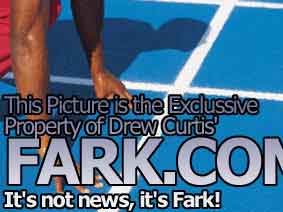