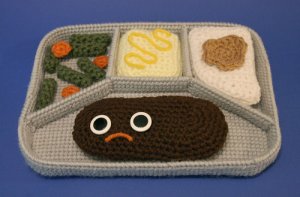 If you're over 18 and live by yourself or with some percentage of your parents then chances are you eat a lot of microwave dinners. These frozen slabs of vaguely foodlike slush make passable meals on nights you don't feel like sitting alone at Wendy's or cooking a Hamburger Helper dish for one. The only problem with microwave dinners is that they always taste the same, reminding you of the rut you've been in since you dropped out of community college to work at a broom factory. Maybe it's time to change things up with one of these recipes.

It's no big surprise that no one remembered your birthday again. You have no real-life friends and no longer get birthday wishes on facebook since that week you made it your birthday every day in a desperate plea for attention. Last year you bought a day-old cake saying "Happy Birthday Ina" that tasted delicious - probably because it was meant for someone else. This year you want something bland and depressing, but still birthday-themed so you can listen to Girlfrendo's "Sad Birthday Song" while eating it. A microwaved Hostess Pudding Pie with a candle will do nicely, especially since Hostess went out of business last month, giving this chalky envelope of artificial fudge an appropriately sad context. As you blow out the candle you can reflect on how this is probably the last Hostess product you'll ever eat, and how you're more relieved than dismayed by this, for many reasons.

Half a Hungry Man Dinner to Save Room for the Vicodin

Vicodin 5mg pills are like Super Mario coins: they're oblong and easy to find, and you need about a hundred of them to have any effect. After clogging your nostrils with opiate-flavored Tylenol, you'll take the rest of the pills orally, which requires a mostly empty stomach. Fortunately, like your concept of the word "addiction," Hungry Man dinners are compartmentalized. You can break off the Salisbury steak and eat it tomorrow, in between trying to pee and apologizing to your online friends for all those embarrassingly effusive messages. 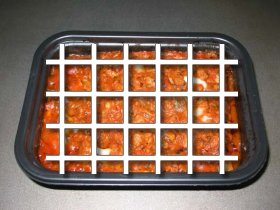 You owe a lot to your cats for giving you both companionship and some simulacrum of physical intimacy. Nine of your last ten erections were from cats lying near you in bed, and that one attempt at making out with a girl would've gone even worse if not for the petting and hair-stroking motions your cats taught you. Cats love lasagna (at least according to the Garfield comics you read every day on your way to the personals) so why not reward your felines with some bite-sized lasagna treats? Just take a microwave lasagna dinner and cut it into tiny squares. Your cats will think you're a benevolent God, and then you can laugh because you know God is cruel and hates you personally. 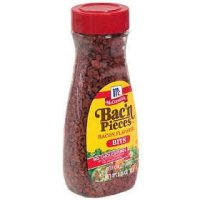 There's a point in one's life when their pendulum of caring/not caring about their appearance swings back to "not caring" again. For most people it's age 50. For you it was when you started considering a lifetime membership to eHarmony. You vaguely remember worrying about how you looked as a teenager, but nowadays it's the last thing on your mind. You even wear those garish nature-themed sweatshirts from your grandma in public, since it beats the social-interaction-a-thon of clothes shopping. Any compunctions you had about your weight are probably gone too, so you may as well indulge your Effexor-addled appetite by sprinkling some bacon bits on your Weight Watchers Fettuccine Alfredo. You won't be earning any "Key to the Future" keychains, but since your future is to set the record for most valium consumed while watching season 3 of Babylon 5 it's no big loss.