~*~ The Book Barn ~*~
Reppin': Mr. SM Holocaust
You may be interested to know that people other than social mutants regularly read books.
There are probably only like 4 of them out there, but they do exist. 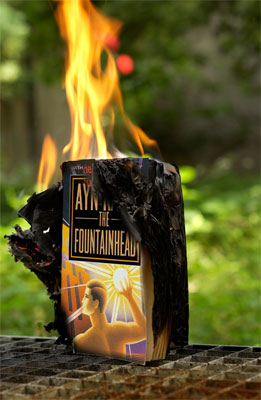 The realism of Zola can sometimes seem forced and over-the-top sensationalistic until you walk into a random room at a multi-million dollar pharmaceutical company and find two janitors with a combined weight of 600 pounds fucking on a conference table.

I can't get my fill of post-apocalyptic stuff- any thing super good? - Wearing nothing but a leather thong, football shoulder pads, a hockey mask, combat boots and his trusty shotgun "Doom Bringer 5000", Goon TobiasMoon roams the cratered wastelands looking for good post-apocalyptic reading. Now he's tired of the stares he gets at the library and the Barnes and Noble at the mall and he wants you to help him in his search. Get out your favorite black trenchcoat and armored means of conveyance because whoever has the knowledge of post-apocalyptic lit is going to rule this thread.

The quality of Terry Pratchett's work is always evolving and improving - This thread exists, but only if you really believe in it.

Terry Pratchett is undeniably one of the masters of light-hearted fantasy and while a majority of his books have focused on poking fun of the tried and true of the genre, he has recently turned his characters down a darker path. Goons gather like trash thrown into the Ankh to discuss Pratchett's prodigous Stephen King-like output all the way from his first tentative steps with the adventures of Rincewind to the three books he released last week and Captain Carrot's Things that Begin With 'R' written and released while you were reading this.

Dune: Are the sequels worth it? - There is definitely no truth to the rumor that Orson Scott Card and Brian Herbert have a bet going on where they see which classic sci-fi series can be run into the ground first: Card's Ender/Bean cashgrab or Frank Herbert's legacy. The forum is split several ways on the sequels with opinions ranging from loving every book to dares to read The Race for God while pregnant and operating heavy equipment.

Let's talk about our favorite poems and poets. - Part name dropping session ("I can't believe I am the first to mention...") of the Norton Anthology and part friendly rugby scrum (yeah it's called Slam poetry, deal with it...), goons show their sensitive side by engaging in a little back and forth about poetry. All the modern greats are mentioned from the man who ruined Black Flag to a border-line mental case pushed to suicide by Robert Graves and a bevy of purported repressed homosexuals. Drop on in to drop some knowledge on this thread as to why your favorite poet wasn't included. Finger snap clapping is optional.

Sadly missing from the thread:
How I love to watch the morn with golden sun that shines,
up above to nicely warm these frosty toes of mine


The wind doth taste of bittersweet,
Like jasper wine and sugar.
I bet it's blown through others' feet,
like those of...
Caspar Weinberger.

Explain to me why Incubus sucks - TheNextDanSmith would like some help. He likes Incubus, but isn't really sure why. Quote of the thread: "I need to listen to some Incubus RIGHT FUCKING NOW"

What is your favorite album of all time? -
NMD is allowed to have PYF threads because we have more refined taste than PYF.

What is going on with Can, theory-wise/musically? - NMD is way ahead of you, Bonar Law. Can is widely loved among NMD readers and there is much advice in this thread.

Battles (and their new album 'Mirrored') - Battles is fucking amazing.

Guess the SONG! - Guess the song.

Hilarious Furry Cub Scout "Internet Safety" Comic Perhaps listening to a bunch of 6 foot tall anthropomorphic animals might not be the best way to learn about internet safety.

The Official Unofficial Gail Simone Q&A (Until She Gets Tired of Us) Gail Simone, yes COMIC BOOK AUTHOR Gail Simone has graced us with her presence. Turns out she is a big fan of the front page but just recently learned that there is a forum.

How Many Of You Aspire To Work In Comics? Gail Simone mania continues as she asks the question that's in the title of this thread. Fuck you, I'm not repeating it again! To answer the question? EVERYONE!

[mspaint] The return of Amalgam Comics!! The premise is pretty simple, combine two different comic characters and then draw them. Its funnier than it sounds.

Funny Panel of the Week!
Hey, its another one that I posted. Go me! 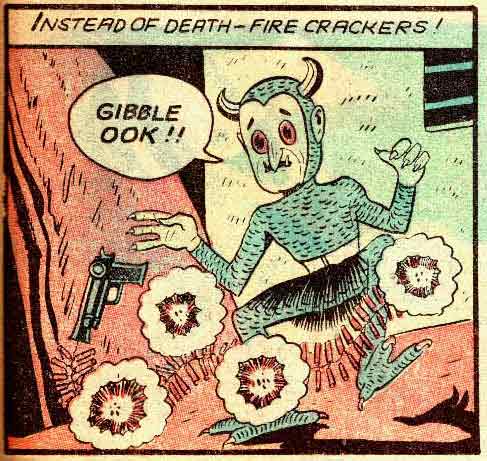