SNL's "Dick in a Box" wins Emmy - According to TV IV moderator waffle iron, "[Justin] Timberlake will be in L.A. the night of the Emmy ceremony that is aired on network TV and the powers that be are trying to arrange a performance." If you're reading this on Monday then the Emmys happened last night and I don't know if Dick in a Box was actually performed or not because these Forum Friday things are done a month in advance. If it did, I'm sure it was reason enough to make the Emmys worth watching for once. Speaking of which...

The 59th Annual Primetime Emmy Awards - FOX 8pm ET - People in Hollywood got to take home shiny pieces of metal, the host made some terrible jokes, award presenters made awkward, scripted banter, there were probably some musical performances, old people who died were given a tribute made in iMovie, everybody jerked each other off talking about how great television is, and TV IV leaguers complained because their favorite nerd cult shows didn't win a glowing piece of our radical rock

Solitary Season 2: Welcome Back to Isolation (Saturday 8/11, 8EST) - Contestants living in isolation from one another are forced to do tasks by a computer until they give up. It's kind of like a more Orwellian Big Brother. That or a much cheaper version.

Survivor: China - Thursdays @ 8 on CBS - Starts Sept 20 - One of the contestants is a gravedigger, which should come in handy during sweeps.

DirecTV's new HD Lineup Available very soon - GutBomb is a self-proclaimed HDTV nut, if the pictures of satellite dishes and number of words in the first post didn't tip you off. He's posting in TV IV because most HD related forums "are a bit lacking in the humor department," which is strange because we all know dudes talking about satellite dishes are just barrels of laughs.

Prison Break 9/17: "Orientacion" - SEASON 3 PREMIER - SHIFT KEY - This season, Michael Scofield is going to have to break out of prison... AGAIN 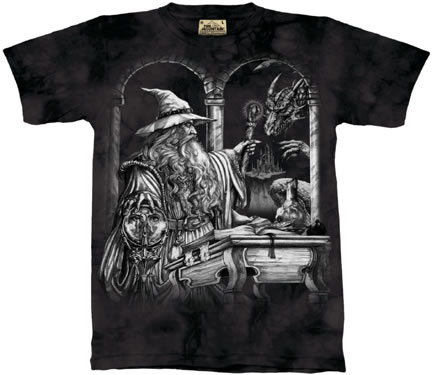 give me music suggestions and i'll write them on my gameboy - The GameBoy enables me to travel while still burying myself in a virtual world of mystery and danger. Too bad I never go outside.

Finish This Garfield Picture - It's Monday. I love to sleep but I'll wake up if it's for food. LASAGNAAAAAAAAAAA! Jon took my lasagna. I will settle for pizza? Za za za? NOTHING. I'm a fat cat and I HATE DIETS!

BYOB is pretty much a dying forum - According to my calculations, BYOB is beginning its descent from forum prominence. The next big craze? Watch & Weight. You yobs had better stop chillaxing and start buying mismatched hipster clothing.

animeboy.jpg - That's me. I'm an anime. Sometimes I say "hai" instead of "yes" and then the person I'm talking to gets all confused so I have to kind of roll my eyes, give a huffy little sigh, and explain the intricacies of the Japanese language.

there are a lot of people with robot avatars - Do you like robots? Then you'll love this thread! And also this link!