I've received a lot of angry feedback over the past fifteen years, from screeds about the merits of shitty grunge and blues-rock groups that people actually scrawled on lined paper and sent through the mail (it seem so quaint to think of them now) to a site where visitors could spank an animated pig emblazoned with my name. Three bands that received negative reviews even felt moved to decry their plights during songs titled "Andrew Miller." (Of course, the songs were all terrible, so I gave them negative reviews.) However, in terms of hate-mail volume, nothing prepared me for the frothing malcontents who've barraged my inbox since I started at Something Awful.

As a disclaimer regarding the incontinent rants that follow, I'll echo my legendary predecessor Dr. David Thorpe, who noted "Most of [the readers] are sane, funny, and extremely polite." The ratio is roughly as follows: For each inarticulate spasm that appears in this article, I received about 50 messages I feel fortunate to have read, from smart people with valuable anecdotes and insights, and about 10 that were even less coherent and/or somehow stupider. 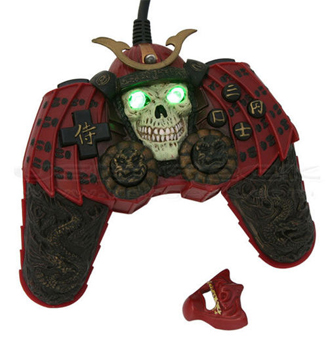 I just saw your text wall bashing on some band. You have your opinion and everyone else has theirs. You wrote a goddamn essay to just say 'weezer sucks'. Ooh, what wit and talent it took to take that and add on 1581 extra words, words which I mostly skipped over because it was so boring.

Welcome to the internet since this is clearly your first day online. One important rule to remember is that here no one gives two turds what your opinion is of anything, so really, just keep it to yourself and do the world a favor. There are enough retards choking the internet with their opinions, so if you want to look really smart just shut up.

I got a lot of messages regarding the Chris Cornell column, the second-most ludicrous of which appears below (the winner shows up on page three). I wrote back to every one of these people and asked them a simple question: Have you heard his new material with Timbaland, and if so, do you like it? No one responded.

I take it you never saw Audioslave Live.

The guy aged between soundgarden & Audioslave, of course his voice sounds different&.and in my opinion it sounds freakin rad.

I'd liked to see you hit any of the notes Chris Cornell hits on any of the records he's put out.
I was born and raised in Seattle ... I saw Audioslave at the paramount ... if you had been to any of those shows ... .maybe you'd understand the music a little more

Record sales aren't everything pal ... its funny you base percentages off those ... its like putting your trust and faith in everyone else..

All 3 Audioslave albums are great ... better than most music that's out.
Chris Cornell has put out really amazing albums since badmotorfinger & on...

It's amazing that to hate-mail-writers and YouTube commenters, Britney Spears remains the default act that people listen to when they're purposely avoiding Audioslave or whatever the fuck else, even in 2008 "& on." Also, I mentioned Audioslave twice, in passing, during this article, whereas this guy drops the name six times in his response. I guess that's the life of someone who devotes his Internet time to defending the honor of a defunct and unlamented band. To take his "try saying positive things" advice, I must admit I really enjoyed his unique spelling of opinions. It's like a portmanteau meaning "opinions about onions." 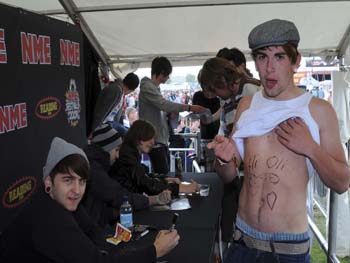 Defenders of the deathcore band Suicide Silence used e-mail addresses that involved 420 and signed their messages with names like "n00dz." The messages were all pretty much equally dumb, so here's the longest one:

I felt compelled to compose this email after reading your article on the "deathcore" band Suicide Silence. I find your criticism of this band and the genre of "deathcore" as a whole highly pedestrian and ignorant. I find it no surprise after being exposed to your piece that you are writing for a website as inconsequential as somethingawful.com. In fact, the irony does not fail to escape me that your writing appears on a website called somethingawful. I guess it is only right that your ignorance and failure of an attempt at journalism appear on this site. Criticizing a marginalized and underground genre such as metal is highly akin to beating Stephen Hawking in a boxing match. An individual with down syndrome could produce work of the same caliber as you and I would recommend to the 'editors' of somethingawful to consider this option because of the possibility of creating something original as opposed to your critique of death metal. In summary, you suck and should not compose another article for the sake of humanity. I suggest you kill yourself and donate your body to science or just decompose so that you may someday contribute something of worth to this world. Fuck you, you dumb fuck.

Yes, people still barrage the site with hackneyed variations on the quip "your site really is Something Awful." However, this might be the most inane example ever submitted, due to its butchering of the concept of irony. If you visit somethingawful.com and you are a literal-minded simpleton, the sort of person who gets pissy and writes tortured analogies because he's mad about a humor column on a comedy site, the exact thing you should be expecting is that the articles are, indeed, something awful. This is not irony. it's the fucking antithesis of irony. Then again, as worded, the bizarre phrase "irony does not fail to escape me" suggests the irony does escape him, as though he visited Something Awful looking for ironic content , found some, was too moronic to recognize it as such, and thus became confused and furious, culminating in the crafting of a sub-literate diatribe.

I have to say that a person of your ability should be able to look and see that your opinion about owl city is merely just an "Opinion". (1) If owl city is such a sad and pathetic band as you make it seem, why is it almost number one? (2) You think your opinion is just that mighty? You say you were looking for music from artists that think it produces a vessel for an important message. Well how retarded are you? Iron maiden would love to project their music as a vessel from satan. Bob marley's music would be a vessel of peace. and the beatles would be a vessel of drugs. 3) BUT THATS OK RIGHT? Cause your a smart person, 4) that can not tie a rational explaination to your reasoning. You truely are a sad and pathetic individual that has no sense. You call out a band cause it's Christian, but what about the satanic bands, that do the same thing just for an opposite power? You know that you are truely an insignificant piece of shit, right? Your opinion adds up to nothing, and you are a pathetic excuse for a blogger, or what ever it is you do?

Do your self a favor and write your reviews with some balls, and maybe some brains if you could get any. 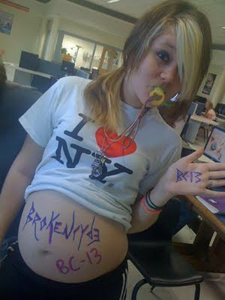 Hi so
uhm i basically read that page you had about Brokencyde,
Just asking you to maybe Stfu (:
Way to hate on them cause your jelous sweetiepie.

"Garbage Day"?
Because that's when your friends stuffed you in a garbage can so youd get taken away?
Mmm thats whatithought;
And left for dead in a dump somewhere that smells as good as you, LOLOLOLOLOLOLOL
And with just your computer to hate on amazing people.
Soyeahdie

This ranks as the most creative burn I've ever received, though it's difficult to follow at times. Why did my "friends" stuff me in the garbage can? That sounds more like the work of enemies, or just a random act of violence, or a revival of the "throwing away a perfectly good white boy" punchline that was all the rage in the '80s.

Its about your artical with hollywood undead. you are an ass. Your like all the asses in the world combined to form you. Sent from the coolest person on earth! (and hottest)

At this point, I'm actually encouraged that listening to the likes of Hollywood Undead and Brokencyde clearly hasn't rendered America's teenage girls intellectually unable to engage in creative similes. And I'm pretty excited about my status as some sort of Voltron figure, able to summon all the world's asses as my components. That kind of thing could be really helpful the next time my "friends" leave me for dead in some trash heap.