With no new releases to skewer, the inexorable march toward absolute catastrophe continues unabated. 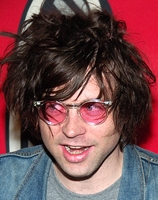 38/37) Ryan Adams "Magick"/Bryan Adams: Ryan Adams hates being paired with Bryan Adams, but he pressed the issue by releasing crap product the same year as his near-namesake. To clarify who's who, one of these guys looks like a post-apocalyptic nomad who survives by sucking carrion bits out of radioactive sand, and the other's 50 years old. Ryan dated a "cock-juggling thunder cunt," and Bryan hosted a Lindsay Lohan shower mishap. Bryan's 11 was a Wal-Mart exclusive, while Ryan's single "Magick" achieved Wal-Mart-caliber genericness. Ryan's ye-olde spelling didn't add enough unique identity to an anonymous song with a witness-protection chorus ("Turn the radio up loud and get down/ Let your body move, let your body sway/ Listen to the music play"). Bryan's fans found 11 too dull and sappy, which is bad news coming from a demographic that devoured his limp-arrow Robin Hood love theme. 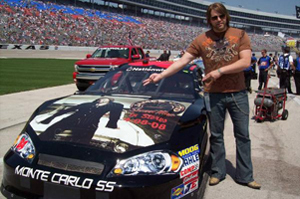 Breaking news: Hick loves NASCAR.35) James Otto: With "young country" being such a bankrupt genre, I probably could have selected hundreds of sickeningly overproduced rubes to fill this token slot. James Otto earned the opportunity with a "Tomahawk Chop meets hick rock" commercial that compounded the agony of anyone sitting through televised Atlanta Braves games last summer. His brother-in-law, who co-produced his horrible album Sunset Man, plays in the fruity (cow)boy band Rascal Flatts, who somehow managed to worsen "Life Is A Highway." Otto's "Drink and Dial" should appeal to anyone who always thought Black Sabbath's "Sweet Leaf" needed fiddles, lots of goddamn fiddles.

34) Me First and the Gimme Gimmes: The idea of Warped Tour dudes performing pop-punk covers of easy-listening standards might have made for a marginally amusing one-off concert. Instead, Me First and the Gimme Gimmes have bled it for twelve years and seven albums. Undeterred by having long ago exhausted their inspiration, the group actually recycled their first album Have A Ball, rehashing the same artists on 2008's this-really-fucking-happened release Have Another Ball. Someone must hide their stupid matching outfits, feign interest in their day-job bands, anything to prevent them from exhuming their second record, a showtunes collection called Are A Drag. 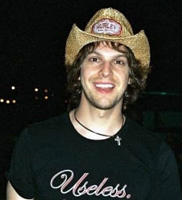 32) Rosematter: Which of the pictures below depicts the band Rosematter, which captures the cast of High School Musical 3, and which is a calculatedly multi-cultural advertisement for the fruity clothing brand United Colors of Benetton? Look at the photos again, and you'll realize it's worth indicting every suspect in this lineup, because they're all goddamn guilty of something. Besides, by the time anyone solves that puzzler, it'll be February 6, and Rosematter will have played its just-announced final show, leaving the world unlamentably bereft of D-grade Paramore mimicry, industrial-grade peppiness and Chuck Norris-referencing song titles. 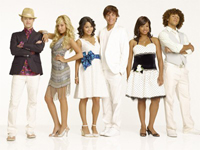 31) The White Tie Affair: From the looks on these guys' made-up faces, you'd think they have an image to protect, like they came from some allegedly important band like Interpol, or maybe they're like an Alkaline Trio cover band, or the Good Charlotte brothers, making another tragicomic attempt to be taken seriously. Sorry, dudes, but when your dress-up play date is over, you're still in The fucking White Tie Affair. 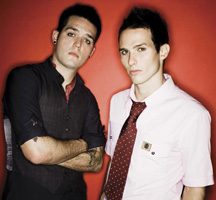 30) The Maine: The Maine might be an appalling emo shitfest, but check out their distinctive photo faces.