Hey hey! What's up, rock 'n' rollers! Daryl F'in Hall here ready to give you the inside scoop on the big tours and hip festivals that are gonna make this summer even hotter! Everyone knows there's nothing better than going out to the local fairgrounds and seeing your favorite bands rock out with their you-know-whats out all summer long! 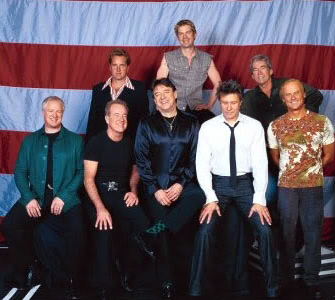 Once these guys start playing, you'll wanna "Stay the Night"!

Feel like spending your "Saturdays in the Park"? How about the amphitheater instead! This summer, rock legends Chicago are gonna be touring from CA to PA, bringing their trademark horn-infused rock sound all across this great country of ours. This year marks the 25th anniversary of the band's new singer, Jason Scheff, joining the group - though you can hardly tell he's not Peter Cetera, his voice is so velvety-smooth! Adding to the mix is the funktastic Doobie Brothers Band! Both groups bring such energy to their performances, and still rock after all these years. But get a babysitter - these guys are known for their long performances, which means you might not be "Takin it to the Streets" 'til "25 or 6 to 4"! 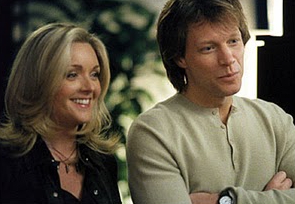 The Kid may Rock, but Jon Bon's still a young gun!

Now, all you parents out there - want something you can bring your kids to? How about a mix of the old and the new - '80s rockers Bon Jovi are touring with rap-rock king Kid Rock, a show you and your kids will both get a kick out of! For those of you not "in the know," Kid Rock has had plenty of hits, including his breakout "Bawithabaw" and the country-twinged "Picture," a duet with the gorgeous and talented Sheryl Crow. Now, some of Rock's racier singles might get played - including "American Bad*ss" - so you might want to leave the very youngest at home, but he's been known to show a softer side too! And of course, the legendary Bon Jovi will be ending the night, so you can show your kids their folks know how to rock, too! 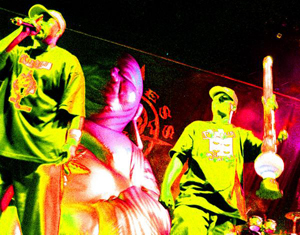 Rap music has its own magical mystery tour!

All my "gangstas" in the house, where you at? Well, get ready to get OUT of the house and head to your local venue for the best hip-hop tour of the summer! That's right, rap band Cypress Hill are going out on tour again, this time promoting their new album Rise Up. This tour is gonna be hot - and not just because there'll be a little extra "blazing" on stage to make you go "Insane in the Membrane," if you know what I'm saying! The Hill's shows have been known to be quite the party, so get ready to "Jump Around" and break a sweat, cuz this concert is going to be off the hizook! 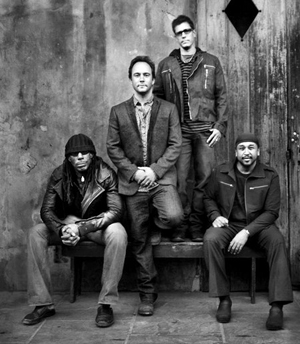 And for the, shall we say, freer spirits among my readers, we have great news! The Dave Matthews Band is going coast-to-coast this summer, bringing their jamtastic grooves all around this great U S of A. Their sound has changed a bit since the terrible death of saxophonist Leroy Moore, but the boys still manage to make quite the enchanted evening - especially if you happen to know an "herb"ologist or two! And for the older folks out there, don't be shy! It's the perfect opportunity for you to rediscover your inner flower child and reunite with the college crowd! So go ahead, throw on that old tie-dye shirt in your closet and go wild! 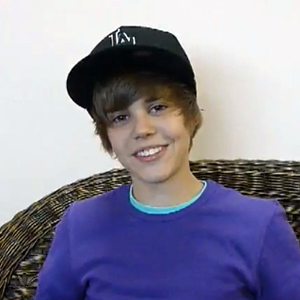 The biggest thing every summer is all the big music festivals that'll start happening soon, from Lollapalooza to Coachella. But ol' DFH is gonna let you in on a secret little festival that hasn't gotten a lot of coverage - The New York State Fair! Nestled in the heart of Syracuse, NY, this festival has everything - music and more! Big-time headliners like Aerosmith mixing with up-and-coming R&B artists Rihanna and Justin "Baby" Beiber! And if your ears need a rest from all the rockin', you're in luck! Comedian Jeff Dunham and his box of puppets are doing an act as well! Get ready to sit down on your favorite blanket, nuzzle up with your favorite lady (or fella!) and laugh, laugh, laugh!

Now, careful you don't waste your money on these next few shows, folks! First, we have the infamous Lady Gaga (or Lady Blah-Blah as I call her! Ha ha ha!). After she destroyed a beautiful grand piano on stage at the American Music Awards, I decided to look into this little pop "sin-sation," and I can tell you, unless you're one of those folks who likes Cirque de Soleil (count me out!), this isn't the show for you.

Second up is one I'm sure all the kids will be talking about, but try to keep your tweens and teens away from the Limp Bizkit/Snoop Doggy Dog summer tour. The last thing the world needs is another bunch of rappers talking about guns, hoes, and "Nookie," but it seems people today just can't get enough.

Lastly, I'd avoid MGMT's summer tour as well - they aren't crude or offensive, but it sounds an awful lot like disco to me, and if there's one thing I (and I'm sure you, rockin' reader!) can't get behind, it's disco - especially 30 years after it (finally) died!