Tori Amos fans not only use the word "fairy" as adults, but also spell it "faerie." They can select an out-of-context Tori lyric to justify melodramatic overreactions to any imaginable situation. They respond to fucking YouTube comments with sentences like "The sexist, misogynist specimens will ALWAYS feel threatened in the presence of the invoked Goddess." Delusional fantasy-kingdom inhabitants given to histrionics and wordy, self-impressed defenses of their deified heroine: Yeah, I'm sure these are the sort of people who take criticism well. 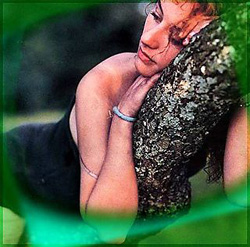 Tori grinds suggestively against trees because a) she's an ageless nymph or b)she's fucking weird.I once knew a Tori Amos fan who spent hours selecting a stuffed animal that she felt uniquely captured the singer's pig-suckling pixie poet aesthetic. She then spent days rehearsing the spiel of gratitude and devotion she'd deliver while tearfully delivering the plush dolphin or space dog or cement-wrapped kitten or whatever. When it came time for the post-concert meet-and-greet, she blurt-screamed "I love you" and clumsily shoved the gift in her idol's face.

The fan site Undented collects dozens of similar stories, people bemoaning how their attempts to deliver embarrassing speeches such as "Thank you for helping me open so many doors in my life and for looking out windows I did not even know were there" were thwarted by even more humiliating behavior such as crying, hyperventilating and (probably) pissing themselves. It's like a largely female premature-ejaculation support group. In all the anecdotes, Amos seems to be a remarkably good sport, but it's little wonder why she spends so much time in the studio, writing needlessly long records as a way to avoid uncomfortable interactions with drooling fanatics.

Abnormally Attracted to Sin is Tori Amos' fourth straight 70-plus-minute exercise in flabbergasting overkill. Previous efforts include a concept album about beekeeping and Gnostic mysticism, and an even fruitier concept album called American Doll Posse, in which Amos "inhabits five female personae based on Greek mythology." 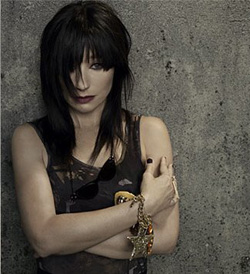 Tori as Pip, the "Jo" from her self-contained "Facts of Life" cast.For example, the "woman warrior" Pip takes the lead during the confrontational "Fat Slut," while the politically minded Isabel receives dubious credit for "Yo, George": I salute to you Commander and I sneeze/'cause I now have an allergy to your policies it seems. Each "doll" comes with its own wig-intensive fashion makeover. Tori's cosplay-caliber worshippers show their support by dressing up as these characters. This is all dumbfoundingly fucking true.

Before I go into detail about Abnormally Attracted to Sin, I'd like to mention the best things about Tori Amos' career. This isn't for the benefit of her fans, who already know all this stuff (and a disturbing excess of other Tori details) and have already left to start writing hate mail containing words like "heteronormativity," but instead for people who have always thought Tori Amos was potentially hilarious, but have shied away from typing her name into search boxes for fear that they'll sprout fairy wings as soon as they press enter. 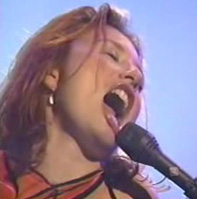 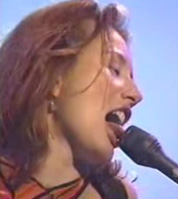 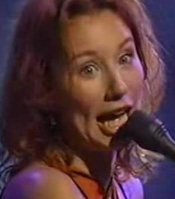 Anyway, Abnormally Attracted opens with "Give," a decent Portishead-style dirge. The album ends with a quality instrumental coda after Amos has stopped singing. "Maybe California" does a nice job with Tori's old piano-and-flittering-butterfly-vocals formula. That leaves 14 tracks and 60-something minutes of mostly filler.

It's hard to describe an album constructed in such a dumb manner. The Spinal Tap standby "shit sandwich" makes sense in a way, but the album's "meat" (or given the earthy demographic, gross vegan equivalent) isn't shit, exactly, more like something airy and light that yields diminishing returns when consumed by the pound.

Two tracks ("Starling," "Fast Horse") apparently don't even exist, because no one has weighed in on the words at lyric-discussion sites such as Song Meanings, and Tori Amos fans will fucking discuss anything. I played these tunes a few times without anything registering: The only note I scrawled about them was "time suckage."

Amos enjoys a reputation for obtuseness, but she occasionally writes the most obvious shit possible. Once I watched some anonymous lump perform the lines "what if wrong was right, and right was left?" I concluded he was the worst lyricist I'd ever heard. But Amos comes close to echoing his idiocy with "I left the right man" and "I wronged the right man." She stoops to "Ophelia/I feel you" wordplay, and writes a song called "Mary Jane" about marijuana. Unlike previous "Mary Jane" songs, this one contains the phrase "Tetrahydrocannabinol Pure Isomer Dronabinol." This is not a positive development.

I applaud the direction Tori's career has taken, because I prefer spectacular failure to polite competence. Also, I appreciate that she's started to frustrate her odd parasitic following, who wants her to go back to writing stark piano songs about her personal tragedies so they can glean unearned emotional depth from feeling vicariously harrowed.