FOR FUCKS SAKE PUT ME ON THE BACHOLER ALREADY, YOU STUPID TV N-WORDS!!! 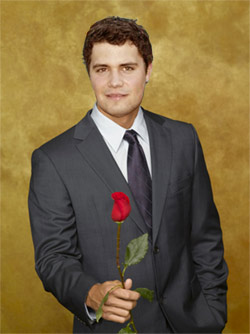 This is just a "mockup" not official from ABC.Yo they told me to put the title like that cuz N-word is unoffensive against blacks or whatever so I should use that because I can't soften my rs lol whatever the fuck that means.

Annnnnnnyway, What the fuck is up I-town!? Yeah, I am wrecked up in some trees right now so excizzuse the fizzumes.

It has been too goddamn long since I have put shit in this blog column thing. Been busy with tweets and facebooks and celebritie. So this is like an important update of all my action I have been on since I last wrote up some shit here.

When was the last time I wrote this shit? Like June? I think it was about the time Doofus wrecked up his mustang but before my mom set herself on fire doing those whiskey cigarettes she likes to do. Or maybe both of those were after. Whatever, it's all old bullshit now, because I have new observations and issues to disteminate.

First of all I saw on Mrs. Palins facebook that America is gonna make a death panel to put Torq on trial WTF!?!!?!? I saw this shit and it was like "Tulk ain't nothing but a piece of shit and so because he can't figure out how to open up a slim jim we aren't gonna let him go in a hospital." What THE FUCK is going on here people? Did he get arrested or some shit? I knew I should have kept my boy away from that lactonic motherfucker Todd who is bad business.

I tried to ask Mrs. Palin on Facebook but I guess she defriended me after I talked about getting some sauce all up in the eye of Regina who is just some dancer I know from Catbox in Windsor. Goddamn Mrs. Palin is so touchy these days. Quitting everything. 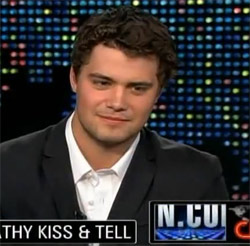 Levi says relax, but fuck that, get me some somas.But what I got to say is I talked to Tank, my manager and agent, and he is gonna find me a lawyer to make sure Tramk has got all his powers of attorney shit sorted out and can't be put to death.

Because like I said before ain't nothing is wrong with Turb, it's wrong with the whole world. He just has a different set of skills. I will write a damn letter to the black president if I have to to get this shit sorted out and get some pardons going.

Anyway. I am all over the Palins. I mean, yeah, okay, Bristol is the mother of my two kids and she still has a couple gallon milkers, but I got to move on. I got book deals and shit going on, people telling me I should be on TV shows, and of course like it says in the title Tank thinks I need to be the Bacholer.

That show is about this dude (which would be me) who picks from all these ladies who want to get railed in hot tubs and go skiing and then get railed in the snow or like fly in a hot air balloon and look at hills and shit while I rail them. Then I would be supposed to get married, but whatever. I can hit and ride that shit out until the ring is about to go on and then just throw down some foot clan smoke bombs and bust up out of there. Do what Tucker is always saying I do and use my hockey skills for evil.

Whatever, Tucker, I heard you got Brooke pregnant after doing special k at the boat house and then your dad paid for her to get an abortion which is pretty much bullshit dude. I am all about a woman's right to her body or whatever, but you know abortion shit fucks women all up in their heads and plus you got to think about a little bloody alien thing getting wet-vacced out of her tinkle wrinkle.