FREE AT LAST, PIMP AS EVER

I ain't doing this for my health so read this stuff I wrote over here you dripBefore I get started in my shit proper I wanted to throw a shoutout to the family and kids and whatever of phil harris captain of the cornelia maria on deadliest catch who I guess died a while back but I just heard it yesterday from Tucker. I never met him but he was my second favorite captain on that show behind the one dude with the gay name. You know who I'm talking about.

I called her an idiot for that but she said it was a big spoon so worth it. Anyway, I guess peace out Phil Harris. You will be missed getting bleeped for yelling at dumbasses on your boat. I will never forget when you rescued that dude who fell off some other ship, or maybe that was a different captain. Whatever.

Alright, on with the show. Long time no talk. While you dipshits have been measuring dicks with your necks I have been busy as hell. I did two weeks in the tank in Wasilla on a misdemeanor disrupting public faggots (no offense to actual faggots) or something, basically a count of calling a bomb threat to the Papa Johns on Interstate 4 because they forgot I told them cheese sauce instead of that garlic bullshit and I guess they have Caller ID. Really glad papa johns is like a fucking CIA ops center now and you can't order fake shit to shit without fat dragnet and some pasty teenage girl that smells like pickled peppers consulting detecting on the case of the pepperoni prank. 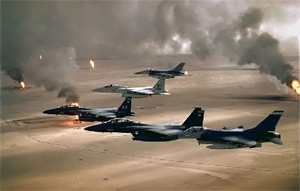 Some oil burned or whatever. Way to go Obama you fuckup.Wasilla jail has a computer you can use for an hour a day and it blocks out most of the porno sites except for something called trannyfluid.net that does not sell synchromax and is probably not marpa approved. You could get around that blocker shit by using this thing called Googles to put in a search and it brought up little pictures, but you couldn't make them bigger. Enough to get you started, but not finished, if you know what I mean. I ended up trading Guy, this French Canadian bare knuckles boxer who got arrested for punching out a FDA inspector, for a fuck book called Boyau that was sort of hot but weird because it was all about women's stomachs. Like, I guess dude, okay, but a lot of them were sort of fat and had weird eyes that were too far apart, same as all canadian women not working poles in Windsor.

Point is, while I was locked up I did some catching up on my news and now that I'm out and can go to this website for my articles I figured I'd say some shit.

First of all you remember that bitch from TV called Kathy Gripons? The one that looked sort of like peggy from married with children if she was a dried up mummy that had to eat people to regrow its flesh. That bitch came up to Wasilla and we did a prank on Mrs. Palin and it's gonna be on her show this month. I got paid 350 dollars and got some free shirts that I traded with Tom Tlingit at the indian post for two cartons of american spirits which then I traded in for a nintendo thingy Bodie stole from his sister's daycare during naptime. Been playing the unholy fuck out of this game called nintendogs and I'm trying to teach the dog to say my name. I think I'm just about there. Anyway, that Cathy show well be in like two weeks or something that shit will be on TV. So whatever TV channel she is on, it's the one with all the housewife shows that nobody with any self respect ever watches. 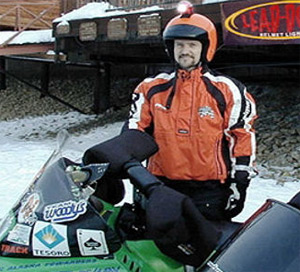 Some woman that likes to get drilled actually married this ball hugger.The news story that everyone is talking about is the gulf war. I guess somebody bombed an oil platform and drill baby drill is over. Don't know if it was pakistan talibans or whatever, same dudes that blew up time square, I was lifting weights both times it came on TV. Way to go obama you fuck stupid moron. I don't really give a fuck though.

Oil is overrated and you only have to really put in like a cup of it every couple months so do we really need that much? I think we'll be fine with gas and diesel. Guy said we should switch to solar power and wind power but I figure they had those things for like ten million years and nobody ever did shit with them, but we've only had car engines for like 50 years probably, so I'll leave that up to the engine dudes.

There was this one fat dude who worked at the jail named Clarence that used to trade me Greenies for dicks I would make out of toilet paper and then autograph. If you ever see any of my work on ebay let me know. Greenies are the best. Todd Palin that lactonic motherfucker was the dude who originally turned me on to them. Used to pop a couple before his snow machine races. Said he would get wicked tunnel vision and start getting real aggressive, doing PIT maneuvers on dudes and throwing out the middle branch when they sailed past in a dead roll down a glacier crevass. I use em for countroar balancing power plays.

When you're down a man you need the edge and trust me you never crushed a dude harder than you crushed on greenies. Get you hard for a fucking day, which you can deal with but you got to plan ahead. I'd pop six or ten of those and put some poor fucker in the boards like I was landing a jet. Start yoking him by his neck and spin him around until he couldn't stay up. I did that to one dude and it knocked something loose in his brain and he was puking constantly for about an hour and I got a bullshit call for icing later in that game and threatened to beat the shit out of Terry the linesman's daughter unless he washed it out, which he didn't and somehow my obvious comedy prank line got me thrown out of the game. I would never hit a woman unless she looked like she might hit me.

The other shit I wanted to mention was that I heard Bristol is getting paid 30 thousand grand for speaking fees for talking about being a teenage mom. For fuck's sake I drove with her in the car one time and she started swerving to turn off the turn signal. She hurt her arm walking into the door at McDonald's and got mad and said they tricked her because there was a sign on the door that said, "open." I know I am not a Palin officially, but if someone that stupid can get that paid there has got to be some way I can get in on a slice of that action.

Topics I could give a speech on for like 7 thousand dollars are mermiad. Johnston Symposiums include:

Shit I could go as low as 4k on those babies if I'm getting a good perideum. Tank hasn't been around much lately, but I'm still working on my pilot, so stay tuned on that. There was something else, but this shit is boring and gay, so whatever.