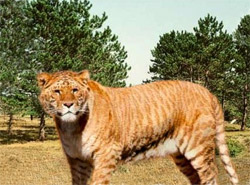 Napoleon dynamite me all you want no other animal contains the raw fury and skill sets of the liger. Heard about these fuckers. All the arrogant BS of a lion plus the special forces stuff tigers bring to the table. Number one predator basically. Short of like satan's hobgoblin or some sort of UFO monster this is about as close as I am going to get to slaying a dragon. I figure I can borrow Tucker's Barret 50. Look on ebay see if they have some cop killer bullets for that. I figure a liger might have like turtle scales or natural armor weaves or something. Like some chobham shit. I am unphazed.

I will draw down on that fucker using some modern warfare scopes I got from tucker's dad and I will blow off his head at the neck with like an exploding bullet and fucking ramp my vespa and catch that head in the air and then land the vespa and carefully drive to a taxidermist and have the head stuffed and mounted and put up on the wall of my duplex I am sharing with bodie and then I will get some katy perry girl in there and be like "you see that? that is the boss animal and I killed it with my bare hands" and then I'll lay some mystery method on her like touch her elbow twice and say "what would you do if I turned around and walked out that door and you never got a chance to have any of my abortions?" 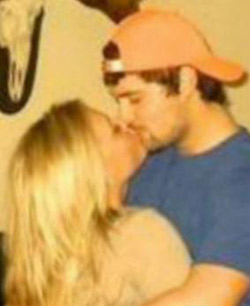 I've already treated my new girl sunny to some sick beats.Revolution 5: Teach myself how to rap

Let's face it: training to be mayor isn't paying the bills. Not even the water bill and water is like free basically it's just the pipes you're paying for. I need a real job and I think with all my hollywood industrial connections I am ready to be a rapper. First I gotta pick my rap character. Jeans Johnston. Straight out of Yoketown.

Gonna learn a bitch and settle shit. Lactonic motherfuckers step back. I will put babies in your whole family tree. Don't even start, bitch. I don't like to hit a girl, but I don't dislike to hit a girl either. I'm hard as dragon bones. I'm hard as teach your baby to read. When I come to wreck a town they board up and evacuate. I'm category seven and I've got crazy sex techniques that will make you think you're dying, but in a good way, like Donnie Darko.

My country rap crossover record will be all Hank Williams Junior covers (including three covers of the football song) done as rap over Italian movie soundtracks and electro from the 1980s. No joke these are my two main loves. The HWJ should be self-explaining but I accidentally Od'd on ketamine and ended up experiencing total ego death while watching cannibal holocaust. That's some dantes inferno shit right there. You look into a shitty abyss when that happens and the shit looks back at you. Trust me. Megahit album.

Revolution 7: Get laid on the Young Money Jet with Mack Maine and Lil' Wayne 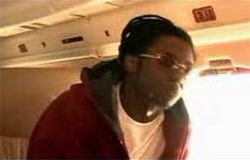 We are going to lay waste to some eastern european shit. Those girls are gonna look like they got stepped on earthworms packed between their legs. Basically with all my shit settled, being mayor, being a rap superstar, I will be able to hang out with Mack Maine and Lil' Wayne on the Young Money Jet and fly anywhere 24/7 while getting pants-piss stupid drinking Remy Martin out of slapping butt cracks. We'll go out to some crazy russian country that still has a tsar and drive around in a tank Mack Maine traded for his diamond covered symbol. Pick up some budapest cooch - that shit is flyin' off shelves, trust me - and get in those guts at 25,000 feet.

They always say on TV that nobody ever keeps revolutions they make, but I keep pretty much all of them. Last year I revolved to get back together with bristol and I revolved to break up with her again because I was hammering the hot hatch on a rapper girl that looked like she crawled out of somebody's trunk in the movie Taken. So doubt me at your own peril.

The rest of yall, the true believers, PEACE.