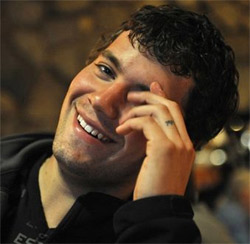 Ha ha ha my life is a big joke I hope you're laughing you vultures.What's up in the internet thing dudes??

Well I better address this mrs. palin shit because that's all you people care about anymore. I haven't been following the news too close but to summary some crazy skinhead dude shot an astronaut and put a bullseye on Arizona and so now it's mrs palin's fault for reloading a gun, only that hannity fucker said it wasn't so I'm guessing the truth is somewhere in between. Then she put out some video blaming the jews for drinking blood wtf???? I don't even know politics is so fucking complicated these days and everyone is always so mad.

My advice is to just calm it down, chew up some special k and baby bird that shit with your girl, go out in the woods and shoot guns at airplanes. Usually does it for me. Get laid. If you don't have nobody to get laid with then go to the Flying J where all the ice road truckers hang out and talk to Hilly T. She looks sort of like if you draw a face on a rubberband and then pull on both ends and her tits look like somebody put HIV in a couple of coffee filters and made a pot of AIDS, but she will half near pull off your joint if you give her a pack of newports and a hostess pie. 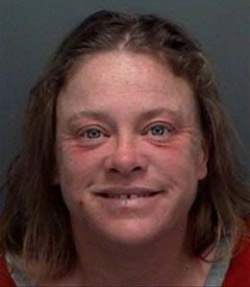 I don't have a mugshot for Hilly because she knows how to escape from handcuffs but this is her buddy peggy who we call gimli because she carries axe bodyspray in her purse and all her ancestors are dead. Stay away from her though that cooter is more crawled on than an anthill.Shit, I would do that myself right about now if I wasn't banned from the truckstop for faking being a fighter pilot to get a military discount. Figured me out when I was buying a bunch of 40s by asking what plane I flew and I stupidly said a megatron. Also after a tugger back by the dumpster I might have grabbed off Hilly's favorite blonde wig and threw it on top of the roof of the trucker showers just to fuck with her. She put some mean lot lizard voodoo hex on me to where I forgot how to use cursives I learned in 3rd grade. Now if I try to sign my name it just comes out as like ten cursive M's. Or is it fiften cursive N's?

Anyway I wish I was the dead astronaut. Tank is no longer answering my calls and I am having to do things other than xbox to try to make ends meet. I sold some blood and all bodie's clean clothes from his drawer, but that only goes so far and plus they don't buy used affliction shirts for SHIT. Those fuckers depreciate worse than a chrysler. I sold bodie's but I just said fuck it I'm keeping all of mine. Same thing with the blood. You think they always need it because they're always asking for it but it turns out it's like a dollar a cup of blood and it hurts like shit.. Need to craigslist some vampires and let the invisible hand of the vampire free market get to work.

That wasn't cutting it, barely keeping us alive on beef and cheddars, so I got a job at Valley Business Machines fixing copiers for them which is hard as fuck. You have to learn all your shit like how to move a mouse and double click buttons and use the exact right parts in a copier or it starts making this weird beeping sound and putting smoke inside the glass part where you press hams. Shitty job unless you're like a huge nerd and love legos or something. Although the people were pretty cool there.

Dude named Chet smoked pot with me and told me about how macintoshes are gay or whatever. I was like fuck that just get me an ipad and he started talking about some thing called a netbook and I told him only books I know are fuckboks and I showed him a copy of Doggone, the all-doggystyle fuckbook that you have to special order because they only sell it in part of Atlanta. Then it turns out after like five days of working my ass off hauling around papers and shit and talking to their ugly nerd faces i was just an "intern" which is like a slave. No money. Got to be illegal.

I said fuck this and threw this bowl of m&ms marcy conrad kept on her desk by the reception area and it broke into like a million pieces on a framed poster for bill gates BS. Also upper decked all their toilets and slashed the tires on their PT cruisers. Geeksquad in palmer is gonna have the edge rapid responding on some dude who clogged up his ethernads trying to watch too many asian tranny videos at once.