HEY MITCH ROMNEY, YOU GOT ANY HOT DAUGHTERS?

Due to a legal imbronglion I have maybe burned several bridges in wasilla and therefore my mayoring options might be limitedHey yo what's up, pickle pals?

Straight off Dean K. yall need to stop sending me dick pics. I don't want pics of a dick and also your dick is super wierd. It looks like a sock full of oranges. I don't want to see your joint anymore, I'm not taking pictures of my unit, and I don't want to meet you at a Rally's in California. Playgirls be damned, I am not a gay dude, no offense to gay dudes. I sympathize.

I heard you guys got it rough with DDT or whatever where you can't get into the army. Oh man, can't get into the army, shit, I don't know what I would do. Oh, right, the same thing anyone not retarded does 24/7 which is not be in the army getting my guts blown up on CNN. No offense to army dudes you're getting your shit blown off for freedom or whatever and I salute you. But I get it, gays, it's about equal rights. Like how you're not supposed to jump trucks off ramps even though stunt people are allowed to do it all they want in a cruel injustice.

Old zombie McCain dude one minute says he'll listen to the generals and then he says nope eff off generals no gays in my army. Whatever, dude did like ten years in a Chinese prison for jet crashing. You know he was horkin' hose like he got paid by the foot. I guarantee that ghostly old dude has had more pipe tossed into him than a scrap pile behind Super Marios. So I guess what I'm saying is let married gay troops adopt babies.

Truth be told gays and everybody else, you're catching me at a pretty low point in my career. My mayoral absorbations have been sidetracked by a political scandal. I was drunk as hell last thursday and after shooting out windows at the school since its off for christmas me and bodie went down to the train yard. He fell asleep hanging from one of those yardarm things and ended up being mistook for a lunch bindle by a train engineer bound for Toronto. 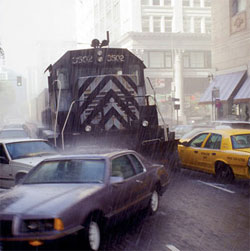 the kick on this is going to be me yanking your shirt up and blazing meteors on your kidneys until you start peeing red Actually I don't know what happened to him he just wandered into my townhouse a couple days later with weird scabs all over the backs of his legs and a stamp on the back of his hand from a bar in some language that didn't even use american letters. I was like what the fuck frodo you filthy fucker get off my white couch you got one ringed by some elves or what? He wasn't saying shit.

Anyway, while bodie was off doing whatever in mordor I came across this train just sitting there. Nobody around and the keys were in the ignition. To make a long story short I got it fired up, killed the last 12 of beast ice and inceptioned that fucker straight through downtown wasilla and into the front of the library. Oh man I was in like four to six police log items that night in the paper. Train hijacking, smoking funeral chemicals, punching out a notary, failure to yield to buildings, crazy sex appeal, brutal yokings of bitches, you know how it goes. So since then Tank has been working the phones and bringing in some robert shapiro fuckers to get me off of all these trumped up train heist charges.

In the meantime I been thinking of taking my shit in a different direction. This Mrs. palin shit is oversaturated at this point. Her hot daughters are all fucked out and ate up by weird hollywood pussy diseases with their business all barnacled up looking like upside down tidal pools. Theres nazi submarines at the bottom of the atlantic I'd rather be in. The only good one left is piper but she's like ten and I am way too impatient I'll end up on some amber alerts or some shit. Nobody really believes mrs. palin is going to be president anyway. Her and that lactonic motherfucker todd can caravan all over glaciers and shoot caribou all they want, america is not voting for a woman that passed out trying to use google the first time. They definitely don't want Todd up in the whitehouse getting his butt grease all over the pillars and statues and shit. 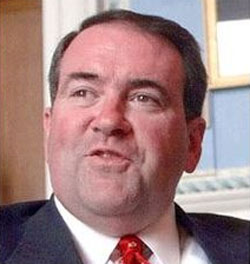 president pancake here is out of the question with a family full of shreks farting up the oval office and getting winded running ten feet in MaddenSo looking at the field I know Huckabee that walleyed fucker ain't doing shit. You know that dude is one terror attack away form downing quarts of rocky road and ballooning back up to his governor weight. Tim Pawlenty is like what you get when you open sour cream and there's that water floating on top of the sour cream and you dump it out or whatever. That's tim pawlenty. He ain't even sour cream. Haley baboor, who is that? Governor of like Mississippi? Oh yeah sure we want to promote the guy for runnning that paradise. When was the last time you ever saw something you liked or heard something really smart and then it turns out hey it came from Mississippi? Never? Yeah, me either.

Obamas got some fine daughters brewing. There's that little one that smiles too much and maybe is fucked up in the head. She's way too young. The other one is like 13, which is still too young, but I think by 2012 that one will be bangable in like the maybe not right but okay in a jerry lee lewis sort of way this is cool. You can squint and make a run for it. But I can't get near those girls. Protected by fucking viper. I'd get two fingers in and some X-files motherfucker would come flying out from behind a statue or a pillar or something and horse collar the shit out of me. Then I'd get sent down to their secret bunker and Obama would be all over me like some major dad shit only with launch codes. No, I'm ruling Obama out. I can't hitch my wagon to him. 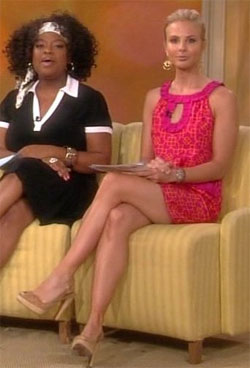 I'll just picture mitch's daughter as elisabeth hasselbeck and I will make her drop them magic underwear and write super tangas on her ass for the picture. That leaves me Mitch Romney. I don't know a lot about the dude. Mostly what I saw on TV and I met him once at a debate I was at and I just remember him asking me about the weather for some reason and I was high as hell off syrup and I said forecasts call for a thizzard and smacked his belly a bunch of times. Then I think I did something with a reporter for the christian science monitor that thankfully wasn't monitored because it wasn't christian or science.

I think Mitch Romney has a hot daughter. I would be willing to get her pregnant as hell. Mitch, I'm a good tool to have in the toolbag because you never know when some bitch might get lippy and need his collar adjusted with a yank and punch. I'll grab the fuck out of Tim Pawlenty and yank that shirt over his head and turn it inside out and red all over. You got a beef with Haley Baboor? That little slumdog berm building motherfucker bobby jindal come at you? I will regulate. I will be your enforcer. You need a website with some pictures of titties? Give me a camera and a computer and I'll set that up too.

Think about my offer, Mitch. Think about the fucked up crazy babies I could make with your daughter. If she's mormon she is gonna be crazy nasty. Like I'm talking wrecked from butt to front, tear up her tonsils and run a gape caper on that ass. You feel me Mitch? You feel me? You feel that shit getting incepted up into your head?