You thought it was all over! Well unfortunately for you I received a rather bland hate mail that is no where near as funny as last time! 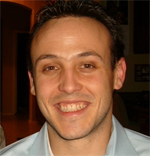 I AM LORD CRIOS. (This is not a picture of Lord Crios)That reveiw of Dark and Light was not fair. You didn't get a ride on a dragons which shows amazing graphics, you didn't ride a griffin, you didn't fight a dragon, and the only reason this game is not very populated, is because the Developers were sued. They're coming out with a new game in Beta, and they're not half assing it this time. The reason you think it is so bad is because the released it to early when the investors wanted their money. This game was fun when it was populated, but when the Devs got sued, it all went down hill. If you want to see the greaters side in DnL, message Faux in game. He's one of the Pioneers who started the game.

I have to admit, plaing at nighttime in game, is annoying as hell though.

Well "LordCrios" since you are a "Player of DnL" I find it to no surprise you are dumb enough to think that I am a credible MMO reviewer. However, you are right; I did not ride a griffin and I am sure if I did then my mind would have changed completely!

Of all the mail I have ever received, I would have to say this is the best, if only for the creepy photo: