My Theory on Gravity...

Wednesday, Dec 06, 2006 by Josh "Livestock" Boruff (@Livestock)
Livestock: if ghost riding the whip is the backyard wrestling of this decade, what would happen if the two were combined???
DocEvil: the chief of police would turn in his grave 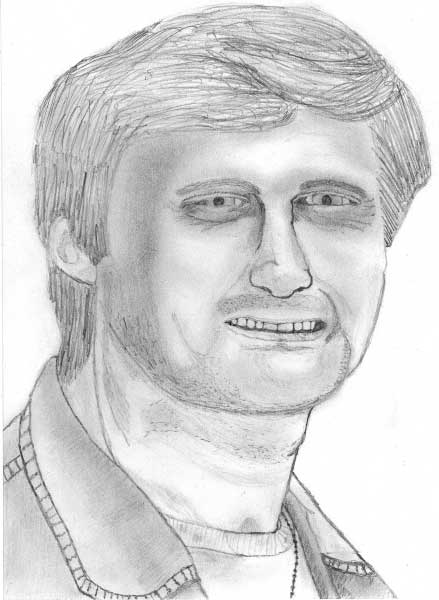 Thanks Bleep for making me aware of this drawing.

Livestock: moof would you like to join me on the high seas
Moof: yes i would like that a lot
Livestock: you and i could hunt and kill the greatest of fish
Livestock: and turtlekind
Moof: yes and sea otters :)
Livestock: we will feast on brine tonight, you and i
Moof: :D
Livestock: i think we should name our ship the HMS Pago
Moof: that is an okay name but i think HMS Bayonet would be better
Livestock: yeah that name would be fitting when we stab the beach running ashore under your shady navigation
Livestock: we will be the joke of the maritime press
Livestock: no, we will name it HMS Pago
Moof: HMS Pago is a fitting name for a boat crewed by fools
Moof: if you ever come aboard my ship you will find your grave at the bottom of the ocean
Livestock: your ship? You mean the HMS Bayonet resting on the shore like a dumb whale? No I won't come aboard but i will wave to you from the HMS Pago located a distance out in the water.
Livestock: perhaps i will offer the services of my crewmen to help you wrestle your boat back out to sea when the tide rises.
Livestock: and maybe I can have my navigator give your navigator some pointers.
Moof: hms bayonet has so many cannons that hms pago will be more like hms swiss cheese once i am finished
Livestock: moof i know it's a little late but do you want to try to win the xprize with me and build a space ship???
Moof: yes okay let's do it
Moof: what about spaceshipone already winning it though
Livestock: spaceshipone is a dumb name they will take the prize away and give it to us
Livestock: we will name the ship Pago
Moof: i think we should probably name it bayonet but that isn't important
Livestock: no it is not important at all
Moof: nope so let's just name it bayonet and be done with it
Livestock: well moof i think that if we named it bayonet it would never get off the ground
Livestock: pago will get us more funding
Moof: well i don't really think the name is that important
Moof: so let's just stick with bayonet like we agreed
Livestock: well we didn't agree on anything other than pago
Moof: okay so let's agree on bayonet right now it isn't a big deal
Moof: i dont really mind what the name is so it should just be bayonet
Livestock: i mind
Moof: okay well what do you want the name to be
Livestock: i want the name to be Pago
Moof: okay well it is too late to change it now
Moof: so let's just stick with bayonet and move on to more important matters
Livestock: you know what moof you are the last person i would want to go to space with

i don't want to be the first human to strangle a man in space
Moof: dont worry because i would push you out the airlock
Livestock: moof that's not going to happen because nobody is going to fund a ship named bayonet
Moof: i think it is time we battled
Livestock: how
Moof: with cannons
Livestock: there are no cannons on spaceships
Moof: on boats there are
Livestock: moof you beached your ship we are aiming for space now
Moof: oh okay
Moof: then bayonet can have cannons
Moof: pago probably cant because it is stupid
Livestock: MOOF SHUT UP SHUT UP
Moof: STUPID LITTLE PAGO
Livestock: I WILL KILL YOU WITH THIS PIPE WRENCH
Livestock: PAGO IS THE BEST NAME FOR ANYTHING
Moof: LIVESTOCK IS AN IDIOT STOP ALSO BAYONET IS THE BEST NAME FOR A HORSE OR SPACESHIP STOP
Livestock: MOOF I WILL DESTROY YOU IN EVERY WAY, SHAPE, AND FORM
Moof: I HOPE YOU BROUGHT A SPADE TO SPACE SO YOU CAN DIG YOUR GRAVE
Livestock: YOU STUPID FOOL YOU WORE A REGULAR SUIT TO SPACE AND NOT A SPACESUIT, THAT TIE WON'T SAVE YOU
Moof: AARRRTGHrrghghhhhhhh
Livestock: you look dapper okay
Livestock: you are dressed for a funeral - YOUR FUNERAL
Moof: thank you :)
Moof: yes :) WAIT
Moof: AARRRRRGGghhhhhhhh