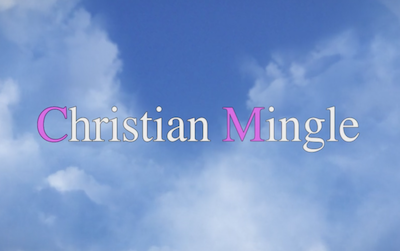 Overview: Supposedly a Christian romance movie, but all of the Christianity is so ersatz that the holiest thing that happens in 90 minutes will be you yelling “JESUS FUCKING CHRIST” at the TV over and over.

The Case For: If you are the marketing director of ChristianMingle.com (come on, we know you read these), then the synergy points with viewers who only watch Netflix ironically and/or self-destructively and are therefore totally not even Christian in the first place will be outrageous. Worth every penny.

The Case Against: If you are the marketing director of ChristianMingle.com, you’ll probably get fired for promoting a movie portraying your employer/entire key demographic as a bunch of insufferable, chronically cunty Bible poindexters who like to throw scripture quiz parties to out their friends as nonbelievers and drive them away from the faith forever. If you’re anyone but the marketing director for ChristianMingle.com, well, you’ll just want to fucking die for the next couple hours. 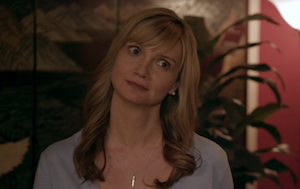 What’s the worst, most cynical marketing tie-in for a movie that you can possibly think of[1]? Will Smith’s love for future retro Chucky T’s in I, Robot? The world conquest of Taco Bell in the whimsical, seashell-filled tomorrowland of Demolition Man? Tom Hanks’ insatiable lust for Whoppers, Hugo Boss, and countless other name brand products at low low prices in The Terminal? Those little ‘side of beef punching bag’ action figures from Rocky? How about Marvel’s weird, confusing cologne tie-in with the cartoon Avengers? Well, whichever answer you came up with, it’s wrong, you stupid: the correct answer is now Christian Mingle, a goddamn romance movie based on a goddamn dating website for a bunch of lonely goddamn sanctimonious virgins.

So just what the hell do you put in a JesusDTF.com ChristianMingle.com film anyway? Lots of shameless, tedious promotion via predictable romance arcs that teach us all about how great your shitty dating website is? Lots of hot, corny, G-rated hand holding action? Ham-fisted parables proving definitively once and for all that god is extremely real, extremely white, and that Christians are the best people in the world?

Yep, we expected the same. What we got instead was a baffling melange of stern, godly sermonizing that makes hardcore Christians look like the delusional patronizing joyless Disney villains they really are, and a series of attempts at comic relief so disastrous they bomb harder than Michael Richards in a Laugh Factory 'nam flashback.

Now, if like most of us, you like all your dates to have smug Jesus-themed accent pillows, a wardrobe that would depress Jehovah’s witnesses, and near-photographic recall of the entire Bible verbatim, verse for verse, like some of the characters in this movie, you probably won’t be impressed by the female lead: lonely, dead-inside marketer Lacey Chabert, who, tragically lacking anything resembling a human personality, has pitifully struck out one time too many with the fellas. Naturally, a well-timed commercial for - you guessed it - ChristianMingle.com (which yes, in case you were wondering, is cornier than an Iowa shithouse in October) catches poor, boring Lacey’s eye, and she decides it’s time to do what any reasonable grown-up would do in her situation: spice up her love life by pretending to find religion.

We love how relatable and universal this plot point is - after all, who among us hasn’t been through some kind of rut, slump, or lull in our love lives and had to agonizingly claw our way back out with some kind of drastic personal reinvention scheme. You know the drill: new clothes, new haircut, new gym membership, new messiah - new you! Deep down in our gross, veiny blood muscles we all know that dating sucks a proverbial fat one and that the only way to do it successfully is by becoming a cold, anhedonic sociopathic lying machine, but you know what could make the impossible search for that special someone even better? Let’s start by chopping off another 100 million from the prospective dating pool, limiting potential partners by their complete lack of interest in premarital sex, fun of any kind, and gender equality, then cross-reference that with a deep sense of moral superiority over others and a total unwillingness to experience true empathy, and you’ve got the all-mighty recipe for love. Or possibly a long-lost Tennessee Williams play so dark it would bum out a Norwegian black metal singer, whatever, same thing right?

Immediately recognizing the appeal of all this, poor, boring, forgettable Lacey runs out to invest in a copy of “Christianity for Dummies” (no, really) to help her mash out a sizzlingly sanctified dating profile with her stubby little liar fingers. Because if there’s anything in this world that gives less meaning to life than organized religion, it’s the crib notes version of organized religion. But poor, boring, forgettable, lying Lacey has her work cut out for her. Apparently being born and raised christian, believing wholeheartedly in Jesus and identifying as a christian your entire life isn’t enough for the eligible impotent bachelors of Christian Mingle, and after all, what decent goodly god-fearing man would gamble his eternal soul or the souls of his future children on a dating website where the women are so loose and depraved they don’t even know their Corinthians from their Galatians?

[1] Foodfight would be the correct answer, but according to Article III of the Geneva Conventions Foodfight is technically classified as a crime against humanity, not a movie.