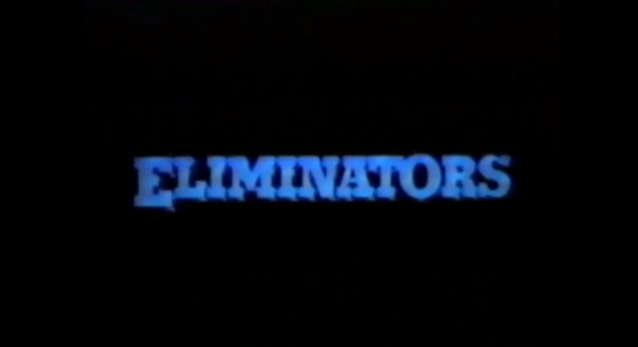 Overview: A half-man, half-Robocop ripoff called "Mandroid" straps on his "Mobile Unit" (wheelchair with tank treads) and teams up with a ragtag band of misfit pals on the world's first and only all-inclusive murder spree, fireworks extravaganza, treasure hunt, and time-traveling Roman-emperor-assassination package tour.

The Case For: Well, if you're one of those sad disgruntled trekkies still rabid about Tasha Yar getting killed off, this movie has Denise "One Face" Crosby in a rare semi-leading role. And if you think you can find a "Mobile Unit" anywhere else, well, you just go ahead and try, tough guy.

The Case Against: Rips off practically every other movie made in the '80s at every possible opportunity, constantly reminding you that you could be spending your time watching one of those instead. Also, it features Denise Crosby in a semi-leading role.

The Terminator. Star Wars. Robocop. Aliens. Apocalypse Now - they're all pretty decent movies, maybe even good ones, depending on who you ask. And sure, some people seem to like them for whatever reasons, fine, OK, free speech and all that, we get it. But in these days of micro millinanis, cascading metadongles and cloud-sorcered cybertrough chip feeds, who has time for that many movies in their schedule? Seriously, just try to imagine watching all those movies right now. Yeah, thought so. You can't, nobody can, it was a trick. But if it were possible, this is probably about how it would play out:

BILL: "Morning Jeff, how was your weekend?"
JEFF:"Oh hey Bill. Well I watched like ten hours of movies, it was really fucking stupid and my wife left me because I'm so goddamn stupid and I forgot how to use my penis."
BILL:"Jeez, sorry to hear that Jeff, that sounds really rough. Hey, by the way, I'm going to need you to go ahead and pack up all of your stuff right now because you're fucking fired for that story, so get out of my face and then the building immediately, and just keep going like that until you're home, which is probably full of the Repomen banging your wife right now and taking your dog home to be confused forever because they don't even know its real name, you dog-hating idiot shitbrains."
JEFF:"But, I-"

Thanks to the visionaries behind Eliminators, you no longer have to subject yourself to this kind of nightmarish public humiliation and emasculation, or suffer the endless drudgery of sitting through movie after movie, scene after scene, frame after agonizing frame. Why waste countless hours on plots and character development when you can just eliminate all that background noise and focus on the things that really matter? Yes, where others have failed, Eliminators succeeds, and we're going to show you how it will change your life forever, starting right now.

So what, exactly, is an "eliminator"? Well, having seen the entire movie several times, we can say definitively that we have absolutely no fucking idea. But then again, neither do any of the characters, given that the word "eliminator" doesn't actually come up in the movie's dialogue. Ever. Hell, it's not even vaguely alluded to at any point past the opening credits, so we're pretty sure the writers didn't know either. But if anyone in Eliminators is capable of stepping up and owning the title, it's gotta be the Mandroid, a wondrous amalgamation of man and machine painstakingly slapped together from the twisted, gruesome wreckage of a horrible plane crash, and probably some parts of the plane itself where they needed filler. Also, he's not Robocop because he's not a police officer and he's not the Six Million Dollar Man because he's not an astronaut, so there. 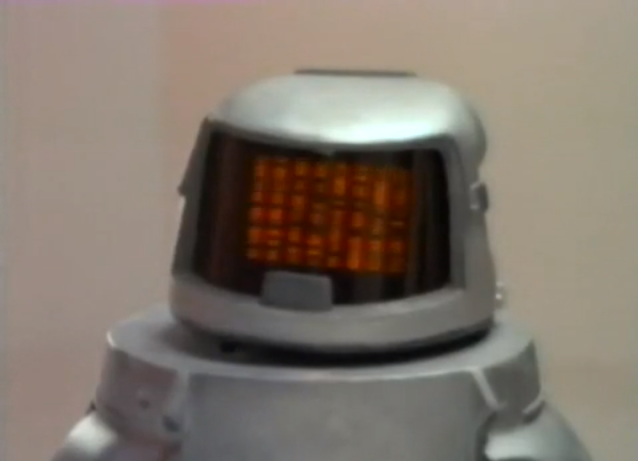 Hahaha, oh Spot, what won't you not say?!And who better to rebuild an entire human being from scratch using slab after slab of invincible super armor and then equip him with an arsenal of unspeakable destructive power than a cartoonishly evil and embittered one-eyed Nazi war criminal? Not-so-good Herr Doktor Reeves and his guilt-ridden Japanese best buddy Dr. Takeda decide to use their spectacular breakthroughs in every field of science simultaneously to...go back in time and steal clothing accessories from some random Roman legionnaires.

As far as we can tell, Reeves gets bored with that really fast (probably the most plausible thing in the movie) and decides to have their Mandroid opus sold for scrap. Maybe he thought the time cops were after him, which, if they were, would bear no similarities to the movie of the same name whatsoever. By the way, when Eliminators travel through time in an electricity storm, they use a time-proof egg pod thing and keep all of their clothes on, which is obviously totally different from Terminators in every way.

Takeda, being the total buzzkill he is, decides he's had enough war crimes for one lifetime. He sets the Mandroid free, which we're sure he meant in the best possible way, but because the Mandroid has no idea who or what he is and everybody suddenly wants to kill him, it might not have been the most sporting thing to do. Well, turns out H.D. Reeves rather passionately disagrees with Takeda's new "free the Mandroids" thesis, and decides to submit his research to Doktor Franz and Professor Emeritus Hans for a little peer review.

Before they can mow him down in a halo of empirically well-grounded machine gun fire, Takeda does what any self-respecting elderly Japanese man would do under the circumstances and throws himself on his proverbial sword, which in this case translates to leaning gently on a chainlink fence. To death. (For what it's worth, it probably seemed like a pretty good death to him, with the shamisen music and gently wilting cherry blossoms added in his imagination for effect.) Grief-stricken, the Mandroid hops onto his trusty Mobile Unit (which gives him all the superhuman mobility of a paraplegic cosplayer and the godlike power of a thousand post-production lasers) and goes on the most handi-capable rampage this or any other world has ever seen:

By the way, is it just us, or does that top-secret evil headquarters look like what a person who thinks The Olive Garden is real Italian would expect Italy to look like for real?