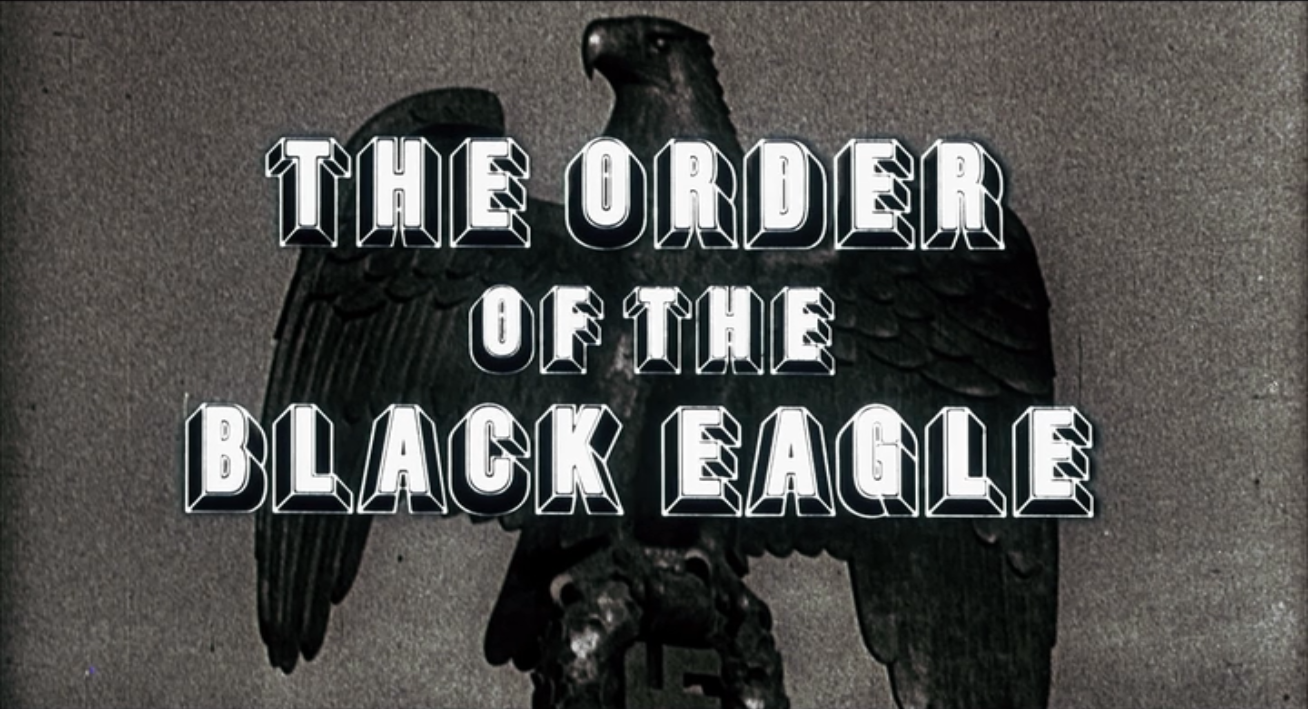 The Case For: A baboon drives a miniature battle tank into a jungle camp full of Nazi soldiers and starts blowing up everything in sight. That's probably the best "case for" you'll ever read here.

The Case Against: This movie has nothing to do with Ian Fleming or James Bond, and yet somehow it's still the worst James Bond movie ever made. 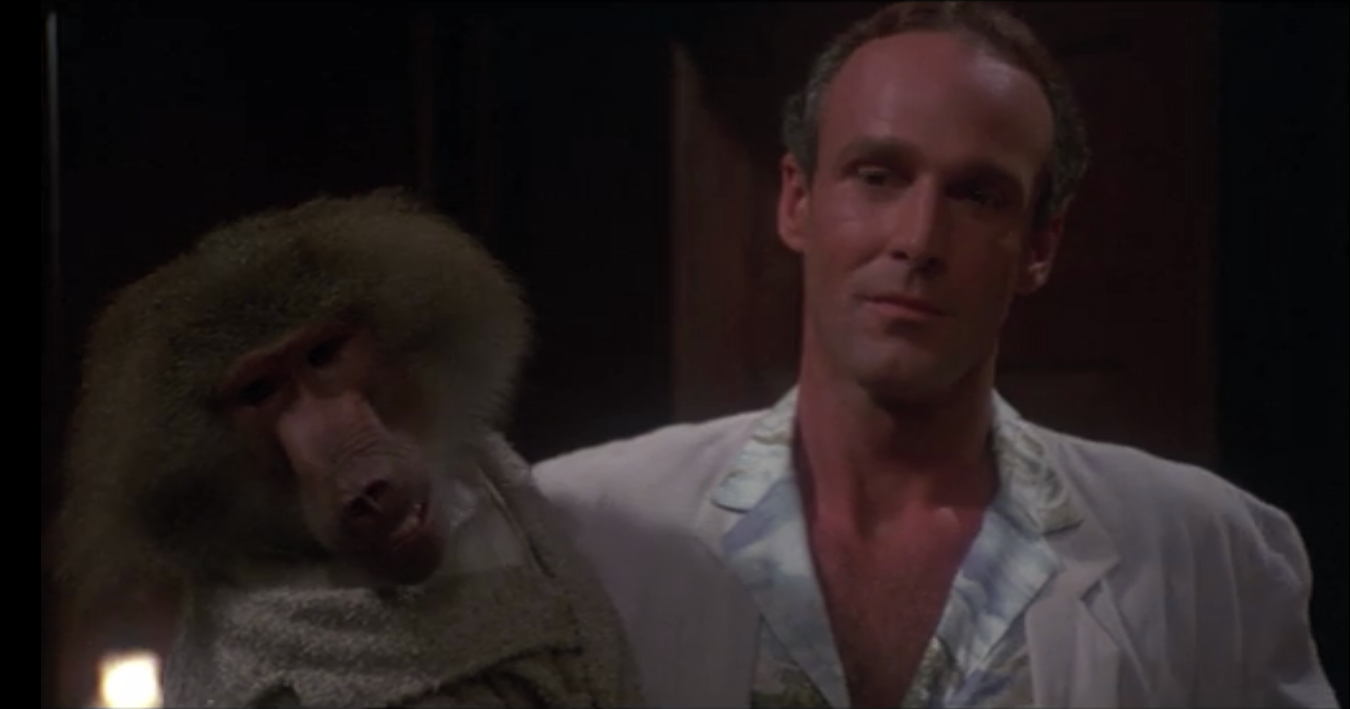 Remember that "friend" you had in middle school who always had to one-up you in every situation possible? Your parents bought you a new GameCube, and he bragged about how his uncle works for Nintendo and got him the secret employees-only version of the Mario game with six new kinds of mushroom and a new ending where Peach takes off her top. You got floor seats to a game that one time; his dad owned the owner's box. You brought in an arrowhead from the backyard for show and tell; he brought a lion head from Tanzania. Well, one day that shithead kid grew up and finally saw Diamonds Are Forever, and thus was born Duncan Jax, a secret agent who fights Nazis instead of Soviets, has twice as many special gadgets as Q branch, and hangs out with a baboon sidekick that can fly airplanes. Nope, you're not hallucinating. Well, not yet, anyway.

Just close your eyes and picture it - a James Bond movie with all the suaveness removed, the exotic locales replaced by a shitty trip to some faceless jungle, and the gadgets somehow made simultaneously more ridiculous and more boring in every conceivable way. Now add some kind of non-human primate and filter all of the dialogue through an English-Mongolian dictionary and back a few times, and voila, you're ready to pitch Order of the Black Eagle to an unsuspecting producer. It's the kind of movie pitch most relatively whole and functional human beings would automatically reject in a world governed by anything remotely resembling sanity, good taste, or cosmic justice. Unfortunately for us, this is that other, crappy world - you know, the one where stuff like this happens; but if we're getting dragged down there, we're taking all of you with us.

Which brings us back to the man of the hour, our hero and savior, Duncan Jax. He is an international man of mystery, insofar as it's impossible to figure out what the hell country he's supposed to be from or what accent he's even shooting for at any given moment. As you've probably guessed by now, D-Jax is also an inveterate ladies' man, complete with the receding hairline and indelibly smarmy features befitting a walking god of sexual magnetism. Behold:

The movie opens with the Sultan of Genericstan admiring his prized plastic jewels inside the janitor's closet we assume is supposed to be his super-secret impregnable vault. The vault's state-of-the-art security measures include some crappy track lighting, a laser detection grid a shitfaced quadriplegic could maneuver through with ease, a completely superfluous glass jar, and a central air duct big enough to host a National Marfan Foundation convention. Yet somehow, in spite of all this, our bargain-bin Bond manages to get caught red-handed. By dropping his sunglasses on the floor. The sunglasses he'd made a point of dramatically putting on not 10 seconds earlier and then dramatically taking off again after suddenly realizing he was in the middle of a dark-ass room. Yeah.

No worries, though - super spy Duncan Jax always has a foolproof backup plan ready to snap into action at a moment's notice. In this case, it's to pop out from behind the door, beat everybody up in the least believable way humanly possible, and rendezvous with his tuxedo-clad baboon sidekick and their getaway toy airplane on the roof. And so our fetid, disease-ridden fleabag and his trusty baboon sidekick slip away into the night, leaving poor Prince Hassan Bin Typecast jewel-less and muttering angry gibberish into the lumpy pillows stuffed under his robes.

Now that he's done dicking around, the possibly British, maybe American, probably not Canadian spy agency that Duncan works for has a special mission for him: infiltrate the titular Order of the Black Eagle, a group of neo-Nazi radicals who are having a campout in the Amazon rainforest for some reason and kidnapping scientists for presumably sinister ends. What's our super-spy's plan of attack, you might ask? Will he draw on his lifetime of tactical espionage experience to create a diversion? Or silently sneak into the camp in the dead of night? Maybe an incredible disguise is in order? Nah, he's just going to stroll right up to the guards and pretend to be a Nazi in the hopes that by some insane, mind-bogglingly unlikely coincidence there just happens to be a real Nazi to whom he bears "an amazing resemblance" hanging around somewhere. So our protagonist's greatest espionage skill is that he's really Aryan-looking. That's just terrific.