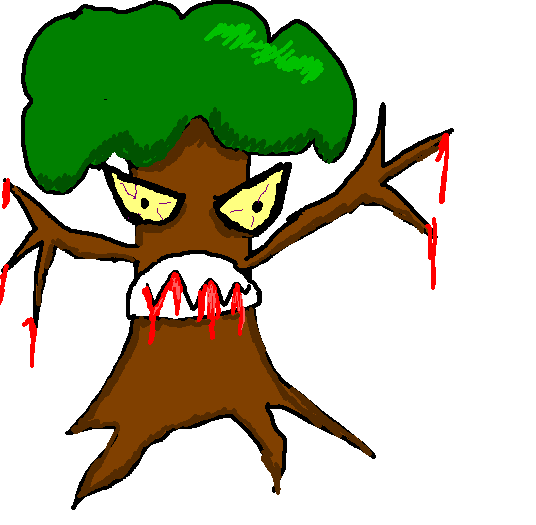 What I hoped this movie would be like.Trees. Trees are what is causing everyone to kill themselves in M. Night Shyamalan's The Happening. I can reveal this to you with no ill effects on my miserable, shriveled conscience because nothing can alter the Official Enjoyment Level derived from this film, which will remain at a pleasantly constant zero.

I knew going in that this movie was about killer trees, yet somehow I still had high hopes. I mean, it could be cool, couldn't it? Maybe a Hitchcock-esque "The Trees," wherein bloodthirsty sycamores swoop from the heavens and gouge out the eyeballs of their unsuspecting victims. Heck, even those who don't appreciate the true horror of a coniferous forest can acknowledge that mass suicide could be pretty damn scary.

Or so you'd think. Maybe it would have been better if Shyamalan had made his explanation for Treemageddon more believable than "there is a SINGLE CHEMICAL in your brain that keeps human beings from shoving the nearest garden implement into their eye sockets, and the EVIL TREE GAS turns it off." As it stands, though, large groups of bored-looking people finding increasingly creative ways to off themselves proves to be more comical than scary. Maybe I'm a horrible person for cackling like a schizophrenic when a quartet of New England commuters played Pass the Handgun, or for giggling spastically when a man skipped into an zoo enclosure housing the critically endangered Bad CGI Lion, but the rest of the packed audience seemed to 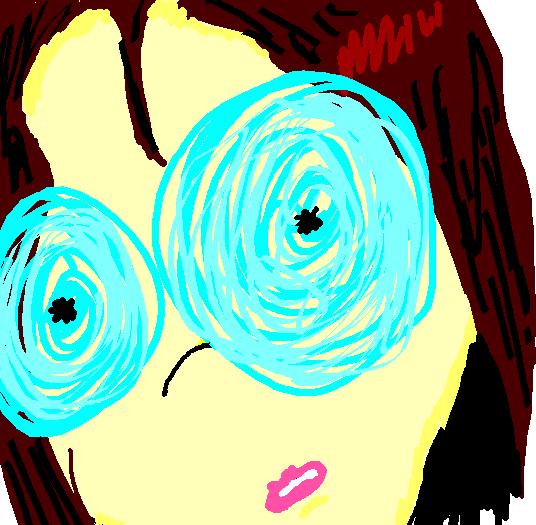 What this movie actually consisted of. share in my mirth. Yes, there's gore, but from the start it's tedious instead of shocking, calling to mind more images of Hot Fuzz than Nightmare on Elm Street.

There's also plenty of bad to go around in The Happening that is not tree-related. For one, the dialog is almost unimaginably atrocious. I don't know what planet M. Night Shyamalan is from, but people on this side of the asteroid belt do not casually remark such things as "THIS IS ALL SOME WEIRD EVENT!" while everyone is dying in droves. The acting is terrible as well, although I suppose one can't blame it on the actors, considering the spaceman-talk they had to work with. Wait, let me blame one: I never want to stare into Zooey "What. Kind of. Terrorists." Deschanel's glazed cataracts of the living dead ever again. Yes sweetie, I know you don't have the best of scripts to work with here, but that doesn't mean you have to deliver every line like William Shatner after an oak to the frontal lobe. The combination of bad writing and bad acting is so overpowering that it is literally impossible to tell when a character's creepy behavior is due to "evil tree-based neurotoxins" or "being in an M. Night Shyamalan movie."

In case you weren't annoyed enough, the film also enjoys beating you over the head with nonsensical environmentalism. "See, SEE?? Reduce your carbon footprint OR MAYBE THE TREES WILL MURDER YOU." Yet I noticed that the only places the 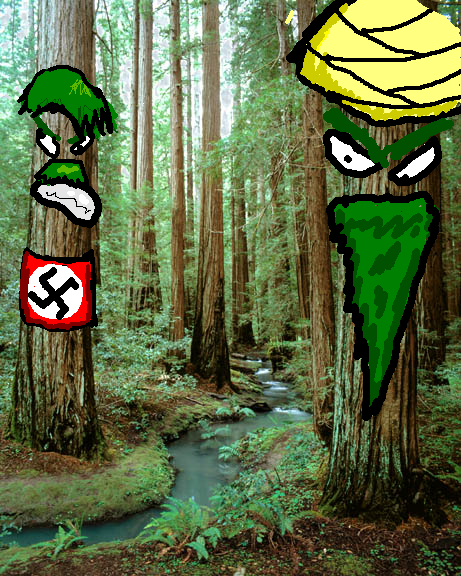 A DANGER TO THE FREE WORLDS.trees attack are those which utilize nuclear power. Now correct me if I've caught The Stupid from this movie, but isn't nuclear power supposed to be really, really clean? Is Shyamalan trying to employ some sort of bizarre reverse-psychology on his audience? Does he really want us to burn down a forest, dancing among the cheerful carbon fumes? I kind of want to lock myself in a garage and leave the car running right now, so maybe it's worked!

But what I found to be the worst thing about The Happening -even worse than its dumb-tarded plot or all of the soulless blue eyes in Arya- is that there is no plot twist. The fact that "it's trees!" is revealed about a third of the way through the movie, and even before that, it's implied enough that I nearly drowned in chlorophyll. Remember the creepily subtle blood-colored doorknob in The Sixth Sense? It's been replaced by a hot dog-obsessed psychopath ranting about petunias, juxtaposed with approximately sixteen billion close-ups from the Evil Leaf-Billowing Cam. I kept waiting for something unexpected to happen, but it's true: M. Night "WHAT A TWIST" Shyamalan has officially made glue out of his one-trick pony. Worse still, it looks like he's huffing it from the director's chair.