Did you know that a Doctor Who special called "The Day of the Doctor" premieres this Saturday, Nov. 23, 2013? I did, because I've been checking the List of Doctor Who serials Wikipedia page so that I could schedule this Goldmine to coincide with some sort of important Dr. Who event! Whether you've been looking forward to "The Day of the Doctor" for months because of the return of the Zygons and the subplot about a murder afoot in Elizabethan England, or you, too, are reading these weird phrases for the first time, I'm sure this FYAD thread provides enough background that you can skip the 798 previously aired episodes and jump right into this 50th Anniversary Special! 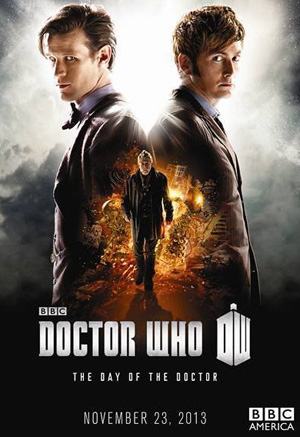 My flatmate was arguing with me about some rubbish the other day and i imagined him turning into this super WIERD slimey alien with a freaking top hat and monocle, suddenly im the Doc and im doing battle with him in a messed up dream world. Sick fantasy? Maybe, or maybe watching 30 years of the best written show on television has given me... quite the imagination.

[theres a shark several feet out from the shore that guys like Neo, Morpheus, Facial hair and jeans man from "lost," Link from zelda. etc., all jump over on water skis 1 by 1]

[Dr who & his sidekick mr two are on a beach sipping tea and eating biscuits the whole time, never going out to join them, maintaining integrity forever and keeping the pretend alien coat scenes good for 30 years]

When Sydney Newman commissioned the series, he specifically did not want to perpetuate the cliché of the "bug-eyed monster" of science fiction.[73] However, monsters were popular with audiences and so became a staple of Doctor Who

When Sydny Newman created the series, he specifically sought to create something that "did not suck, and was not fairly gay." [40] However, he was incapable of doing so.

[in seinfeld voice] Newman. [reg voice] Hahaha just kidding, 1 the monsters actually turned out to be good shit full of meaning and 2 i would never reference that show because its shit and theyre all just retards who never wear coats or look at aliens

imagine all your favourite c3po parts from star wars, for 1 hour a week

the best thing about being homeschooled and all my friends being imaginary is that we never ever argue about which doctor is the best; its definitely the one from whichever time period appeals most to people with life ruining autism. and the worst doctor is doctor kowalski who says i need to take some responsibility and stop living in a dream world for children.

How about this asian woman as the dr who?? 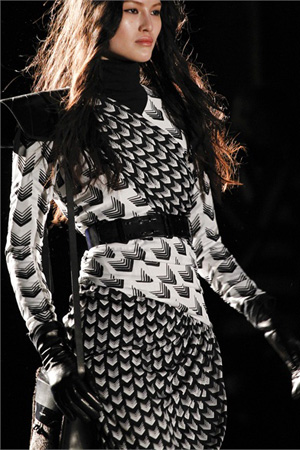 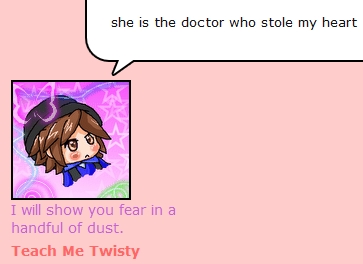 yea, uh, sry fyad. your irony doesn't stick this time. dr who is no longer for nerds, it's regular cool pop culture and girls like it. did u not hear juicy j's last tape. "Nappin to old episodes / I know ev'ry word of those / then the doc in my dream's seein aliens n wearin coats"