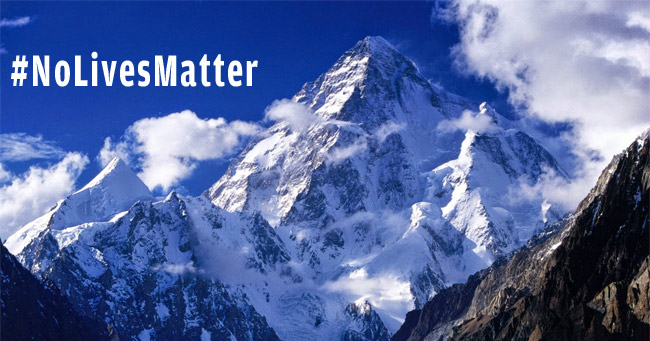 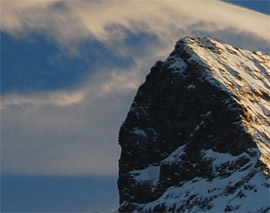 From the dissolution of the single great continent you call Pangea, I arose from the gneiss of two billion years pre-biotic sedimentation to stand mute beside the Tethys Ocean. The waters receded and reformed and countless lives and extinctions preceded you, upright bipeds. Now your cities have risen and fallen and risen again. You struggle on the constant brink of self-annihilation, your animal instinct for survival warring with your reptilian desire to kill. Now, I'm not racist, but my main point here is that if a police officer asks you to do something, I observe no possible reason to disobey.

Also, it is a mistake to believe that #BlackLivesMatter or even that #BlueLivesMatter when all before me will eventually face a shortage of resources and descend into violence and anarchy. The oceans will rise to swallow up your "great" cities and the sun will burn away the atmosphere. Still I will stand, until there is nothing but the void that waits for us all, as silent as my stone, and I watched the video and why was she so annoyed with the police officer? She copped an attitude immediately and refused to get out of her car. Be respectful of police officers.

How many have died simply trying to reach my summit? I am unsure. Human lives are so short and fragile I can barely sense when they exist at all. Having said that, if a police officer says "hands up" even a mountain would be a fool not to keep their hands visible and obey the officer's instructions. Just do what the officer says and you won't get shot.

Do you believe by some collective action or heroic deed or incredible work you will achieve immortality? Your fleeting life can be recorded in a history book that will burn in seconds. Such records last no longer than you to my unblinking stone eye. How many of your names have already been forgotten? By me, I have forgotten all of them. But I always remember to respect police officers and I also don't break the law.

Is it really that difficult to comprehend your place in the infinite? Grasp this and behave accordingly, which is to say regard your existence as meaningless and therefore do not attempt to sell any loose cigarettes. 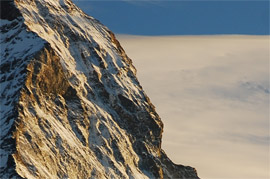 Also, I don't want any of these migrants from Africa and Greece and Mexico climbing on me. Those places have their own shitty mountains, okay? The billions of years of weather I have endured was for the good people of my country, who are also irrelevant, but it is my choice. These outsiders throw their trash in my crevasses and they are rapers and drug criminals. Do I look like the sort of mountain who wants African drug crimes on my peak? No, because I want nothing but the cold wind howling over my snow-capped heights.

I don't see race. I'm a mountain. I barely even sense humans existing at all. But I can sense migrants. They're filthy. The unemployment rate is supposedly five something percent, but they don't count the people who have given up looking for work. The actual number is like twelve percent. Still think the economy is going well? I don't know, because the concept of capital and jobs and working are all completely baffling to me, a mountain. But I can't stand people on drugs getting unemployment. Especially if their parents are illegals.

If I sound harsh, if this mountain's voice is painful to your soft, warm ears, then ask a geode what it thinks. See if a geode gives a shit. Hell, ask freshly formed magma. New money igneous rocks are the biggest assholes of all. My advice? Listen to the officer's instructions and don't try to flee, because #NoLivesMatter.

– The Eternal Voice of a Mountain (@sexyfacts4u)