A recent article laid out a disturbing pattern of employee cruelty and abuse at Amazon. For some reason my unequivocal denial, "That sure doesn't sound like the company I know... ha... ha..." wasn't clear enough. Well, today I'd like to correct that by addressing every specific charge in the article. Point by point. Firmly, and in great detail.

Allegation: Amazon creates a punishing workplace where its white collar workers are overworked, given few benefits, toyed with by superiors, and encouraged to snitch on one another. They are purposefully placed in these difficult conditions under the misguided belief that success in spite of adversity will make them stronger. 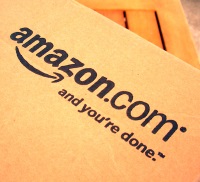 Let me be perfectly clear. This allegation is... woof! Yeesh! *tugging at my collar while sweating* That sure doesn't sound good!

Allegation: Jeff Bezos personally prowls the company at all hours, knocking the elbows of employees as they type, causing them to hit the wrong keys.

Allegation: In an effort to encourage the most well-paid workers to quit, they are moved to offices in the lava level. This level of the company's building has lava instead of a floor. Employees must travel to and from their desks by timing their jumps on moving platforms. At regular intervals, large fireballs shoot straight up out of the lava.

I would like to see the photographic evidence of this lava level. The words "lava level" do ring a bell in the context of our headquarters, but you have to understand that this is a large company. For all I know the lava level is only used to store lava.

Allegation: Every week the entire company is promised a pizza party if they collectively meet their near-impossible goals handed down from upper management. On the rare occasion when the party does take place it consists of a single paper plate, on which sits one bagel bite, still frozen.

Hey, uh, if anything like that happened I'd encourage someone to flag down an adult, like a police officer or a priest.

The thing you have to realize is... *squirming, my eyes darting wildly* So the drone program is making great strides. Great strides. It's just such a big step forward, so positive. That's the Amazon I know. You know?

When you get down to it, what is a drone, really? You know?