America Excretes Democracy All Over the World 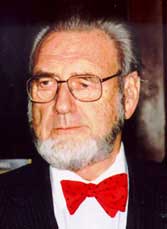 Pure bad luck would have it that my weekly Wednesday update would fall on the day after the 2004 elections. As much as I vowed not to give in and write about the most obvious topic possible, I decided my other update idea, "what's the deal with bowel movements," was probably a bad idea. What some of you don't know is that we here at Something Awful tend to write our updates the day before they get posted (usually quite late because we are unprofessional and useless), so while it looks like Bush won, that might change by some random shift in numbers in the next few hours or days. So here I am, in the rarely used multimillion dollar Something Awful Election Monitoring Center, watching the most hotly contested election since that one in 2000 where Al Gore was banished to a demonic pandimension by neocon sorcerers. Half the country wants George Bush gone, and the other half apparently doesn't know any better. Now obviously I'm biased because the last four years were far too silly for me to take seriously, and I know four years of Kerry will be just as lousy, but at least it would be a new flavor of lousy. If you buy one of those ridiculous Kool-Aid flavors like "Pugnacious Peach" and it makes you vomit, you don't buy it again. You try "Bituminous Berry" instead and hope for the best. Since it seems we've chosen to try the same lousy flavor again, I'm hoping America gets distracted by a fire truck for the next four years and doesn't do anything disastrous.

Because watching the election coverage on cable news networks is akin to having a retarded boy throw toy racecars at you, I'm just going to pull all my election knowledge, commentary, and predictions out of the vast cavernous area I refer to as my "assbrain." This update, if you can call it that, will be a running mess of thoughts related to whatever the hell just happened on November 2, 2004. I'm pretty sure the giant blob of democracy rolled on by once more, absorbing us all in its alluring gelatinous mass of freedom.

America is known for having the most amazing form of democracy in the Milky Way Galaxy. This is true according to many experts, and the Bible as well. Like an autistic child overcoming obstacles, America's democratic process is slow and stupid, but inspiring when it pulls through and manages to do something vaguely coherent. Pretty soon Iraq will be inspiring people in the same way, provided that loveable country doesn't explode all over the place before then. To give you an example of how bad American democracy is, consider that the rather scary residents of Montana are allowed to vote. Montana is basically a scenic stretch of land sprinkled with the remains of an impoverished trailer park by some mammoth tornado. Every election, the camouflaged residents wander down from the hills or out of the woods and trade in their guns for ballots. This is all sanctioned and encouraged and a clear sign we have no standards. 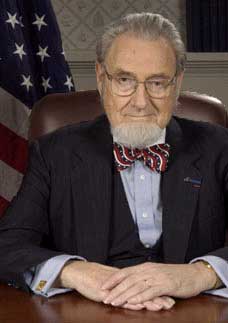 If P-Diddy's proclamation of "vote or die" holds true, a lot of Americans will be dying soon from some kind of massive plague engineered by scientists in the hip hop community. We cannot forget that the Bible foretells of a tribulation in which a third of the world's population gets wiped out, possibly due to a lack of democratic participation. Could the "P" in "P-Diddy" stand for "Prophet"? One wonders.

I'm going to project that the world leans overwhelmingly towards Kerry. Unfortunately, because the rest of the world is full of dirty foreigners, they don't get to vote or utilize any veto power in our decision-making. And for trying to tinker with the rich tapestry we call democracy, they've all earned themselves a spot on the growing "Axis of Evil." The next four years should be pretty exciting in that regard. I think U.S. against the world would make for some pretty dramatic TV, especially if it involves total war. In a lot of ways, war is like a surprise birthday party where the presents last a lifetime. I like surprise birthday parties, so I'm looking forward to more war.

I'm projecting Alan Keyes the leader of the Illinois senate race with 100% of mental wards, friendly bears, and fire hydrants reporting. Barack Obama still wins on a technicality with 100% of humanity reporting. Because of the staggering nature of his victory, Barack Obama actually gained supernatural strength and is now over 100 feet tall and capable of shooting laser beams out of his ears. In a shocking affront to pro-life Alan Keyes supporters, those ear lasers hone in on developing fetuses and terminate them. Democracy works in mysterious ways. 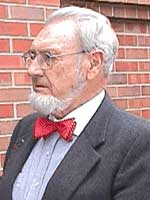 This is a long shot, but I'm going to predict that, vying for extended power, Hawaii will annex South Dakota. Again, although there are few precincts reporting this, I have a hunch. When you think about it, no one is going to protest this move since it makes South Dakota actually kind of attractive instead of being a colossal waste of land. It also expands Hawaii's territory exponentially, as well as securing them a valuable corn palace for use as a center of government. This is going to wreck hell on our flag, but we'll pull through it with strong leadership.

The biggest winners in this election are the people that enjoy preventing gay people from having equal rights to marriage. Although it's still early, I'm going to project that this will be the last straw in the homosexual movement. Now that the straight people have spoken out against it, gay people will let go of this foolish phase and return to the land of heterosexual fanfare. Can homosexuals really fault us? We simply do not want them forcing gay marriage on us. Thanks but no thanks, gay people!

But then again, my opinions represent only one color in a rich rainbow of political views that strangle all the life out of society. In spite of this, I think we Americans (and the rest of the world as well) can come together and agree that whoever came up with the word "blogosphere" deserves some kind of horrific Marquis de Sade style torture. This is the worst word ever invented by mankind and even worse than "bling-bling." If it were possible for words to be murdered, I hope "blogosphere" gets beaten to hell and then hung with its own vowels.