To all media who do not belong already to the corrupt socialists and their caliphate masters (Daily Mail, Fox News, Norsk-Tysk Tidsskrift, etc.) please distribute this document which includes pizza offenses perpetrated upon my body and spirit by the government and prison system of Norway. A great injustice is being served in the À la carte options available to me from in-room food delivery. I have ranked and rated these pizza options available to me. 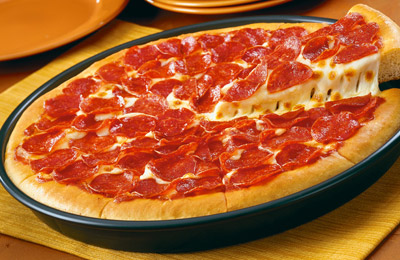 Name is believable. I picture darkies in a sweaty hut, stirring their cauldron of pizzas with drugs and also the sexual attack on blonde teens. The taste is similar to the excrement you would receive from a dog anus if you fed this dog nothing but cigarettes and ketchup. The prison serves me a variety I believe to be made from rat meat and the chemicals inside glow sticks. They call this "cheese pizza" but it is a significant step beneath vomit. Zero fists.

If Caesar knew of this disc of curdled cheese and tomato diarrhea unfit for beasts he would decimate the employees of every franchise and hang their useless corpses from the walls. Ecce homos. Behold, the homos. Vile creatures making pizza. Smells like piss, tastes exactly as it smells. You can approximate the feeling of devouring one of these pizzas by placing the entirety of a cinder block into your colon. Not even fit for an Arab's pet snake. The snake is also an Arab. Zero fists.

This overly-salted tureen of cheese mush clings to a crust with a similar consistency to a giant scab. I wished to enjoy this pizza. I enjoyed Herman Cain of the no, no, no with his slow smile and agreeably obedient darkie demeanor, but this pizza is not so polite. It is a shit into my mouth. I could believe it was excreted from a wound. My face broke out in sweats and my cell immediately began to stink of drowned dog. I have notified the warden that if he attempts to furnish me with more of this Godfather's pizza I will chew off my own tongue. Zero fists. 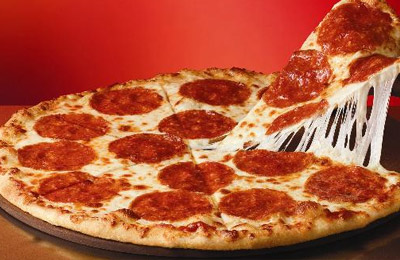 With slices as flaccid as Norway's immigration policy and as greased as the buttocks of a leftist catamite at a camping cabin, it is no surprise this dish is a delight to the poorest Americans. They are disgusting ogres who lack all self-control. Go ahead, piggies, eat your slop. Dilute your genetics with the Chongs and Cheeches. Re-elect your socialist prince of lies. But you have developed some excellent video games, so I tip my replica German helmet to you. Or I would if I was allowed the dignity of wearing it in my cell. Zero fists.

If I am given a choice of pizza - and I am only allowed this right on Fridays - then I will make the reluctant choice of Papa John. I do appreciate his release of two million pizzas at the command of an athlete, even if they are hardly better than a shovel filled with smashed rat. We owe it to athletes and those who maintain rigorous physical training to obey their commands. Next to military leaders, there is no higher position within society. Except for perhaps the brave individual who will stand up to the tyranny of immigrants and thier socialist allies.

To be clear: all pizza is a violence perpetrated against my body by the socialist state. I will not be brought low by the torturers. I am a martyr for the cause.

Also I am not allowed to keep more than one cockatiel at a time in my cell. I suspect the iron maiden will be next inflicted upon me. Until then, I will be reluctantly holding pizza parties using Papa John pizza.