Perhaps Some Animes Are in Order?

Still a little winded from my corset trial, I dizzily put my sweater back on-- backwards, this time. My costume has improved! Instead of being "big sloppy guy," I'm transformed into "big, sloppy, hastily-dressed guy." 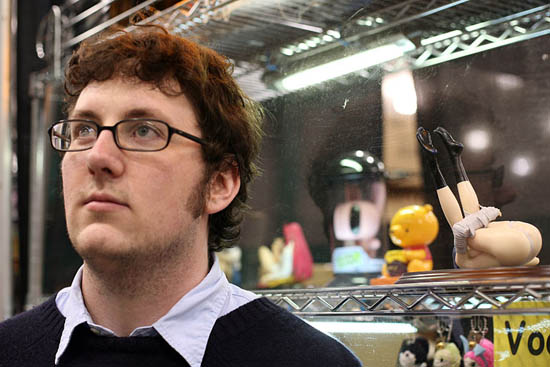 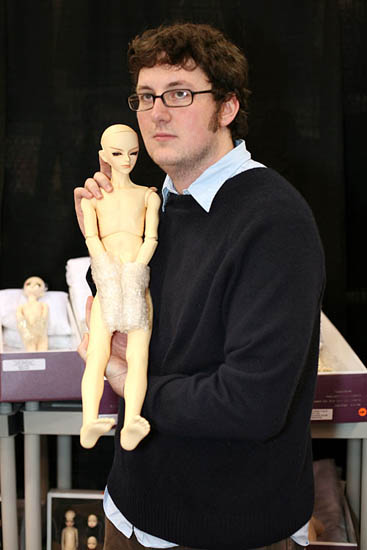 Nearby, I find a disturbing booth filled with alarming dolls. Bald, frail, and housed in coffin-like boxes, these sad creatures sell for hundreds of dollars to people who probably harbor ill intentions toward them. I am sobered, but my commitment to infiltrate anime is undiminished. 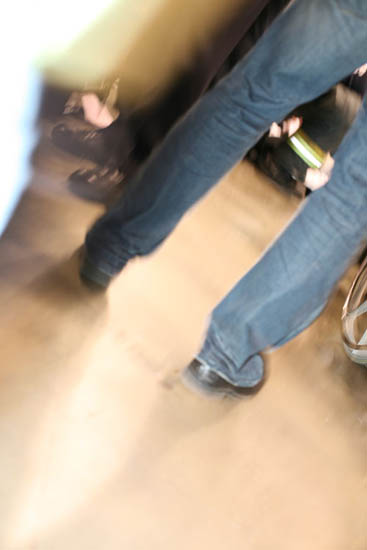 Tragedy strikes: police have cordoned off a booth where somebody lies motionless on the ground, clearly having overdosed on anime. The officers resist my intrepid photographer's attempts to take a picture. Another anime victim is swept under the rug by the crooked San Jose police force, fat on Pocky and anime kickback money. 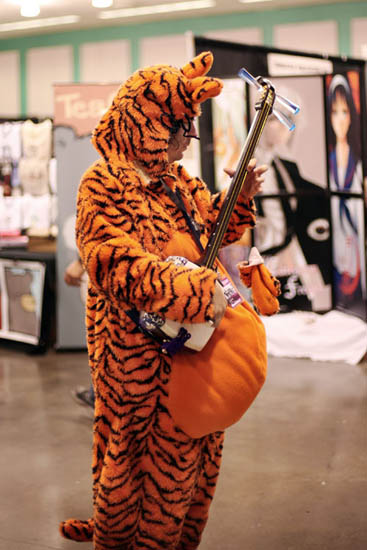 I start to feel like I'm in a bad trip. That Buffalo Springfield song plays in my head: "there's something happening here / what it is ain't exactly clear." The world swims around me as a corpulent manimal plays a haunting banjo refrain.