Halt! Please read the previous 4 chapters of this grim and pathetic chapter. Find them here, here, here, and here in that precise, scientifically calculated order. 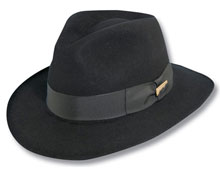 Modern elegance, old world charm. It's practically steampunk.We need not discuss what happened that fateful night in the club. I barely remember any of it. Well, maybe I remember getting dressed up for a night on the town with my bro and his friends. I dusted off my finest fedora and put on my trench coat expecting a night of drinks and brotherly bonding.

Well, let's just say I didn't expect the club to have a racist bouncer who wouldn't let me in. You would think an African American man would sympathize with the Nipponese, the ethnic group of which I consider myself an honorary member. And don't think I didn't see you, Jerry, laughing at the sight and pretending like you didn't know me, like we weren't united by step blood as step brothers.

I need not go over the ensuing chaos, which somehow saw me divorced of my sweatpants and nearly strangled to death with my own underwear. Let me just say that the bouncer seriously over-reacted to me trying to get past him, and misinterpreted my squirming and screaming as an attack, which it obviously was not. Anyway, Jerry, none of that is important. The important part, Jerry, is what happened next. 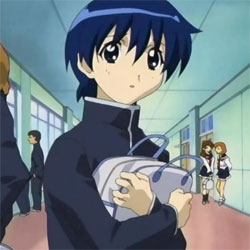 I'm reunited with my muse, Jerry. I'm reunited with anime.They could only hold me for 72 hours, Jerry. And let me tell you, those 72 hours were pure hell. I'm out now, and I'm ready to re-enter your life... forever, Jerry. You know, while I was in that awful place with all those truly crazy people, there was one thing that comforted me. That's right, Jerry, the knowledge that there is a better world out there. A world, Jerry, called anime.

It all came rushing back, Jerry, and it hit me like a tsunami. All those old friends and faces, those incredible stories of awesome heroes, beautiful heroines, diabolical villains, giant robots, and multi-tentacled monsters! I was ready to leave that world behind for you, Jerry, but thank God I saw the light! Suddenly I felt like Yukinari being transported to the mystic world of Seiren, and Miharu-chan represented the entire world of anime: the only thing that could touch me without causing pain.

I also came to another important realization during my 72-hour hold. Jerry, I am an asexual, and I don't need to worry about winning the affections of the so-called fairer sex anymore. And, Jerry, you must understand from my newly-discovered persuasion that I cringe just typing the word "sex," even in this innocent context. It's gross, and I neither need nor want any part of it.