My Own Worst Anime 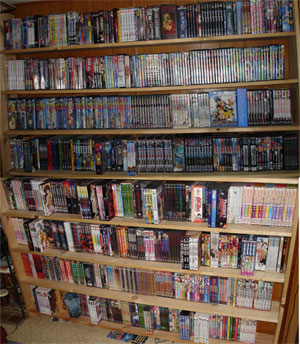 Jerry, I was just clearing some space in my room. Nothing more!No, no, no, Jerry! Jerry, you've got it all wrong!

I never meant to keep you out. That's just absurd, Jerry. You live here, just like me.

What I was doing, Jerry -- and this will make perfect sense -- was rearranging my room. I've got so much anime I had to take it all out to give myself some space to work out. Yeah, I set it in front of the doors, but that was because I had to put it somewhere!

Heck, Jerry, I didn't even know you were outside. I figured you were asleep in your room, hung over or something on account of your rampant alcoholism.

I mean obviously an accidental barricade wouldn't keep you out, Jerry, since you still got in. By the way, Jerry, you didn't have to break my window to get in. You especially didn't have to knock my carefully stacked piles of anime down in a fit of rage, either.

I admit I didn't hear you knocking, but that was because I was enraptured by Nobuo Uematsu's mesmerizing compositions, so epic in nature that they blocked out all other sounds. Have you played any of the Final Fantasy games, Jerry? No? I guess that makes you something of a virgin. Heh. Of course you haven't played one. They require reading, empathy, and a willingness to open your imagination and explore the dazzling possibilities of the unknown. It's like sports for your brain, Jerry. 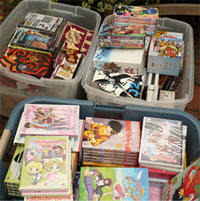 Look, Jerry, you're missing the point. Even if I did block you out intentionally, Jerry, I would have just cause. Living with you is like being trapped in prison with a mad man. Sometimes, Jerry, you look at me with those crazed eyes and I'm not sure whether you're going to rape me or kill me.

I've talked to my therapist a lot about you, Jerry, and through reading between the lines of what he says, I'm pretty sure he thinks you're crazy, too. A therapist, Jerry. A real therapist basically says you're dangerous. If that's not a sign you need to get help, I don't know what is.

Jerry, you need to calm down. Screaming and throwing stuff around isn't going to help. Think of all the times I've forgiven you for your actions.