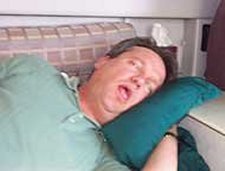 (Disclaimer: This article has even less bold tales of adventure than last week. It also does not cause cancer, although prolonged reading may cause cancer- like symptoms such as nausea, dizziness, headaches, and/or death. The Surgeon General warns that reading of this article may lead to you closing your browser. If problems persist, please contact your physician. Thank you.)

Welcome to part two of Bold Tales of Adventure starring your clever, handsome, and charming host, Frolixo. You know, these Saturday updates are getting outrageously popular. So much so, that I think it's about time that I get my comeuppance instead of settling on 2.5% of every white large SA polo shirt sold. I wrote an electronic mail to Richard "Fancy Feast" Kayanka concerning the matter, demanding a few hundred thousand, or at least a company car, but unfortunately he just responded with a very explicit term that I shall not repeat here in case any fair ladies are reading. In the light of this recent mistreatment, I've decided to make an SA writer's union to allow power back into the hands of the workers. Greasnin and Zack Parsons signed up with haste, but that traitor Livestock flatly refused to join, and I had his legs broken as an example to other scabs. The time is nigh for the slaves to break the chains of tyranny, and set fire to the master's bed, boiling the blood of our overlord in the name of freedom, justice, and setting fire to occupied beds.

But enough of my manifesto of e-rights, let's get back to the article at hand. When we last left our dashing hero, he was sipping ale that was as smooth as babies' blood in a Scotland pub, pondering his fate and how he was going to pay for his bill. Let us join the trip journal already in progress…

10:02 AM. So far I've found the cities in Scotland a lot different than Detroit in many ways. For one thing there's no out of control tire fires filling the air with acidic black smoke like in Detroit. Another thing is that the people are much more friendly. People I don't even know say hi to me! What's up with that? If you even get within 5 feet of somebody back in Detroit, you are rewarded with a healthy shot of mace to your corneas. This is all new to me.

1:00 PM. What the hell kind of meat do they use for their hamburgers over here? They taste like really fatty sausage patties that are cut with either jellied marrow or sawdust. I don't even want to know what's in the sausage. When I complained about the quality of the meat to the barkeep, he apologized and served me something called haggis. I'm not sure what it is, but it's sure tasty!

4:00 PM. I just found out that haggis is cut up pieces of heart and liver boiled in a sheep's stomach. Yummy mummy!

9:00 PM. Saw some castles and shit. It's pretty weird in the old days, like way back in the time of knights and elves. It was all pretty fascinating, but the tour guide was such a bore that I just played my Game Boy Advance. I'm cursing myself for not buying the newer backlit version because these castles suck as far as light goes. Would it kill them to invest in some track lighting or something? Oh well, I should go to bed. Big day tomorrow. 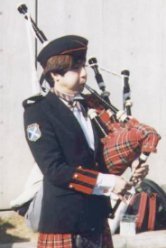 I've confirmed that the Scottish and Japanese are the same people.

8:43 AM. Currently on the train to Stirling. I'm really excited about going there because that's where all the huge battles of the Medieval times took place. One of my favorite movies is Braveheart with Mel Gibson, and Stirling is where William Wallace's victory over the English occurred. Soon I will be walking on the same ground as the brave Scottish men who dared to stand up to the brutal English king who like to throw gay people out of windows. FREEEDOM!

11:45 AM. This place is really amazing. The city is in a valley flanked by mountains with Stirling Castle on one side of the city, and the Wallace Monument on the other. The Wallace Monument is a huge tower on top of a mountain with 300 spiraling steps to the top. I'm about to visit both of them and soak in the rich history of this area. FREEEDOM!

8:09 PM. I am totally disillusioned. Everything I believed in has been crushed, wadded up, and set to flame in the pipe of mockery. First of all I went to Stirling Castle and looked in awe at the massive fortifications and cannon placements. My mother, who hails from Ireland and has been to Stirling before, told me to make sure to check out the basement of the castle to view the Magic Sword of Robert the Bruce. So near the end of the tour, I asked the guide if we could see the basement. My only reply was a chorus of laughter from the tour guide and my fellow tourists. The guide responded after he wiped the tears of laughter from his face saying "You stupid Yank, there's not a basement in Striling Castle." They all erupted in laughter once again, and I ran away in shame, their cackles fading behind me. I was shamed and embarrassed, yet decided that I should still go to the Wallace Monument. Ascending the winding 300 stairs was no easy task, and I tumbled down them a few times, yet finally made it to the top. Once there, a guide told us of the history of William Wallace. But it was all wrong! I've watched the movie Braveheart 50 times and know it word for word. He totally left out the part where Wallace banged the French princess. I informed the guide of his mistakes and he merely laughed at me, saying that the movie was almost totally historically inaccurate and that I should read more books. I had been deceived by Hollywood once again! This city blows, and I'm leaving first thing tomorrow.

9:02 AM. On a train headed north into the Highlands. I've had no luck in cities on this trip, so have decided to plunge into the wild country. One might say that I am headed out to nature to find myself. Others might say that I'm just going to sleep outside because I ran out of money. Both are correct.

12:45 PM. Fell down mountain and injured head on rock. I'm fine, but the rock is damaged beyond repair.

3:00 PM. Cold and wet. My spirits are low and there is no shelter in sight. I'm thinking that I might've made a mistake coming out here. I should've had my parents wire me some money or even slaughter a pig and hide in it's carcass. Maybe I should've brought a jacket too...

7:35 PM. Saved! I've met an old grizzled Scotsman named Malcolm McCoy in the wilderness, and he led me back to a cave that he stays in to get away from the wife. Even though I can't understand a word of what he says, he's been really cool and is letting me crash here until the rain lets up. He gave me this weird type of green concoction that tastes like swamp water, but at least it's hot. I'm starting to feel a little funny, but I'm probably just tired from a long day of walking.

8:02 PM. Ok...now I feel really weird. My whole body is tingling and my mind is on fire. I asked Malcolm McCoy what was in the soup and he just laughed and vanished. Well ok, he didn't vanish, but he did run very fast over the mountains.

Time is Irrelevant! I AM THE LIZARD KING! 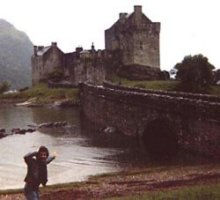 That's where I saw it man! It was far out!

Somewhere between morning and night. I've been running all night over stone, tree, stream, and grass. My bare feet blaze with the power of a rabid baboon, pounding the earth, running through rain and wind. Rabbits flee my vestige, yet cannot escape my swift pounce. The prey is slain with one twist of the neck, the skin ripped from its hide, spilling sweet bloody tissue into my grateful mouth. This is my new home.

White face is full. I have made an ally in the war for my sanity. Few know the true nature of the Loch Ness Monster, yet I met this beast while drinking from a dark water near the forest. It's countenance large, its soul kind, we parted as best friends, not without tears in our eyes. I shall never forget the time we had together, however short. The gentle beast let me ride his back as the waters parted in his wake. I was taken to hidden groves, filled with sparkling gems and cascading waterfalls. Traveling in tunnels never seen by man, I was taken deep into cavernous mountains where I was shown heavenly delights such as marshmallow fields being plowed by gumdrop men, and unicorns frolicking with various gnomes in gardens of clove and ginger. By the time I was taken back to the forest, my face was wet with tears of absolute joy. I shall never forget you Nessie. Never.

11:35 AM. I was told I'm in Glasgow. They said they found me at a children's playground riding a small metal dinosaur and screaming about gumdrop men and covered in blood. They said I broke into a nearby rabbit farm and slew about two dozen. I really don't remember much, but looking at my notes leads me to conclude that I was on a magical journey of wonder and splendor. Thankfully the Scottish police take MasterCard.

1:34 PM. Pimping in a Hilton, and sipping on gin and juice. I had my parents wire me some money and told them that I was robbed by a Scottish barbarian. I'm planning to rest my weary body for the rest of the day in the hotel.

3:45 PM. Accidentally pooped in the Jacuzzi. Thankfully no witnesses.

8:55 PM. I came up with a flawless plan to trick the mini-bar. As soon as I pull out the candy bar, I am going to set an object of similar weight (the remote) in it's place, therefore not triggering the computer to charge me. Just like in Indiana Jones.