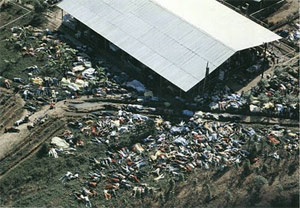 Bodies lay strewn across the lawn and around the vendors selling the water in the BPA-laced bottles..Thousands of attendees at the Wheaton Jazzy Ribs Festival in suburban Chicago over the Labor Day weekend failed to heed the warnings of BPAtruths.net and attempted to rehydrate by drinking water possibly laced with the potentially toxic chemical Bisphenol A. The plastic additive used in some plastics can leak into water and cause serious health effects. By the evening, the field facing the Wheaton Concert Shell was littered with hundreds of bodies as The Niles Davis Quartet played through the twentieth minute of a Miles Davis semi-improv jazz medley.

"I tried to warn them," screamed a middle-aged woman in Yoga pants on her vlog. "I said, 'buy the glass bottles, you don't know what you're getting from plastic.' They didn't listen. They looked at the plastic number on the bottom of the bottles, like that will tell you anything, and then they just started drinking. And dying."

The bottles of Romulan Spring Water were delivered to vendors at the festival in the morning and apparently nobody checked the plastic number on the bottles or confirmed the BPA-levels contaminating the water. 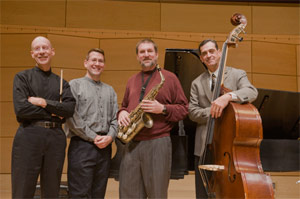 "We thought everything was going great," said Niles Davis Quartet saxophonist Benchaman Wolph. "We thought people were falling asleep out there. It usually happens a few minutes into our set.""It was hot out there," said one attendee who wished to remain anonymous. "I wanted a drink so I bought a water. I'm just glad I didn't drink any BPAs. I saw what it does to you."

Less fortunate attendees were said to convulse and collapse on the ground. Some experienced immediate effects, their bodies melting like hot wax, collapsing into puddles on the ground. Others sprouted disfiguring tumors until they were unrecognizable. Many were buried beneath the weight of their own squamous tissues. Children were particularly hard hit. Many simply exploded from BPA particles contacting their T-zone.

"It was like a video game," said a teenager sitting on his bike who did not attend the event, but watched the carnage from a safe distance. "People were screaming and dying. Everything is a video game. This is a video game."

Not every victim was killed outright by the BPA. Tuck Lowry, a hysterical dad holding his partly gender-switched cancerous baby, claimed his son only touched the bottle for a few seconds. 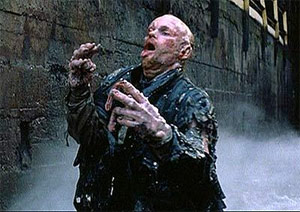 Attendees describe gruesome deaths including spontaneous combustion, sudden gender reversals, heart bunions and full-body bursting."I have BPA-free glass-lined metal bottles for Googah - we let him name himself - and we give him raw milk, but there were so many BPA bottles rolling around in the grass...I...tried to warn him away...but it was my Draw Something turn."

One expert, a professional Google search user and occasional mommyblog reader, offered a possible explanation for the large number of casualties.

"It was off-gassing," said Luke Perry, no relation to the actor. "Colorless polymer gasses create an invisible cloud of BPA toxins. Babies are at the greatest risk, seniors, HIV patients, Lupus people, Aspartame drinkers, they are pretty much all gonna die."

BPAmom75 has posted a thread and several animated GIFs on BPAtruths.net in honor of those slain. Well-wishers are asked to direct all donations to her Kickstarter to help meet her $100,000 goal for a prototype BPA-free stainless steel tunnel maze designed for cats.