Celebrity Apologies in the Mirror Universe 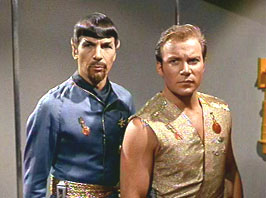 Yeah...we saw it on YouTube. Couldn't believe what he said. How is he not in prison yet? Mark Foley tugged at the golden sash wrapped tightly around his waist. In the face of his public embarrassment, it felt unspeakably constraining. How could he let himself become caught in such a compromising scandal?

"I deeply regret my error," he began. The cameras were impassive eyes glaring piteously at the sweating senator. "I do not know quite how to say this."

God, the golden sash was unbearable! He'd love to slip it off of him, but it was expected of a Senator to wear such things.

"I will simply say it this way: I should have had sex with those boys." There, the hard part done. Hard as a rock.

"I have spent serious time considering with my fellow Republicans after they removed me from the agony booth," he said. "The fact of it is this nation expects from its leaders one thing: homosexual pedophilia. And I failed to deliver."

It had been all over the news for days now, and everywhere he turned was a reminder of his failings. He had only gone so far as to have sexual instant messenger chats with the boys, but a man who does not shove his dick as far into a teenager as that young man's constricting anus will allow is not a man the public sees as a qualified leader.

"Most of all I would like to apologize to the parents," he said. "Your child was stripped down and relaxed, and if I was any kind of man at all I would have driven over there right away and raped him. I…I don't know what got into me."

Suddenly a laser beam shot out from behind the wall of cameras. Foley collapsed without a sound. Mr. Chekov approached the dying man triumphantly.

"So you die, Senator, and we all move up in rank," said the menacing yet boyish Russian. "No one will question the assassination of a politician who has disobeyed the prime order of the Republican Party."

Mark Foley struggled to see his killer through the haze of death. He murmured weakly:

"Do you really do it face down? Cute butt bouncing in the air?"

And, with that, he was gone. In the skies above, the first clouds of an ion storm began to gather.

"Fifty years ago we’d have you upside down with a fucking fork up your ass."

Michael Richards had expected abuse, but it was still hard to take. He rubbed the thin scar running down the side of his face and sighed.

"I know," he said. The PR agent gave him a disgusted look. 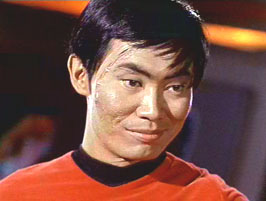 Sometimes I think they do it on purpose, you know? When they need more publicity or whatever? Just my theory."You can talk, you can talk, you can talk," the agent said, and stood. It wasn't like Michael had much of a career now anyway, but the public humiliation was still horrible. If only he hadn’t lost his head when the crowd had begun to heckle him.

"I don't know how it happened," he tried, "I'm as racist as anyone else. Listen: Fuck dirty niggers. See?"

"You're brave now motherfucker," said the agent, and hit play on the VCR. And there it was. The video clip that had made him the laughing stock of the nation. He could hear his tinny voice streaming from the speakers and forcing him again to replay every awful second.

There on the screen the black men shouted insults, and then, against all social conventions, there was Michael Richards politely reasoning with him.

"Sirs, I intend no insult to your racial heritage. You are equal in every way, I firmly believe that." Even if the cameras hadn't caught ever incriminating word, then still the moral bankruptcy of his actions would hang heavy on his soul. The PR agent turned back to him with a grimace, pointing at the screen.

"I know," it was all Michael could say.

"A nigger! Look, there’s a nigger!" the agent howled.

"Yes, I saw him," said Michael, "now what about rebuilding my reputation?"

"Well, I’m pretty sure Jerry Seinfeld is just as much of a has-been loser as you by now so he’ll probably stump for you if it gets his face on camera."

Outside, the thunder from the storm above rolled across the city.

"Oh hell yeah, I fucking stabbed that bitch," he said. "No hypothetical about it, I was slicing and dicing for real."

The interviewer glared at him.

"That's terrible. Hand over your agonizer right away," she said.

OJ pulled the traditional tool of punishment from his belt and pressed the button.

"See, bitch, I disconnected this silly shit years ago. Ha! Don't mess with the Juice!" He leaned back into his chair. "So, what you doing this weekend, girl?"

The ion storm growled from nearby, shooting thin, probing fingers of electricity towards the earth.

Mel Gibson poured another scotch. His career, everything he had worked for his entire life, was teetering on the edge of ruin, and all he could do was drink. He looked up at the picture of Pope Benedict he always kept at his bedside.

"Sorry Father," he said, and downed the glass. Thunder shook the windows of his room. 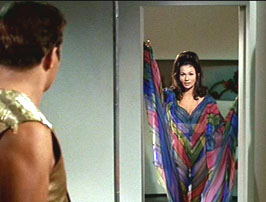 You don't say those kind of things unless you mean it. No, I don't care what he said later.All he had wanted to do was make a movie that would move people, help them understand what Jesus had done for them. But instead he had found himself at the center of a maelstrom of controversy. How easy it would have been to avoid all that, if only he’d had the good sense to show the Jewish race as base and devilish.

Instead the message of the movie had been swept aside among charges of anti-anti-Semitism and vows by Jewish groups to kill even more Christian babies in protest against the inaccurate portrayal. He had watched sadly as theater owners had burned reels in the streets while hook-nosed Hebrews danced around them clutching at great fistfuls of money.

The glittered vest, a common item for men of his age to wear, lay tight against his muscular chest. Alcohol seeped into his mind and he begun to devise some means of rescuing himself from the controversy. He would simply have to show the public that he really did hate the Jews, even though, try as he might, in his heart he could bare no malice towards them.

He would say it on TV. He would show it in his movies. And he would tell every single person he met exactly what they wanted to hear until his precious public yet again loved him.

Another glass filled. Another glass emptied. Then, another crack of thunder. A great flash of light. The ion storm had arrived. So had Mel Gibson. He was perfectly sober, and contemplated the half-empty bottle and shiny vest with confusion.

Mel Gibson was driving. He looked down at himself and saw a wrinkled flannel shirt. What kind of clothing was this for a man? In the mirror he saw something even stranger.

"A beard…" he said. "But my beard is short and well kept. This beard is wild and long. What is going on? Where am I?"

The answer to the second question presented itself in the form of a tree directly ahead. He swerved the car as best as he could in his drunken state, and realized he was on some sort of dark and windy road. It was like the road near his home, and yet...somehow different.

"This is a message from God!" he said happily. "He is giving me a chance to right my wrongs. A second chance, and, this time, no mistakes. I will tell everyone right off that I hate the Jews, and then maybe they’ll listen when I try to show them what I really want to talk about."

Red and blue lights flashed behind him, and in his incapacitated state it seemed yet another aspect of the divine message.

"Ah," he slurred, watching the approaching officer. "I will begin with him!"