Exposure to Celebrities May Render You Lame 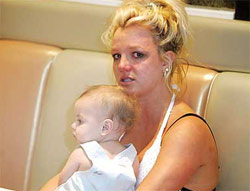 I admit it, I'm a total loser. I'm as smooth as extra-chunky peanut butter dipped in gravel. I fall all over myself in social situations and make bad first impressions. My idea of suave is telling a filthy joke at a party and hitting the punch line in the moment of silence between tracks on a CD. That's a good night.

But, as bad as I can be on my own, if you introduce a celebrity to the mix I instantly become ten times worse. It's not like I run into celebrities all the time, but I think this ineptitude in their presence is a common trait of the human condition. You have this one opportunity to meet someone and you are probably going to blow it because you're trying too hard to be cool.

When you encounter a celebrity you have three possible reactions:

1) You say "hi" and maybe shake their hand. If the setting allows, you can chit-chat politely for a minute or two and then wish them well.

This first option is never exercised. Celebrities are not normal people. They are 5,000 times busier than you are on your worst day and they are all fantastically wealthy and powerful. They live in unparalleled opulence and every free moment is spent being entertained in ways that would send shivers up your spine. SCTV's Joe Flaherty channels spirits for the Red Cross and hang glides over Mount Fuji daily. Dustin Diamond? Shits money and builds beaver dams for crippled beavers when he's not working on mastering cold fusion.

In other words, these are immortal, indefatigable and inscrutable beings that you cannot treat as you would a normal person. That leaves options two and three.

2) You play it cool as ice. You give them a nod or a smile and walk past like you don't really care. I'm sure they'll empathize, they don't care. You gain little or nothing from the experience, but you aren't harmed. Once they're gone you can throw up all over your chest out of nervousness and pass out on the floor.

3) You cram as much into the brief meeting as possible. You talk a mile a minute, hard-selling them on the idea that you are their ultimate fan. You want them to love you and you want them to understand why you love them. This is a life changing experience. If you feel like vomiting from nervousness go ahead and do it right on their face.

Obviously option three is going to have some unintended negative consequences, which is ironic because it's also the most widely exercised option. I don't want to rub anyone else's nose in their shameful celebrity encounters, but I will share my own.

Authors are unusual celebrities. Oftentimes their names are very famous, but their faces and who they are is not widely known. Dan Brown sold like 50 billion copies of that Da Vinci book, but I have no idea what he looks like. J.K. Rowlings sold 500 billion copies of various Harry Potter books and all I know about her is that she has a vagina or at least self-identifies as female. I think she probably has a British accent.

William Gibson - I met author William Gibson on the book signing tour for Virtual Light. I brought him a copy of Mona Lisa Overdrive to sign for some reason and then I gave him a picture I drew of a crab smoking a cigar. He looked at the picture and said, very politely, "That's ah, from my, ah-." I interrupted him and explained, "It's not from anything, it's a crab smoking a cigar." He nodded and the line moved on.

Dan Clowes - I met author and cartoonist Dan Clowes at a signing for his graphic novel Ghost World. Ever the contrarian, I brought a dog eared copy of Like a Velvet Glove Cast in Iron for him to sign. When I handed it to him I had a stuttering fit and was unable to say anything. I do not stutter. He was very polite and even signed a couple other things for me. I managed to blurt out "thank you!" after he had finished. This is possibly the worst overreaction I've ever had to a celebrity, considering 99.999% of the population would not recognize his face.

Douglas Adams - I listened to him read from Mostly Harmless at a book signing. As usual, I stubbornly refused to buy the book he was selling and instead bought a copy of a Dirk Gently book for him to sign. This is probably my worst celebrity author encounter through no fault of Mr. Adams.

I am blasphemously disinterested in his Hitch Hiker's Guide books, so I was kind of bored, but the real problem was that during the reading this old man next to me kept letting out these hideous squeaking farts that smelled appalling. Every time he would fart he would make this high-pitched giggling sound and grin really big. I know everyone thought it was me with the bad gas, because what kind of fucking psychopath laughs at their own farts in public?

We were sitting in the front row so Adams kept getting blasted with this old dude's stench. It got so bad that at one point he had to stop reading to start on this coughing fit. His face got really red and I think he almost passed out. What's worse, this old dude got up and left during the pause, so when Adams regained his composure he looked right at me accusingly.

My brushes with film and TV celebrities have been even worse. Always coincidental, I have never failed to make an ass of myself no matter what approach I take to the celebrity. 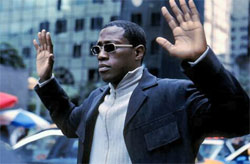 Wesley Snipes - I was with Wesley Snipes in an elevator in downtown Chicago about four years ago. I told him that Blade was awesome. He thanked me. After a few seconds of silence I told him that he looks much less black in person than in the movies. He did not say anything else to me.

Marilu Henner - I ran into this star of TV show Evening Shade about ten years ago at a Ponderosa Steakhouse in Indiana. I introduced myself and asked her what she was eating. She said "mashed potatoes" and I commented "looks delicious!" When I asked for her autograph she reluctantly agreed. When I tried to hand her the pen I knocked an iced tea into her lap. She screamed and I ran out of the restaurant without paying. I was later stopped by the police, taken back to the restaurant, and the restaurant owner threatened to press charges if I didn't pay. The irony is that I hated that TV show. 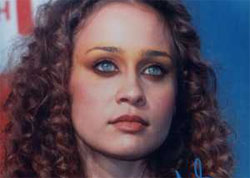 Fiona Apple - I stood behind her at an ATM. She backed into me when she was finished. That would have been no big deal, except I was wearing running shorts and I was on this medication that had given me painful priapism. In other words, I had a raging boner and she backed onto it like she was playing slow-motion ring toss. When she turned around she was absolutely furious and she just stared at my erection. I have never felt more humiliated in my life, but she had to kick me once before it was over. She snorted derisively and said, "That's it?" before walking off.

Ben Kingsley - I ran into him at the baggage terminal at the Atlanta airport. I was drunk at the time because I hate flying and when I saw him I yelled, "It's fucking Gandhi!" and I gave him a huge hug. He pushed me off of him and shouted, "What the fuck is wrong with you?!" He still autographed a dollar bill for me.

Those are just the worst of them. I've also made a fool of myself to Renee Zelwegger and I once mistook some poor guy at a bowling alley for Rob Morrow from Northern Exposure and spent almost fifteen minutes accusing him of being in a shitty ripoff of Twin Peaks.

I live with the shame of these embarrassing moments every day of my life, and I have just doubled that shame by revealing them to the world. The lesson for everyone else is simple: if you see a celebrity, just stay the hell away. The one who could end up hurt is you!