With college finals approaching, it's time once again for Microsoft Word autosummaries of all the old, boring books you were supposed to read. These helpful synopses tell you all you need to know about classic works of literature in 500 words or less.

The Jungle by Upton Sinclair 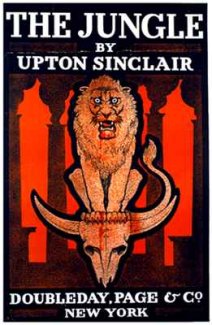 Jurgis talked lightly about work, because he was young. (Jurgis had studied this word carefully.)

Jurgis, being a man, had troubles of his own. Jurgis had discovered drink.

"The time she spent the night here," said Jurgis.

Jurgis made not a sound.

So Jurgis spent the night. "I want to go home," Jurgis said. Jurgis went outside. Ona!"

"I haven't any home," said Jurgis.

"I was blacklisted, sir," said Jurgis.

Jurgis started. "Why not?" asked Jurgis.

"Good man!" he cried. Jurgis and two policemen chased some men into a bar-room. The man was Connor!

-Then suddenly Jurgis looked up. To you, working-men! Working-men, working-men-comrades! Jurgis started. So much the little man heard, and then he pressed Jurgis's arm tightly. "No, sir," said Jurgis.