This weekend, as a function of my employment, I was required to fly out to the City of Apples to attend New York Comic Con, a huge gathering of nerds of all stripe. Knowing that my readers thirst for the levelheaded documentation of truth, I managed to break away from work stuff for a little while and take some photos.

While the serious journalist in me balks at the idea of posting a report based only on half an hour or so of wandering aimlessly around a convention, the part of me that doesn't really give a shit about the quality of my work (which is the part of me that writes my articles) knows that you don't really require integrity. You just want to see some nerds.

Due to the remote possibility that my face might be recognized from my infiltration of an anime convention, I decided to attend Comic Con incognito. In the proud tradition of cross-dressing SA alum Jed Kirchner, I donned my most adorable red skirt and hit the Con as Girl Dave. 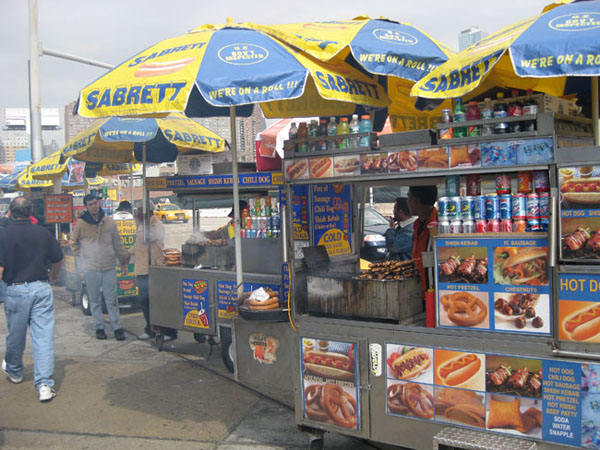 Outside the convention center, an endless row of ethnic men stand at carts, selling fragrant sticks of Klau Kalash to the gathered crowd of hungry nerds. I'd love to stop for a quick swig of crab juice, but important matters call. 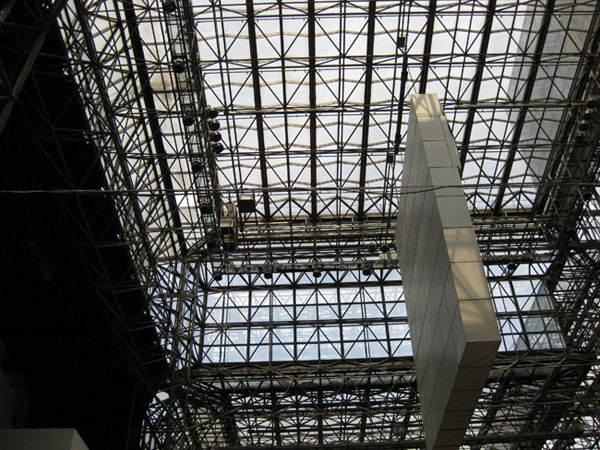 The convention is held in Manhattan's lovely Jacob K. Javits center, named for the late New York senator (known to comic fans as the creator of Hawkman and the Green Arrow). "Jacob, Jacob Javits," a man once said; "I'd like to thank you for everything, primarily your glass house." 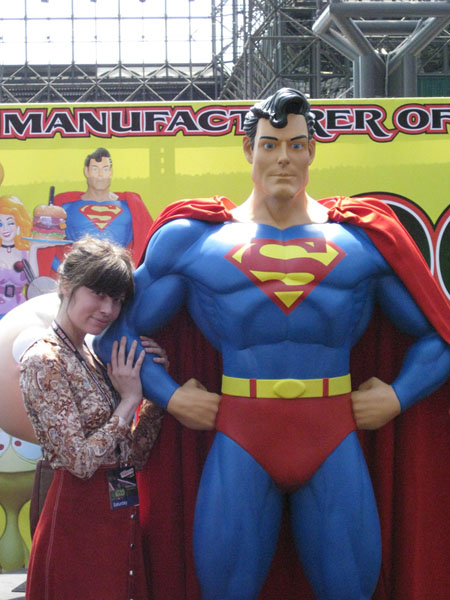 Just beyond the entrance, statues of various heroes beckon nerds to their social doom and financial ruin. Beside this hefty Superman, we catch our first glimpse of your narrator, Girl Dave. Though my femininity is only clothes-deep, something about the Man of Steel's heroic form makes me yearn to stroke his rippling forearms. "A girl could get used to this," I coo in my stubbly baritone.