The First Six Steps of a College Education

An hour of your life vanished last night. Poof. There it went. Gone until November. Chances are you didn't notice outside the fact that it was a little darker than usual when your alarm went off; or, more likely, when your mom opened up the curtain. I was originally going to write an update carefully detailing hours in my life that I wish would disappear. Instead, I've decided to focus on a few hours we all wish to erase--what it took to get into college. 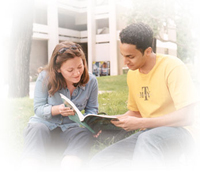 Congratulations, you got a high school education! Unfortunately, in our society, those twelve years of your life mean shit. Well, that is a bit harsh, you can't fertilize a yard with a high school diploma.

The problem with high school now is that everyone can do it. Hell, everyone's forced to do it. So the bar of success has been raised to the college level-where income becomes a factor. If you want to go to college, and I'm sure you do, then here are the first six obstacles in your way before you can spend the big bucks to live in a shitty drywall room with an archaic radiator and skip class to play Madden.

Choosing a college to attend dictates what kind of education you receive, who you hang out with, how much debt you incur, and where you will spend the next four years of your life. The fact that these factors are left up to seventeen year olds is amazing since seventeen year olds are stupid. The government has labeled these children too incompetent to vote, too naïve to have sex, too weak to fight in the military, too immature to drink, and yet they are allowed to select the location where they will illegally do all four. Most kids pick their school based on the quality of the cafeteria and how pretty the landscaping is. If given a chance, kids would attend Burger King. But not you, oh no, you're smart, that's why you're researching schools at Something Awful. There are four types of schools for you to choose from.

Community College
If your funds are low and you have a strange fetish for single mothers, then community colleges are for you. The populace in a community college classroom is split into two main categories:
People Who Want to Better Their Life: Single Mothers, their children, Immigrants, their children, Obnoxious overachieving High School students, Old retirees taking classes for fun.
People Who Don't Give a Fuck: Everyone under the age of 20, Stoned kids, Immigrants who are required to take a certain amount of credits to keep their visa, you.

Tech Schools
Tech Schools are great for people who have no idea what universities are meant for. These schools give people an option to gain a talent without having to do all that annoying learning. Tech schools replace that bothersome personal growth with developing a single skill. Think of it as job training you pay for, because it's certainly not education. Tech Schools are awful and for that reason alone they get the least description in an internet article making fun of higher education. 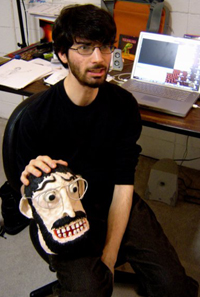 Arts degree at work
Private schools are like condoms-there are a million different flavors. Every major city has somewhere around 63 private universities tucked in forgotten back alleys. Or maybe I'm thinking about bums. Either way, I discover a new college in my hometown every year. These institutions are great because they don't have to follow those bullshit state rules like "equality" or "common sense." Imagine if the FDA didn't have to check or regulate "private foods." Now apply that to education. The only thing stopping the school from teaching "Hist 310: The History of Dreamsicles" is a board of six or seven people.

Do you like a large student population, receiving little attention from school faculty, and a minimum fulfillment of racial quotas? If you answered yes, then a state university is for you.

Larger schools are able to draw famous intellectuals-a feature that many students feel give them a chance to succeed. However, you and the other 400 people in your class are all trying to get noticed. So while you want to be recognized for your advancements in the Ladder Theory, the professor never keeps attendance, and the grades are based on two machine-graded exams. The famous scientist will never even read your name, let alone know of your existence.

The most exciting thing about going to a large public school is the chance to see someone on the basketball team compete in the NCAA slam-dunk contest. No Ivy League pussy can say that.