The First Six Steps of a College Education 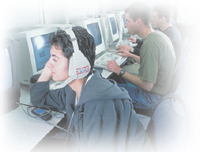 Most schools require prospective students to pay a one-time application fee. Paying for applications seems absurd--but trust me--it's for your own good. It is just the college's way of providing you a sample of what's to come. This is just an Indian burn given to you in grade school by the bully who'll beat the shit out of you for the next four years. By the time you graduate, paying $100 for the school to look at a paper with your name on it will seem like a great deal. But you probably think having to pay anything to have a college decide if they will accept you (and take more money) is ludicrous and opportunistic. If it helps, think of it this way: When you go to the McDonald's drive-thru to order a Big-Mac combo meal plus two apple pies you use the intercom service. The intercom is a mode of communication for you to show interest in a McDonald's Big-Mac, so McDonald's (or any other fast-food chain) charges you a one time processing fee for every request you make through their intercom. So, think of your college education as a juicy burger, and think of the intercom service as an opportunity for the company to fuck you over while delivering its product. Alright, I made that whole situation up-there is no excuse for a school to charge students for an application. 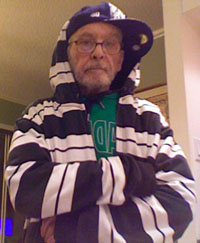 Congratulations, you've been accepted to a school. First thing's first. You have to fill out the FAFSA. No, I didn't just bash my fingers across the keyboard, that is the actual name of the form. They may as well call it ASDFASDF or KJSDGBOETJGALK. This is the king of tax forms. It is supposed to be filled out by the student in the middle of February, which is awesome because every teenager at school should be responsible to fill out their parents' income. It's even better for children who have divorced parents, especially kids who aren't that close to one of them. Imagine the phone call, "Oh hay ma. It's Jessie. JESS-EEE. Yeah, I'm Ray's kid. How's Deluth? Yeah, ya don't say? Well, hay, how much money didcha make last year? I dunno why, this school form is asken me. No ma, you don't have to give nothin."

Eventually you finish the beast and send it in. Your scalp scabs over from the hair you pulled out, the swelling on your knuckles goes down from the holes you punched in the wall, your dog will never walk again.

But oh well, it's over, and seven days later you receive a response. Oh glorious, the school has been so kind as to offer $700 through a federal work-study. Whew, now you can earn this money one hour at a time at the school gym or cafeteria making 25 cents above minimum wage. Who cares that your wages are well below any other local business--it's from the government! The school has really blessed you. You've really gotten a leg up; wait no, that's the school's leg that's up as the college takes another piss on your head. Drink up. 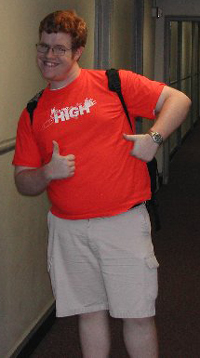 Since you'll be draining your income, your parents' income, and their parents' income into college, you may want to look into scholarships. There are a lot of bizarre ones out there. Are you a bi female with lobster hands and Jewish parents? Well, there's a scholarship for you. Hell, my college education is bankrolled by Chipwich.

Which one of these four goal statements seems false for a seventeen year old:

That's what I thought.

U got the booze?