You Are Not Batman 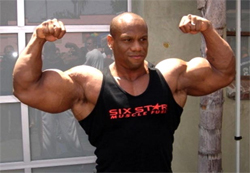 I TAKE THESE GUNS EVERYWHERE!!!I have since determined that there are two types of people who carry guns around in public: people who use guns in their jobs and people who are stupid or crazy and should not be carrying guns around in public. I'm willing to be pretty forgiving on the former point. Guns are fine for any sort of law enforcement agents, firemen, private security guards, bail bondsmen, trick shooters, time traveling cowboys, and anyone else who actually uses a gun on the job. It's perfectly reasonably to arm yourself for all of those professions.

You look ridiculous and everyone knows the only reason you're packing heat is because of some juvenile tac-ops fantasy you have. You know the one. You're eating a bear claw and an illegal Mexican immigrant holds up the Dunkin' Donuts where that cute Indian girl works. You head shot the robber, just like in your vague recollection of Boogie Nights, and the cute Indian girl burns her daughter to run away with you.

Guys, I know it hurts to hear, but you're not Batman.

The day isn't waiting to be saved by you and your empowerment totem. The beautiful women are actually repelled by you carrying around a Desert Eagle at Best Buy like some sort of insecure Mossad agent.

This isn't Dungeons & Dragons. You don't always have to carry around everything written down on your character sheet. There are places, most places in fact, 99.99% of places, where you can let your guard down and not try to be Batman. 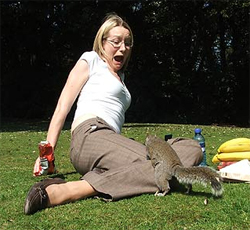 One of those teachers at the school is going to turn out to be a sadistic bully who is going to treat the new allowance like permission to walk around with his fly down and his dick out. He's going to jam a .357 prosthetic into his belt and scare the shit out of eighth graders every chance he gets. Nothing quite sooths nerves like an egotistical asshole bullying your kids every day with a hand-cannon strapped to his leg.

Worry about defending your house from drug-crazed Mexican home invasion rapists, or Janet Reno, or whoever sends a tingle up your leg. Leave the shootouts at Starbucks to the real Batmans. If you have to carry a gun around then be polite, keep it out of sight.

If I see one more of you jerks I am going on a shooting spree.