This book consists of ideas, images, & quotations hastily jotted down for possible future use in rap or hip-hop lyrics. Very few are actually developed raps - for the most part they are merely suggestions or random impressions designed to set the memory or imagination working. Their sources are various - dreams, things read, casual incidents, chronic, trifling bitches, & so on. 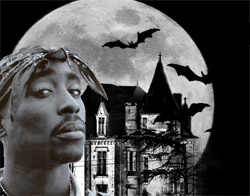 1 A nigga look in an antique mirror and his face is a skull (murder? He own death?)

3 An inhuman nigga comes up out of a book

7 Strange colours seen by a nigga on the subway

11 Nigga shoots a witch, turns into a dog 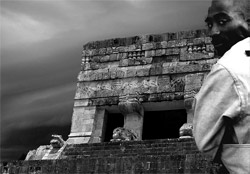 20 A nigga claim he ain't her baby daddy, turns out he ain't and he hurt his lungs smokin' too much endo

25 a possible new entry into 'dank ones' mythos??
~a nigga out of time~