The Copious Bulletin of J.F. Swanton

Pray hark, treasured partisan of the Swanton brand: the life of J.F. Swanton brims with deed and circumstance! Never before have I had so many evil acts to report, and to write of each in detail would overfill this newsletter to a state of bloody bursting, like the bladder of an elk suffering the horror of my patented Agonizing Urine Reversal Trap (pg. 12). Loath as I am to spare myself the richly-deserved flattery of a full memoir, I will attempt to render each of my recent mad labors in as few words as possible. Forgive me if I fail.

A WANTED AND PARDONED MAN

What is a vegetable garden, my friends? It is a testament to man's mastery of the Earth: he takes a plot of soil and transforms it into a feast. J.F. Swanton does not dine on shrubbery. I favor a more delicious garden: a zoological garden. So impressed was I with newspaper accounts of the St. Louis Zoo that I endeavored to worship its living bounty.

And so I took a pleasant journey to St. Louis, galloping hundreds of miles beside a train, nude and bloody and howling all the way (if you guessed already that I am barred from train travel for life due to a prior act of onboard nude evil, you are correct). When I reached at last the storied Zoo in the morning's wee hours, I had worked up the hunger of a man six hundred times my own size; I had no choice but to taste the garden's bounty. In a frenzied fugue, I cut a bloody warpath through the grounds, sampling the flesh of each animal until my dark hunger was satisfied and each and every living creature-- from the amiable dromedary to the gentle pervert bushbaby-- had great holes bitten from its flank. None survived, though the rhinoceros made a valiant attempt to remain upon this Earth.

To be brief, St. Louis proved inhospitable. Their idiot bastard mayor-- whose cursed name I shall not publicize here-- denied my manifest right as an American citizen to enjoy the fruits of a public garden, and I was branded a criminal. While hiding from St. Louis lawmen, I wrote letters to the dozen most disreputable trappers I'd ever encountered and requested a simple favor: to loose wild and fierce animals inside the unjust mayor's manse, that he might be devoured for revenge.

After nearly a week without reply, I decided to take the matter into my own hands. I crafted a makeshift Waccamaw Eyebleed Trap (pg. 48) and crept into the mayor's window with it, but it seems my call had already been heeded. As I arrived, the mayor was tormented by America's deadliest creature: the Virginia Double-Sized Cougar. I watched in amusement as it circled him, spitting and hissing as he wept and freely emptied his bladder. The sight was so pitiful that I could not bring myself to waste such a fine trap on so weak a creature. Instead of trapping this wriggling piss-pig in the Eyebleed's beautiful hooks and razor tangles, I cast it instead toward the raging cat who might bless the trap with a worthy death.

I was hailed as a hero by the worm of a mayor, of course, and fully pardoned for my garden feast. My one regret is that the mayor still lives. (But for how long? Goodness knows how many of my letters to our Republic's most fiendish criminal trappers are still to be answered...)

A CHALLENGE MET AND EXCEEDED

Within months, whimsical accounts of my St. Louis adventure had reached the far shores of Europe, where I became a celebrated curiosity. It came to my attention that the effete café set in Paris revered me as some avatar of the American frontier spirit. I found this amusing, if slightly inaccurate-- I represent the spirit of nothing more than evil itself.

Such a stir was I in France that I was offered an unprecedented honor: Paris was soon to hold a Great Worldwide Exposition, a showcase of the greatest arts and technologies of our world, and I was invited to represent America's trapping industry in whatever way I should see fit.

I must suppose that I have become vain in my advancing years, for I accepted: a grand pavilion would be built, stocked with the most diverse menagerie of beasts ever assembled under one roof-- my one responsibility would be to dispatch every last one with the most sickeningly cruel traps ever imagined by man. 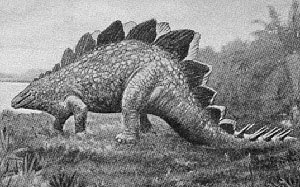 My pavilion of death was the talk of the exposition. By noon on the first day, its white marble pillars were stained in glorious crimson and stench of blood and vomit was so thick in the warm Paris air that ladies and men alike fainted a full hundred yards away. My pledge of brevity prevents a full account, but never before has such a spectacle of blood and death passed before human eyes. Never before has any man or woman alive seen a rare WHITE GORILLA cubed in seconds by the Improved Swift Grate Trap (pg. 19). Not once before in the history of God's Creation has any living person witnessed THE LAST STEGO-SAURUS LIZARD ALIVE torn apart in a thousand directions by the Revolving Satanic Mutilation Puzzle Trap (pg. 88). Barring some miracle of God, these things will never be seen again... but in honor of their passage into legend, I invite you to DEDUCT YET ANOTHER FIVE PERCENT from all listed prices.

MY LANDS ARE FORFEIT

In a previous letter to my customers, I claimed that I had VERITABLY EXTINCTED FOREVER seven species of creature. Among them was Clark's Lemur, one of my proudest extinctions: a magnificent primate native to the Carolinas with ticked grey fur, piercing green eyes and a ringed tail of white and red. I quite enjoyed trapping and maiming them, as they had the inquisitive manner of a bright child and even, in some cases, a capacity for basic English speech.

I furthermore claimed that I would FORFEIT ALL OF MY LANDS AND MONIES to any man who could produce a further specimen-- I was fully convinced that I had killed their last, partially by the fact that the last Clark's Lemur I killed told me with his own mouth that he was the end of his kind. Much to my surprise and delight, Mr. William Fredrick Barrow of Charlotte, North Carolina, mailed to me a LIVING SPECIMEN of Clark's Lemur, winning my challenge and my property.

Immediately after I killed the lemur, I invited Mr. Barrow to my trap garden and turned over my deeds and accounts to his worthy hand, which was immediately severed as he stepped on the concealed spring of J.F. Swanton's Own Seven-Day Blood Cyclone Trap (pg. 80). Alas, Mr. Barrow had no next of kin, so when his screaming finally stopped-- after a full nineteen days, so dearly did he cling to life-- my lands and accounts reverted to me. Rest in peace, William Fredrick Barrow; you have my genuine respect in this life and what follows.

It is with more certainty than ever that I declare Clark's Lemur TRULY AND VERITABLY EXTINCT FROM THIS WORLD! To celebrate this grand feat, I invite you to DEDUCT AN ADDITIONAL TEN PERCENT FROM ALL PRICES LISTED.

And with my own fresh blood I swear it all true,