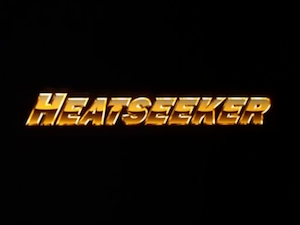 Overview: In a grim future world where boxing has been replaced by life-sized human Rock ‘Em Sock ‘Em Robots and the judges supplanted by chain-smoking filipino men reading stock tickers for companies that manufacture hydraulic glutes, a weird effeminate Dr. Strangelove cosplayer decides it’d be cool to bring in a squishy human guy to humiliate all of their unstoppable robotic death machines, ensuring the demise of their stupid cyber-implant industry forever.

The Case For: Filmed in 11 days, so at least it wasn’t as big a waste of everyone’s time as it could have been.

The Case Against: Filmed in 11 days, which didn’t keep Albert Pyun away from making even worse movies for nearly long enough.

The Vein: And I’m Zane “The Mainest Vein” Zimmerman, or possibly an incredibly lifelike unauthorized Nexus-9 replicant of him, I’m not sure which.

Haymaker: Some serious metaphysical mind meat to chew on there, Zane. I won’t tell Jared Leto if you don’t.

The Vein: I appreciate that, Hank. No time for an existential crisis now though, not with the 34th Quasi-Annual Cyborg and Occasional Regular Human Guy Death Fighting Classic about to begin!

The Vein: The anticipation for this tournament is flowing like Spice from an Atreidean death mine, and I for one am happier than a brain bug at a MENSA dinner to be here ringside for what promises to be the shirtless mixed martial arts and stock speculating event of the season.

Haymaker: You said it Vein, and if this lineup of fighters in front of me is even remotely accurate, we’re guaranteed to be in for a gut-bustingly rich Thanksgiving buffet of pugilistic pusillanimity and bulging hydraulic biceps.

The Vein: Speaking of Thanksgiving, what are you thankful for this solar cycle, Hank? For me it’d have to be Sir Isaac Asimov’s immutable laws of robotics, without which our soulless programmable slaves would no doubt rise up to butcher us all like livestock in our sleep and render our skin into cheap organic lubricant for their chainsaw arms.

Haymaker: I’m thankful for my six lovely holo-wives and our beautiful children, GokuPussy420, Delete Me.bat, and Hank Jr. I’m also thankful for finishing moves like the Cambodian Necktie, that remind us always of our fragile mortality, and how cool it is to watch a guy’s tongue get ripped out through a hole in his neck.

The Vein: Well said, Hank. If my original eyes hadn’t already been popped out of my skull and eaten by a Mexican cage fighter in that charity taco truck bout on Tijuanas IX, rest assured, they would be tearing up right now instead of just making metallic whirring sounds and scanning for John Connor.