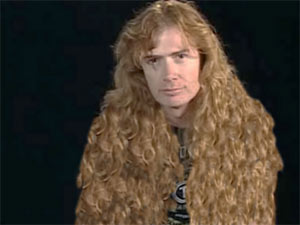 Hey shred heads, hope you are keeping the spirit of metal alive in these dark days.

I want to dedicate this article to the victims of Aurora, Colorado, Sikh Temple, Wisconsin, and the innocent lives sure to be lost in all future false flag operations. Although your government may attempt to suppress the truth about what is happening, infowars and naturalnews.com, as well as most of the bands I have talked to on the Gods of Metal Tour of Asia and Eastern Europe, will continue to fight to get the word out.

As some of you may know I have received a lot of static from the mainstream media and liberal metal guitarist media establishment, lap dogs of the current administration and anti-christian groups operating on the fringe of American society about some comments I made in Singapore regarding Barack Hussein Obama's involvement in the planning and execution of mass murder against USA citizens in Aurora, CO and elsewhere.

It's time to open your eyes. The truth is waiting to be discovered if you will take your mouth from the teet of government controlled bias media.

Here are some facts: 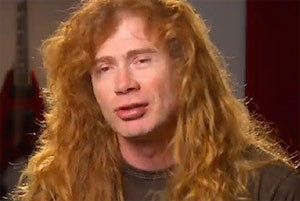 Have you heard about the shooting at the Family Research Council in which a liberal gay rights psychopath shot and wounded a security guard in the arm? No, of course not, because this is not the script they want you to read. It's like I have said: kill a man, you're a murderer, kill many, and you're a conqueror, kill them all...Ooh...Oh you're a god! But wound a security guard in the arm and it's like it never happened, straight down the memory hole courtesy of Rachel Maddow. Who are the real monsters here, the hapless dupes tricked into doing the bidding of CIA/Obama or the puppet masters behind the puppets?

Still not convinced? Consider this, Anders Behring Breivik's attack on liberals in Norway was a false flag dry run operation of CIA and Etterretningstjenesten (Norway CIA) under the orders of Obama to allow liberal politicians in Norway to take guns and ban Christian churches.

According to Rick Santorum, there are currently abortions being forced on women by the national healthcare system of Norway to prevent more Christians from being born. If you are an elderly woman and you need a liver transplant you will be euthanized But Anders Breivik is the monster? He was trained by CIA and indoctrinated using video games.

Why won't Barack Obama release his college transcripts? One word: SOA. School of the Americas. Turns out Obama is rogue CIA from Colombia, used to train communist guerilla groups. Wake up, people. Don't let them get away with this. Don't let the UN take our guns. Don't let them introduce the AMERO. The takeover has begun. If they take our guns they have imprisoned us, and captive honor can hardly be called honor at all.

Oh and we are adding some dates to our Thirteen tour, so if you are in Poland or Estonia please check for tix at megadeth.com.