Every month the editors of Deathbed Testbed provide expert opinions on the hottest technology as they perish.

Letter From the Editor
by A Mudskipper Flopping Across a Minefield

It is a tremendous honor to step into the role left behind by last month's editor, Hot Dog Eating Contest Audience Member Choking On Gum. In the months and years ahead I plan to roll out a number of ideas to improve this fine publication, starting w- *TERRIBLE EXPLOSION* 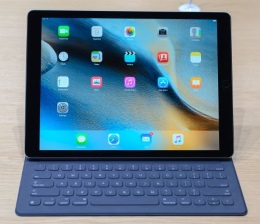 Houston, do you copy? Houston?

If you're sending, I'm not receiving. All I can do is transmit and hope that your equipment is stronger. Hope that someone out there can hear these, my last words.

As I spin out into the great nothing and the vast expanse of distant stars swirl across my fog-shrouded visor, all I can think about is how much better they would look on the gorgeous 12.9-inch 2732 by 2048 screen of the iPad Pro.

Apple has truly created a magical device, a revolutionary device, the most advanced iPad to date. No one has ever seen a tablet with a keyboard cover before. Because Apple came up with it. This, folks, is why they're the best tech company.

I spent time with the iPad Pro, and I can confirm that it lives up to the Pro name. It's very big. It runs phone apps, but on a way larger screen. Incredible. This is a tablet for professionals. They think it's going to change the world, and I agree. From where I'm floating, the world is a tiny place getting smaller and smaller by the second. It almost seems too fragile to withstand the power of the iPad Pro's A9X chip, or the device's ability to run two applications side-by-side, which has never been done before in computing.

There went my oxygen reserves. All I have now is what's left in the suit. I'll tell you the truth, Houston. It's awful *gasp* lonely out here. Feels like I'm the only *gasp* human in the universe. But I take solace knowing... *weak gasp* that I'm not alone in my anticipation of *gurgle* the launch of the magical iPad Pro this November. 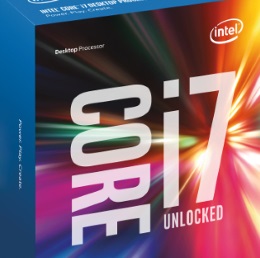 You'll have to come closer, dear. All I can manage these days is a whisper, and even that's a struggle.

The good Lord has seen fit to let me witness many incredible sights during my blessed long life. The Great Depression. The introduction of the Samsung 850 EVO SSD. The end of the last "great" war. But nothing compares to the blazing fast benchmarks I recorded with Intel's Core i7-6700k.

Folks, this processor can handle anything you throw at it. 4K video editing. Hardcore gaming. It puts last year's... Bobby? Is that my Bobby? There, in the ceiling behind my children and grandkids? Oh you don't know how badly I've missed you all these years, Bobby. Almost as much as I'll miss putting the Intel Core i7-6700k through its paces in BenchGeek.

Bobby's gesturing for me to come with him now. I'm gesturing for you to drop a Core i7-6700k in your liquid-cooled rig and brag about your specs on hardware forums.

AAAHHH! IT BURNS! IT STREAMS MEDIA FROM NETFLIX, AMAZON, YOUTUBE, AND CONTENT STORED ON LOCALLY NETWORKED SERVERS! PUT ME OUT! WHY ISN'T THE FIRE EXTINGUISHER WORKING? IF ONLY IT HAD THE BUILD QUALITY OF THE ROKU 3 AND ITS REMOTE, NOW WITH A HEADPHONE JACK AND MOTION CONTROLS FOR THRILLING GAMES SUCH AS BIRDIE, A FLAPPY BIRD CLONE!