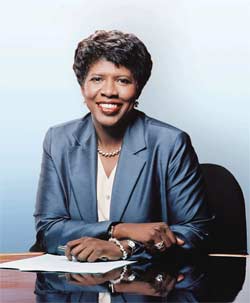 Gentlemen, start your engines! VROOM VROOM!The first and last debate for America's aspiring vice presidents (all two of them) wrapped up not long ago, with the results being much closer than the first presidential debate. Although most people favor Dick Cheney's performance, John Edwards did put up a decent fight. All in all, both candidates did a fantastic job arguing issues in a completely meaningless way, signaling another four years of the same regardless of the election's outcome. Both accused each other of flip-flopping (a pointless accusation since every politician with a pulse flip-flops) and having inaccurate facts. There were also some cheap shots, but none on the level of an East Coast-West Coast hip hop feud.

Before the debate began, I listened to some random NPR attack drones discuss how Dick Cheney was a menacing statesman, fierce and steady, determined to destroy Edwards with his proverbial Omega Beams. They talked about how his arm was lost in a sword fight, his past as a cage fighter, his mother's Gorgon heritage, and all the blood on his hands. When speaking of John Edwards, they talked about his magical tongue that, like the song of a siren, had the power to enchant people for better or worse. They praised him for his vitality and his ability to not look like a bitter old man. I considered this a good primer for the debate, since it appealed to my interest in superficial commentary.

"The Rules of Engagement" for the debate were similar to those of the first presidential debate. Both candidates would have two minutes to answer questions, get 90-second rebuttals, and 30-second sudden death bonus rebuttals. In addition, a merciless colored lighting system would tell them when they had to shut up. Candidates would sit at a table with the moderator, Gwen Ifill, who is best known for her work on the game show Where in the World is Carmen Sandiego?. Unfortunately, Rockapella did not join her in presiding over the debates. Unlike last election, which was disastrous, the debate committee chose not to have the winner be declared by a panel of young women that went on dates with each candidate.

Although the debate was highly repetitive, it did provide some interesting moments key to helping voters decide which candidate they want leading the charge into Armageddon. Here are some of the highlights that stood out most to me. 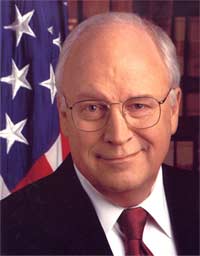 Hey, he doesn't look so evil in this picture!

Edwards started off heavy by removing his shirt and asking Cheney to "oil him up." When Cheney refused, Edwards called him a "tease." Edwards, in a candid move, then recited the sacred Green Lantern Oath while bare-chested:

In brightest day, in darkest night,
No evil shall escape my sight.
Let those who worship evil's might,
Beware my power....Green Lantern's Light!

While Edwards went through the debate not wearing a shirt, Cheney wore a T-shirt with a tuxedo design printed on it. He repeatedly juggled oranges and bit his lip when asked difficult questions.

When the discussion turned to homosexual marriage, Edwards snapped a VHS tape out of his jacket. "This video cassette," he said, "contains footage of Dick Cheney's lesbian daughter having lesbian sex. I think the American people have the right to see this video, and I brought a VCR with me." Cheney successfully "yoinked" the video away as a frustrated Edwards struggled to properly hook the RCA cables to the VCR.

Cheney, attempting to prove Edwards incapable of defending this country, shocked everyone with a startling revelation. "How do I know John Edwards can't defend our country?" asked Cheney. "Because I abducted him from his home when he was a child and threw him down a flight of stairs, obviously causing permanent brain damage."

Cheney cracked his knuckles and added, "and I could do it again." Edwards was left in tears. 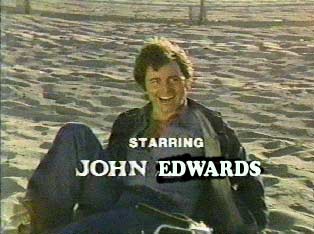 On numerous occasions, Edwards mistakenly referred to the moderator as "your honor" and Dick Cheney as "the defendant." On the flipside, Dick Cheney repeatedly invoked the name "Adolf Saddam bin Laden Noriega" in a possibly calculated attempt to spark fear in the hearts of cowardly Americans and further link bin Laden with Hussein and other evil men.

Cheney lost some credibility by countering Halliburton accusations with, "the nonpartisan website Sexbarn.org has all the information discrediting those rumors." Actually, Sexbarn.org turned partisan about the same time they added the alpaca gallery and video section.

Edwards did not hesitate to bring up Halliburton at every opportunity. Cheney finally countered by giving Edwards a coupon book offering valuable discounts on Halliburton brand merchandise.

Both candidates struggled with Gwen's question, "if you could be any flavor of ice cream in the whole wide world, what flavor would you be?"

Cheney began multiple rebuttals with, "I don't know where to begin." While he was attempting to convey that he was overwhelmed by inaccuracies, it came off sounding more desperate. Edwards preferred to start his rebuttals with, "the reason for that burning flesh smell is that my opponent is ablaze in the flames of his own filthy lies." 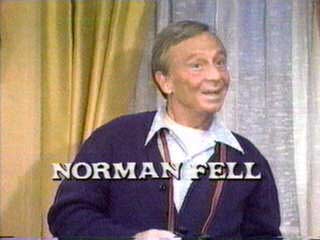 Normen Fell wasn't involved with the debates, but I was thinking about him throughout those tense 90 minutes.

In an effort to prove how strong he was, Cheney injected a syringe full of heroin into his heart. He finished the debate spitting and oozing blood from of his mouth.

When told not to mention John Kerry's name in his response, Edwards mentioned it twice. Legend has it that if you say John Kerry's name three times, he will appear and kill you with his hook hand. Gwen scolded Edwards for trying to invoke evil spirits.

Meanwhile, in a remote cabin, Peter Camejo declared himself the winner of a debate he had with two effigies he built in his garage.

Unfortunately, unlike the first presidential debate, the vice presidential candidates failed to fully grasp the very concept of the election. This is an election of fear, and whoever tells the scariest story wins. They repeatedly strayed from topics such as "nuclear proliferation will kill us all" to pay lip service to unimportant domestic issues such as jobs, gay marriage, and healthcare. This is absolutely unforgivable, since healthcare is meaningless if we're all dead or injured by terrorists! Furthermore, neither candidate addressed the impending return of 9/11. Anybody with a 2005 calendar can see that it's going to happen again. All I'm saying is that there are no 13th floors on buildings, so maybe we should play it safe and strike that date from the record.