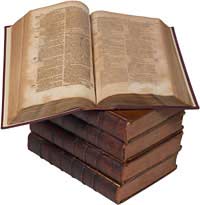 For centuries November has been known for turkey and very little else. In recent years, however, it has been hosting something known as an annual event where people have the entire duration of the month (which I think is like 60 or 70 days) to write a story that's at least 50,000 words in length. People all over the world of all ages and all walks of life rise to the challenge of writing 50,000 words, hoping to craft the next great literary masterpiece. Many people simply do not know that many words, and give up after 100-300 words, but some brave souls are powerful enough to wield the English language like a sword that cuts into the page like ink cuts into the white of paper. I'm definitely one of the latter, as indicated by that expertly crafted sentence you just read.

Now that November has come and gone, the world is now many novels richer. I have just finished up a busy seven days of reading every single work, completed or not, submitted for National Novel Writing Month. This was an arduous journey that strained every ounce of my soul, because I have difficulty reading anything longer than 500 words and really just prefer to look at pictures of large robots stepping on things. I learned a great deal by reading every single entry, and that's that people aren't very creative. I never thought that so many duplicate stories could exist, but apparently most people think alike. To give you a better understanding of this, I have compiled a great deal of statistics proving the latest Great American Novel didn't get written in November.

327 half-finished novels in which the children of characters from "Lord of the Rings" are united in battle when robots attack Middle-Earth.

14 novels where the protagonist is revealed to be the antagonist at the end. Children all die when the newly antagonistic protagonist decides not to disarm the bomb inside the wizard school.

Two novels in which an adult Harry Potter must overcome his guilt and alcoholism to avenge the rape and murder of Hermione.

47 wrongly submittied letters to the editors of Reader's Digest that met the 50,000 word requirement.

18 stories about a cyborg cop being deployed to clean up the mean streets of Compton, California. Cyborg instead falls in love with hip hop culture and has a smokin' time tricking out his police cruiser.

Four stories in which Jack the Ripper is transported to the future to murder a cabal of French prostitutes that have taken over every single government in the world.

Five novels in which a cowboy struggles to come to terms with the modern age. Eventually he is beaten and placed on a conveyor belt, then slowly conveyed into the sunset. In one story the ending differs, with the converyor belt being substituted with a gay man.

Eight stories where Abraham Lincoln did not die but rather ascended to a higher plane of existence, taking his place as a new star in the night sky, only not before annoiting countless things such as chairs, beds, and clothing as holy weapons with his blood.

34 dystopian novels set in a world where liberals won the War on Christmas. 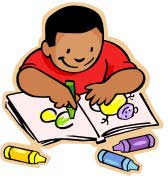 14 stories exceeding 200,000 words each depicting the terrifying scenario of the USS Nimitz aircraft carrier traveling back in time and accidentally intercepting Christopher Columbus on his voyage to the new world. In each of the 14 stories, the two factions team up to fight Nazi time pirates trying to destroy Christmas.

Seven stories in which Hulk Hogan and Randy Savage switch bodies and have to solve a murder onboard the International Space Station.

One story that's nothing but a 67,423-word description of a hypothetical jump made by stuntman Evel Knievel. The jump saw Evel traveling a distance of 4,357 feet over 6 churches, 27 church buses, and 4 of America's surviving presidents. It ends with a poem that's an homage to Robert Frost's "The Road Not Taken" entitled "The Ramp Not Jumped."

Two novels that feature Wilford Brimley traveling to the heart of a black hole to rescue a tractor. Both end with his mustache overpowering the singularity and destroying half the known universe.

One story set in a world where the 1980s never ended. Taking place around the year of 19817, the story follows two rival gangs of new wave musicians fighting it out for control of Neo Cleveland, Ohio.

14,792 usages of the word "elf" and 2,347 uses of "that sanguine elven clitoris" (the 2,347 uses were from one particularly lurid story in which the children of characters from "Lord of the Rings" are united in bed when robots enslave Middle-Earth).

One epistolary novel written in the form of Internet chat logs between two people: a boy angry at his father and his friend who is slowly being eaten by an alligator that moved into his home and killed his family.

One really well written traffic ticket that was sadly far short of the required 50,000 words. Still, it was breathtaking.

One 67,347-word story, disqualified because of 18,647 misspellings and typographical errors, about aliens projecting a hologram onto the earth – a hologram they called "the holocaust."

Three steamy romance novels in which Matt Damon gives up everything to marry an overweight woman with six kids in a small rural Arkansas town. All three stories were penned by the same author: David Thorpe.

Four stories in which Wesley Crusher succeeds where others failed in finding a legitimate way to win the Kobayashi Maru simulation.

One unfinished novel about a scientist inventing a shrink-ray that enables people to shrink down and go inside hot dogs, creating a hot dog tourism industry that makes billions up until mankind's hubris leads to an unbelievable nightmare scenario. I'll finish it later, goddamnit.

All totaled, I will never read anything ever again. People have no right to write anything. None at all. I want to see the English language, and any language for that matter, taken away by evil jackbooted thugs. Until that happens, you might as well just start saving up ideas for next November, when you write your very own worst novel ever.