The Passion of CLEATUS

Disciple Hank Williams Jr. was given the football by CLEATUS, signifying the passing on of pre-game celebration from one robot to a hairy country singer. Later, the robot was sentenced for burning down a Fox station in Montgomery, Alabama although all evidence pointed to Hank. 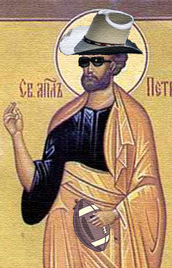 Eye-witness accounts of the passion of CLEATUS vary greatly, but many similarities exist in all stories.

"He was pushed to the cross by the troops during pre-game, but he was not hung in time, so he was able to stretch and jump around during a timeout. He was Crucified during the halftime show. The fireworks were cool." - Boy 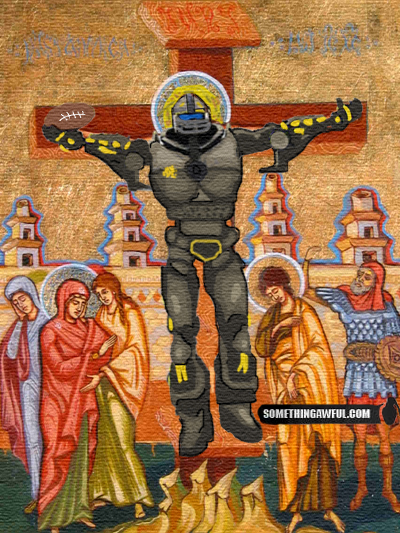