WELCOME TO THE LANDOWNERZ CLAN SITE

IN CASE YOU BE IGNORANT ABOUT US, SON, LANDOWNERZ IS THE #1 FARMING SIMULATOR 2011 CLAN! #1 IN HARVESTING, #1 IN PLANTING. CEREAL GRAINS, SOY, ALFALFA, there ain't a crop we can't drop. Don't look at the leader boards, just trust us. 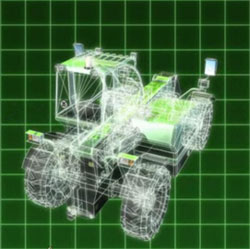 We lost our match to the JOHN DEERE BOYZ, but only because Soy Bandit wasn't feeling well after getting food poisoning. The bad Thai he ate caused him to take his 7545 RTS into the fields way before the crops were ready. We asked for a do-over when he started driving aimlessly in circles while moaning horribly over teamchat, but JOHN DEERE BOYZ apparently don't like even matches.

We just finished tough match against Agroculturists. Going to be honest, we made some mistakes. Grainman planted so much corn his graphics card freaked out and melted and all our computers slowed down while we tried to tame his epic field. Bottom line: we lost because of hardware failure.

Had an awesome moral victory over SPROUT GANG. Yeah, they out-harvested, but that's only because we tried a new strategy da milkman came up with. It didn't work, but we furthered the science and strategy of the game, which is way more than what Sprout Gang did. They just planted fields and systematically harvested them. No creativity or innovation. Landownerz on the other hand milked the shit out of a herd of cows we bought. You better believe our wrists were sore after that.

The boys in HARVEST OF DEATH managed to get one over on us. We're reviewing some screenshots for evidence of modded crops, which would be a serious breach of honor. Their central pivot irrigation tactics also raise some ethical issues. Meanwhile, we played a good fair game, though we lost a KRONE BIG X 1000 in an unfortunate collision with a EUROHIT 690 N. 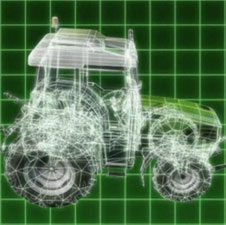 We had to kick out HAYYAY out after he spent our entire match against CLAN OVERALLS camping in a barn. The only time he left was to pop out of a corn field and tell a joke. Because of his dumb chickenshit heehaw idiocy we lost our match. REMATCH, BABIES. It was a close one, because Night Bailer demoed those awesome skills of his and made short work of several fields. It just wasn't enough to make up for the betrayal we faced at the hands of HAYYAY.

GOD DAMNIT. BLACK CO-OPS are some cheating scum. Instead of trying to play a fair match against us, they used speedplanting and autoharvest hacks. In the time it took me to some recon circle-strafing around their entire hectare of land in my Agrotron K 420 they had already planted/harvested 3 times. I couldn't believe my eyes. Needless to say, as soon as a formal Farming Simulator 2011 league gets established, we'll be having BLACK CO-OPS blacklisted.

FARMER_IN_THE_CITY here. Just want to clear the air with Subsidize This and say there's no bad blood. I know you chatted up my girlfriend and said some pretty heavy sex stuff to her, and although you did say it all using farming euphemisms (props for that) it doesn't sting any less. But LANDOWNERZ is bigger than you, me or any one of us. I'm going to let this one slide because of our big match against BLACK CO-OPS tomorrow. We need you. I need you. But stay away from Sally. 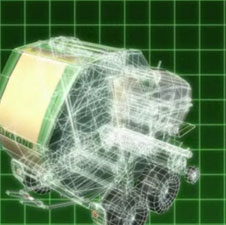 We are very sad to let go of one of our own. Crop Master has resigned, mostly because the chaotic nature of multiplayer matches causes him a great deal of stress. His mom said he has autism and needs perfect order and working with human teammates and competing against human adversaries causes him to lose control and scream. We knew about the screaming over teamchat, but we thought he was just passionate. In honor of Crop Master we're pledging a portion of any potential cash winnings in any potential future FARMING SIMULATOR 2011 professional tournaments to finding a cure for autism so Crop Master can rejoin us.

Oh, and we narrowly lost our first match against BIG AGRIBUSINESS. There were a few communication issues that prevented us from working as a team (namely a lot of screaming), which is sad because any one of us could have defeated them singlehandedly. But it was a good lesson that we need to up our game, and we will.

A NEW ERA DAWNS! LANDOWNERZ is officially founded, featuring an all-star roster of farm sim pros. We aim to dominate the FARMING SIMULATOR 2011 scene like no other clan, so look out for us.