Big fight in the office today. A blind intern felt my wife's face and mistook her for a gnarled tree trunk. This is the second time something like this has happened this month - earlier a blind guy felt her face and asked who hit Cheryl Hines in the face with a waffle iron - and she was understandably miffed. He walked out with a pink slip and a black eye, and for a few hours there we thought we were going to have to take Jen in for reconstructive surgery. Then we realized she just didn't have any makeup on.

Things are growing tense between the suits and me, too. From the beginning I told them I was making this movie so I'd have something to reference in the next one, but they don't seem to understand what I'm doing. It's always been like that. For instance, in this movie, Dante and Randall are going to argue about which argument of theirs was better: the one about Star Wars or the one about Lord of the Rings. Then, maybe three or four movies down the road, they'll argue about which argument about which argument was better. After that we'll throw in some dance numbers set to nineties grunge rock and call it a day. You readers might think it would be odd if I could make movies where the entire point of reference came from my other movies, but keep this in mind: If I make one movie a week, that's one more thing a week you can buy with my autograph on it.

I never let the tension get me down too much, though, because regardless of what happens filming starts in just a few weeks. Brian said there was no way he'd do another sex scene with my wife for under two million out of respect, and I'm glad to say we did secure funding for that. Jen's getting ready for the role like a champ - I was doing laundry the other day and noticed she wrote "Brian" on all her panties - so I can't help but end the day on a positive note.

So, from one Jersey Boy to another, have a good night. I've got a hot date with a quart of Chunky Monkey and my Degrassi DVD collection - with any luck you guys, too, will be watching an episode of a television show you wrote where you specifically asked to kiss a high school girl. Ah, to be a king.

As some of you may have read, I've been struggling with my diet recently. Well, in my updates I referred to diet as a "fucktard". Well, today all hell broke loose. I was searching my name over at the IMDB discussion boards when this gem came up, posted by "BuffySlayer69":

"Hrm... methinks Mr. Smith needs to aim his angry words towards something that can hear him. The makers of Chips Ahoy, perhaps...?"

Well you know what, BuffySlayer69? Fuck you. No, really. I'm above you message board trolls and your petty fucking insults. Did you post your picture anywhere on the IMDB discussion boards? No, you didn't. How do I know that? I searched your entire goddamn post history. Talk all the shit you want behind your Internet curtain, troll 2.0, because I have better things to do than get my feelings hurt over some nancy-ass lardboy firing off insults from the depths of his mother's basement.

You wretch. You fucking scoundrel. How dare you, BuffySlayer69? We have so much in common! Your post history on the IMDB discussion boards indicates your favorite episode of Naruto is Curse of the Dragon God; mine is Return of the Dragon God. I think we can agree those are very similar episodes in both tone and pacing. I create things for people like you, BuffySlayer69. Your name - your very online identity - comes from the same show I fucking worship.

I just don't understand people sometimes. You give and you give and you give, and they just keep taking. I have weapons in my insult arsenal you couldn't even fathom, you second-rate "burn master". I wrote an entire goddamn movie for the sole purpose of putting people like you in their place, and it worked. I slammed you people to the ground, but like the cockroaches you are you keep crawling out of the muck, wanting more.

Well you know what, BuffySlayer69? My pen, and my silver tongue, are always ready for people like you. The minute - the exact fucking second - I am done filming this movie, you're next. I will hole myself up in my office for a month and aim a burn missile right at your lumpy head. I'll make millions of dollars doing nothing more than telling the truth. What is that truth? That people like you can never cut it in the real world, BuffySlayer69. Cut me down all you want, because at the end of the day, when I'm going to bed with a model, your biggest accomplishment is leveling your Night Elf Paladin up to 60. Want to swing dicks off the bridge to see whose is longer? I'll tell you how cold the water is, motherfucker.

The nerve of some people. Good Christ. I'm taking off for the night. Hopefully when I get back people will have learned a thing or two about civility. I'm guessing that won't be the case. Goddamn idiot trolls. 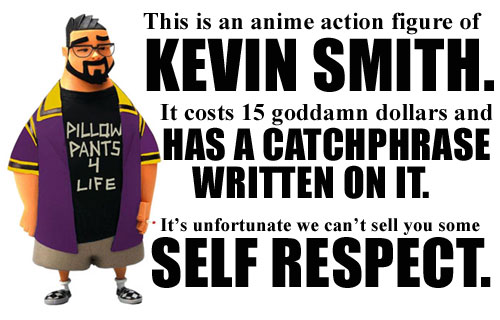 I am proud to announce that filming has finally started. What a trip! After all these hardships - financing, permits, that asshole cop at the park ticketing me because I didn't have Jen on a leash - it's finally time to shine. I couldn't be more excited.

I hope I don't get too mushy again, but I couldn't do any of this without you fans. I am simply a representative of all the Jersey Boys and Jersey Boys At Heart. I'm not going to deny it: I still get a chub when I see a 40-year-old single mom smoke her 25th cigarette of the day with the help of her her inch-long, bright red fingernails. Call it an Oedipus complex, but it won't be a red-hot poker that gouges my eyes out, if you catch my drift. I am Jersey born and bred, and I will continue to serve my people until the day I'm jailed for engaging in sexual intercourse with a minor on a bed of methamphetamines and stolen electronics. Even then I will continue to complain about the turnpike and the fact that New Yorkers think they are better than me. Blood runs thicker than water.

I feel great. Alive. My only binding is the waistline on my baggy denim shorts. Internet haters, critics, corporate shills trying to hold me down, to tell me how to do my job - they can all, in the words of the honorable Martin Luther King, suck it. When I roll on that set today and see the hundreds of people for whom life now has meaning, that's all the encouragement I need.

Even now, as I write this, Jen and Jason are packing for the trip to the filming site. They are understandably nervous and have been packing for the last two hours. Jason, with that sense of humor I've come to love, let me know what he was doing by saying "I am going to go shoot heroin, have sex with your wife, and spend every dime you've made under your false assumption of friendship." What a card! Jason can't have sex with anyone who doesn't have a baggie of white powder stuffed in a sock (it's part of his therapy), but it's funny to see him joke about his affliction. Sometimes humor is the only way out. I am glad I learned that lesson so long ago.

Again, thank you to everyone who has supported me through this rough stretch. It was an emotional rollercoaster, for sure, but unlike a certain real coaster at a certain park manned by a certain smug prick, the seats certainly weren't too small to contain me. Some of you say my movies set you free - let me tell you now, making them for you makes me even freer.

Au revoir, dear friends. These months will be lonesome without you, but I promise the result will be worth my torture. Stay safe, stay smart, and stay nerdy - your culture feeds my very soul.